{Author’s note: I absolutely recognize that this is a great film to show to a coming-of-age kid already completely aware of the birds and the bees. My perspective is that of a mother of the typical young Pixar audience who is nowhere near the age of puberty. If you are looking for a different perspective, please see what New Orleans Mom writer Jaime has to say about why she loves this film here.}

It’s Friday night, which in our house means a good old fashioned Family Movie Night. Over the last several weeks, we have seen the advertisements for the new Pixar film Turning Red coming out. We were very excited because, honestly, when has Disney and Pixar ever let us down?! The popcorn was ready, the lights were dimmed, and we were all set for a fun, familial time. However, about 20 minutes into the awkward film, I found myself questioning if I should turn the movie off because much like the pre-pubescent main character, I, too, was flooded with emotions resulting in anger, disappointment, and concern.

Just as with every movie, I checked the rating and we watched the trailer first. We were led to believe this would be a comical film, a film that would highlight Chinese culture, embracing one’s quirks, and big cute furry animals. What we were sold on, wasn’t what we got. Yes, there were quirks, but not the typical Goofy / Donald Duck kind – more like the teenage girly ones that derive from puberty. I’m pretty sure that if my boys knew what they were getting themselves into, they would have opted for a different movie. The kids didn’t laugh much during this “comedy,” and there were questions that I had to answer such as “What are those?” (referring to the Kotex pads) and “Why is her mother so mad?” (when Mei Lee’s mother threatens the store clerk’s life for taking advantage of her innocent little girl). NONE of these topics were even hinted anywhere in the trailer or description. My kids and I just weren’t prepared for what we got ourselves into. 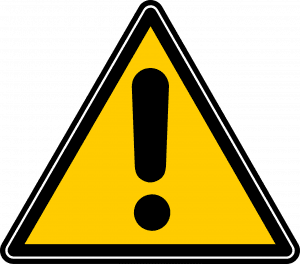 I’m not an overly conservative person when it comes to mature content in movies. I’ve let my kids watch PG-13 movies dozens of times. I absolutely intend to discuss periods and sex with all of my kids but on my time and at a much more appropriate age other than 3, 5, and 7. Heck! My 9 year old even knows exactly where babies come from and how they’re born. It’s easy enough to assume the title of this movie is literally about a red panda, but when the topic of a girl getting her period comes up, multiple times, I have the A-Ha moment! Ok, Disney, I see what you did there, but how’s about a little HEADS UP?! At the first mentioning of the Kotex pads, ok, I thought maybe it was a little adult humor. But then, Mei Lee’s mother makes a huge deal about the pads waving them about because she thought her daughter left them at home while she’s on her period. Ok, so this wasn’t just subtle adult humor; this movie is going there, I realized. My kids had questions at this moment.

Talking about periods wasn’t on the agenda for this carefree evening. And, honestly, it isn’t on the agenda anytime soon for my little girls. Having these conversations, in the middle of a movie, I might add, is just as hard on them as it is on me. Yes, I was blindsided with having to address this topic, but so were they. Is my 5 year old daughter supposed to just accept the fact that she’ll bleed from her vagina every month for years to come to prepare her body to have sex and have babies and then finish the hour and a half of the fun family movie?! As if! I remember those conversations with my own mother. I cried … seriously. It can be a scary, uncertain, and serious topic — not something to briefly explain in the middle of an animated movie. It’s just not the family dialogue we should have during this lighthearted evening or even in the first 5 years of life, to be honest.

The scene in this “family” movie that really got me wondering if I should continue to watch with the kids is when Mei Lee is alone in her room, fantasizing about the cute boy from the Daisy Mart. She finds herself drawing pictures of him, detailing his muscles and his abs. Suddenly she’s hiding under the bed with her drawings and starts drawing faster and faster and faster as she gets bug-eyed, panting heavily. I immediately perked up from the couch and was ready to hit the remote because I honestly wasn’t sure where Disney was going with this scene next. The insinuation was a bit uncomfortable for me sitting next to my little girls. 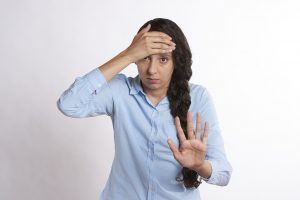 To intensify the awkward scene, Mei Lee’s mother finds her drawings and gets disgusted as she turns the notebook sideways and upside down to view the center-folded, inappropriate drawings as if she just found her daughter’s porn stash from under her bed. Words like “sicko” and “sexy” were thrown around in these moments of the movie. Now, I 100% recognize that my girls will have crushes (my 5 year old girl has already begun that phase), and I can absolutely appreciate that time in her life where she becomes a bit flirtatious and likes boys, but she doesn’t need to see Mei Lee getting so wrapped up in her feelings, hiding her intense feelings from her mother, and then getting shamed for it. I think it’s cute and quite innocent when my daughter comes home to tell me how the cute boy from class chased her on the playground, but I feel like this movie could’ve tainted that. It was a bit extreme for my daughter to see a little girl taking her thoughts to that level on the screen.

The other female characters in the movie seem to be a bit obsessive with boys themselves. I mean, a couple of characters mention “gyrating” one’s hips multiple times when it comes to feeling those feelings toward boys. Why do I need to make the connection of crushes to private areas with my little kids? A crush is just a crush to them right now, nothing more. This movie suggested it can definitely lead to something more. The same girls who “gyrate” in the movie literally drool over boys throughout the entire film whether it’s the boy-band they’re hustling money to see, the older store clerk, or some boys playing basketball. I mean, they actually catcall at the boys from the bleachers. Liking boys and flirting is completely natural and normal, but do we really need to teach our girls that’s it’s ok and even a little funny to do the same thing we’ve been trying to teach our sons NOT to do? Pick a political correctness here, Disney. 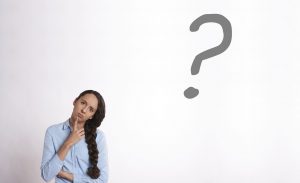 At the end of the day, the humor just went over their heads.

What was meant to be funny for a youthful audience, wasn’t. Mature content aside, the 2002 setting had no appeal to my kids either – Tamagotchis and CDs are things of the past that I don’t think my kids have a clue about. Now, this is the one fraction of the movie I actually did personally enjoy because I thought the satirical boyband bit was spot-on and did bring me back to my own 13 year old girl feels, but my own kids couldn’t relate and quite frankly were unimpressed and not entertained. 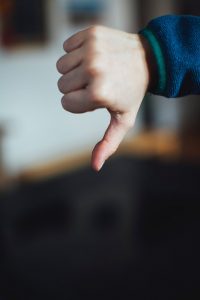 Call my kids sheltered; call me uptight; call me naïve; make all the excuses. But, Disney did not need to force me to have these mature conversations with my kids. When advertised on Disney+ as a cute furry panda, of course the little ones are going to beg to watch. But when the cute furry panda, forces my kids to understand things their little minds just aren’t ready to grasp, it definitely leaves me feeling duped and my kids slightly corrupted. I give this movie two RED angry faces. The kids didn’t appreciate it and Mommy couldn’t handle it. I highly recommend doing your own research on the film before turning this one on for the family.

Tell us, what did YOU think of the movie???