Expectations of dads have shifted significantly over the past 20-30 years. Remember when Mom was tasked with doing everything while dad came home after work and retreated into the den to catch the game? In the 1980s and 1990s, dads heard new demands from their wives to participate more in childcare. A little later, we’ve also seen another shift in the family structure with a baby boom for gay parents. With higher rates of societal acceptance, marriage equality, and easier paths to becoming parents, gay couples are now raising children more and more. Nearly 30% of gay couples in the South have kids! 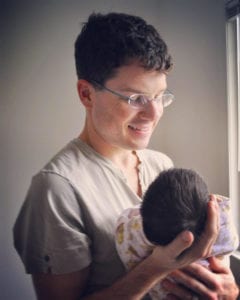 Despite these social changes, research shows that moms continue to do the lion share of parenting and domestic work in heterosexual relationships. This is even while moms have full time careers and likely other care giving responsibilities for their aging parents.

There seems to be greater societal openness to women challenging gender norms (not saying it’s easy!) when compared to men. Many dads feel fine picking up from daycare, but how many dads are the room parent? Many dads make dinner, but how many dads feel comfortable being the one to take off work with a sick kid? I think a lot of this has to do with dads feeling constrained about what they can and cannot do as a parent based on masculine role expectations.

If gay men have taught us anything, it’s that we certainly can be confident and flexible with how we express ourselves. And, when gay couples have kids, there is no default – “mom’s got that” option. Instead, gay parents have to and get to experience the full range of parenting – the warmth and tenderness of bonding with your baby along with being the provider and protector. Additionally, gay parents divide up domestic work based on skills, interests, and time – you know, rather than dividing up work based on body parts. 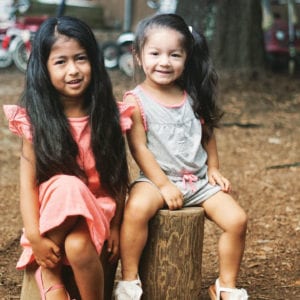 How is this changing how everyone thinks about dads this Father’s Day? I remember an ah-ha moment two years ago. I was wearing our one-year old, Isabella, and cutting up food for our 2.5-year-old (who also had braided hair!) at a restaurant without my husband. I looked around for a moment and everyone was amazed that I – a dad – could handle something like this. People came by to tell me what a good dad I was, and I really appreciated their kindness. But, a dad came up to me – laughing – and said, “Man, I could never do that!” I wanted to say – why not? But, I’m Southern and just smiled and said, “Bless your heart.”

All joking aside, being a gay dad is such a blessing for me because I don’t feel constrained by arbitrary expectations of what I can and cannot do as a parent. Moms and dads everywhere can see gay dads feeding their kids, braiding hair, struggling with daycare pick up, scratching backs at night, kissing boo-boos, being the room parent, arranging playdates, decorating for birthday parties, and everything in between. This example of seeing more and more gay dads doing everything shows it’s completely possible and important for all dads to be a full and equal participant with moms in the work of raising kids. So, on this Father’s Day, let’s celebrate the contribution of gay dads teaching everyone that dads can and should be a full-time parent just like mom. 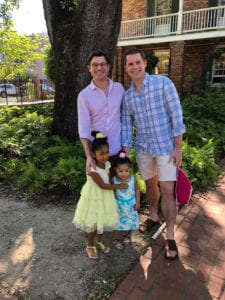 John is a Gulfport, MS native who moved back south 3 years ago. John and his husband, Michael, are dads to Rosie (4.5) and Isabella (2). They adopted both children at birth. John goes by daddy and Michael goes by pa-pa. John is Co-Director of the Cognitive Disorders and Brain Health Program at Ochsner Health System and Michael is a Medical Psychologist at Ochsner Northshore in Mandeville. You can follow him on instagram @thepsychdads where he posts about his family, parenting, and psychology.

Does YOUR Child Know a Second Language? They Should! {Sponsored Giveaway...

How to Avoid Getting Scammed By Fake PayPal Email {Guest Post...