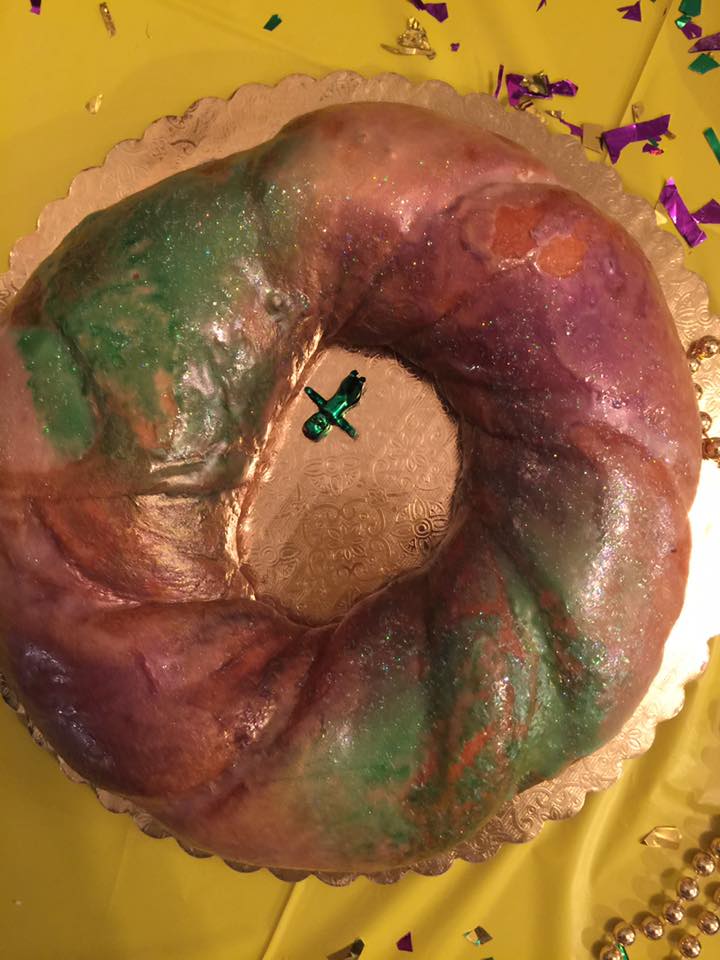 In New Orleans, we take down Christmas decorations and immediately re-decorate for Mardi Gras. Some people even keep their Christmas trees up and just change them to Mardi Gras trees. Carnival is a whole other season in this city {see our Ultimate Guide to Mardi Gras With Kids for more on that}! Not only does Mardi Gras mean parades, Popeye’s and finding a place to pee, it also means king cake. This is my particular favorite part of Carnival season, and there always seems to be king cake every where I go (gosh, darn it). We thought it would be fun to blog on all things king cake, polling to see which one takes the crown (pun intended). New Orleanians are nothing if not passionate and opinionated about food, and this was no exception. King cake is like gumbo: everyone has a favorite, every family has a tradition and many people won’t veer from the familiar.

Naturally, I have my favorites. In my quest for the best, I of course, added one to the list. My top two for quite some time have been Hi-Do Bakery in Terrytown and Randazzo’s (both Manny Randazzo’s and Randazzo’s Camellia City). Hi-Do and Randazzo’s are not really comparable, as the king cakes are very different styles. These two were also the top suggestions when I polled friends and readers for their favorite king cakes. Hi-Do has more of a pastry dough and just the simple colored sugar. It’s not too sweet, which I really like. This popular Vietnamese bakery packs people in for Mardi Gras, but you can order these year round in any color and filling you like. My favorite is the fleur de lis shape filled with Bavarian cream. While you’re at Hi Do Bakery on the Westbank, pick up a few croissants … you won’t be disappointed. 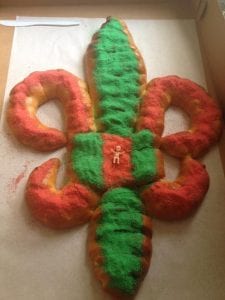 Randazzo’s is a traditional, quintessential king cake. It has the poured icing with Mardi Gras colored sprinkles. I really like cream cheese filling because it keeps the king cake moist. It is sweet, but it’s what most people would think of when they reminisce about king cake. When I was pregnant I ate as much Randazzo’s king cake as my family would supply me with the moment it was available.

The new king cake I added to my list was Sucre. I’ve seen their king cakes before and always thought they were absolutely beautiful, almost like works of art. The Sucre king cake arrived in a nice box, with a bright king cake baby and beads on top. Although I didn’t open it until almost 10:00pm, I still had to try it right away. As Sucre recommends, I heated it in the microwave for about 5-10 seconds. No joke, it tastes like “buttah.” I tend to lean towards the king cakes that aren’t overly sweet and this one fit the bill. Their version is a danish pastry filled with creole cream cheese. It was divine, especially with a cup of cafe au lait. My 2.5 year old son loved it, noting that “it’s so sparkly!” Like many bakeries here in New 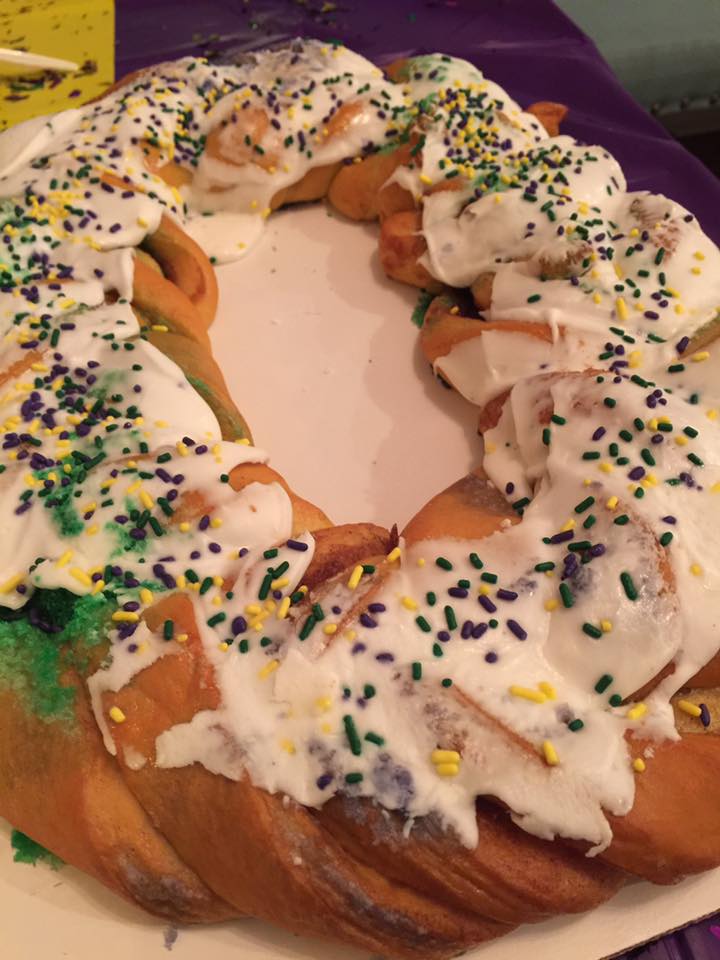 Orleans, Sucre ships to your family and friends. Just writing this, I want to go get another one.

While I couldn’t possibly name all the places people love, the other bakeries most often mentioned were Haydel’s (which gets a shout out for their all too convenient king cake trucks around the city), Antoine’s (which I find similar to Randazzo’s), Nonna Randazzo’s, and of course, McKenzie’s. McKenzie’s has the nostalgia we all grew up on in New Orleans, and while there are no more store fronts, you can find them at Tastee Donuts. For grocery store king cakes, Rouse’s seems to be the top suggestion, although you know know that Whole Foods makes a berry chantilly king cake (holy moly is all we have to say about that). I have also been told that Dong Phuong is worth a visit and that the “La Galette De Rois” from La Boulangerie will literally change your life. If you’re in or around Hammond, we suggest Berrytown Produce and in Boutte we’d send you to Take Away Donuts. Last but not least, we also really enjoy the O’Delice Bakery king cake, as well as the Cake Cafe goat cheese king cake. Finally, when we ship king cakes we always use King Cake King.

Which one is your favorite king cake? Do I need to keep tasting more?

I Had a Cesarean Delivery and It Wasn’t Part of my...