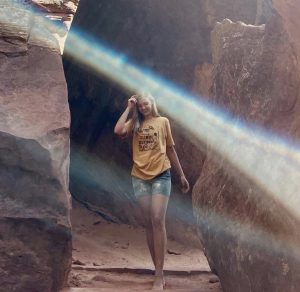 I am sure you have heard by now the story of Gabby Petito. If you haven’t, here’s a rundown and timeline of events.

Gabby is a 22-year-old social media influencer that has been missing since late August, having embarked on a cross-country road trip with her fiancé Brian.

On August 12th, police pull over Gabby and Brian after seeing the vehicle speeding and then swerve off the road hitting a curb. Body camera footage from the police officer shows Gabby emotional and crying. Gabby is seen telling a police officer that they had been fighting all day and she was distracting him from driving. Here is the body cam footage.

On August 30th, Gabby’s mother said she received an odd text from Gabby. The text read “Can you help Stan, I just keep getting his voicemails and missed calls.” Stan is apparently her grandfather but Gabby never called him Stan. Her mother doesn’t think she sent that text.

On September 1st, Brian returned home to Florida without Gabby. On September 11th, Gabby’s family reported her missing. When police went to Brian’s house that night, they were handed a business card for their lawyer.

On September 15th, Brian is officially a suspect and is not cooperating with authorities. Here is the statement from the attorney:
“Many people are wondering why Mr. Laundrie would not make a statement or speak with law enforcement in the face of Ms. Petito’s absence. In my experience, intimate partners are often the first person law enforcement focuses their attention on in cases like this, and the warning that ‘any statement made will be used against you’ is true, regardless of whether my client had anything to with Ms. Petito’s disappearance. As such, on the advice of counsel, Mr. Laundrie is not speaking on the matter. I have been informed that the North Port, Florida, police have named Brian Laundrie as a ‘person of interest’ in this matter. This formality has not really changed the circumstances of Mr. Laundrie being the focus and attention of law enforcement, and Mr. Laundrie will continue to remain silent on the advice of counsel.”

On September 17th, Brian is reported missing by his family.

A few days ago, the remains of Gabby were found, Brian is still missing.

I can’t imagine the heartache and pain Gabby’s family is going through and the need to have answers as to why such an awful thing happened to their daughter. I can understand Brian’s family wanting to protect him, but if my child did something wrong, he will own up to his actions. Now both families’ lives are forever changed.

What do you think happened to Gabby?

Top Gifts for Teenagers This Christmas