We love our small house in Mid-City. We love our neighbors, we love the shops and restaurants nearby, and we love that we have a driveway– what a rare commodity in this city! We’d moved from the Marigny where I felt constantly on guard when out and about (especially by myself); in the five years we’d lived in our Mid-City home, I’d rarely, if ever, felt that way.

Until I was reminded that crime can happen in any neighborhood, especially in New Orleans.

My son and I pulled into the driveway last fall after a long day at school and work. He often runs ahead of me to the front porch, and when I climbed the three stairs behind him and saw the door slightly ajar, Momma Bear Mode kicked in.

I pushed him behind me and cautiously peeked inside. I remember debating whether to even peek at all or to grab him and run, but curiosity got the better of me, and I looked. What I saw was our living room in complete disarray. Now, I’ll be perfectly honest and confess that our house is never what I call “catalog clean,” but this was a different sort of messy. It was ransacked.

When I pulled my son away from the porch and down the front sidewalk, the only other observation that registered was that the house felt warm and humid like the September weather outside. How long had the door been open?

I brought my son to my neighbor’s house and, in tears, called 911. I could barely hear the woman who answered my call, and it only added to my frustration and worry. She asked if there was anyone still in the house, and I could only answer, “I don’t know.” I explained that I was alone with my then 3-year-old son (my husband was out of town for work) and hoped that that would speed the process of getting a police car to our home. It didn’t.

I wondered what to tell my son. He was three, but he still understood and saw that I was upset. Luckily, he was happy to be playing with our neighbor’s young son and their two dogs, so I told him the power went out and that I needed to go check things out by myself.

As I walked back to our house, I noticed my other neighbor outside of his home; his go-to contractor’s truck was parked outside, and they were talking on the porch. It turned out that my neighbors’ house had been broken into, too. The neighbor and the contractor volunteered to go inside my house with me to check things out.

When we entered, I realized that the ransacking was more extreme than I had thought. The sofa cushions had been thrown to the floor, and all of our dresser drawers had been emptied. Medicine cabinets were thrown open, and paintings and pictures had been taken off the walls. But I also realized that my laptop and camera were still sitting on the living room ottoman, and the one TV we own was perfectly fine, still in its armoire. My jewelry was also safe in the master bath. Our fire and waterproof safe had been broken open, but all of our important documents were still there. 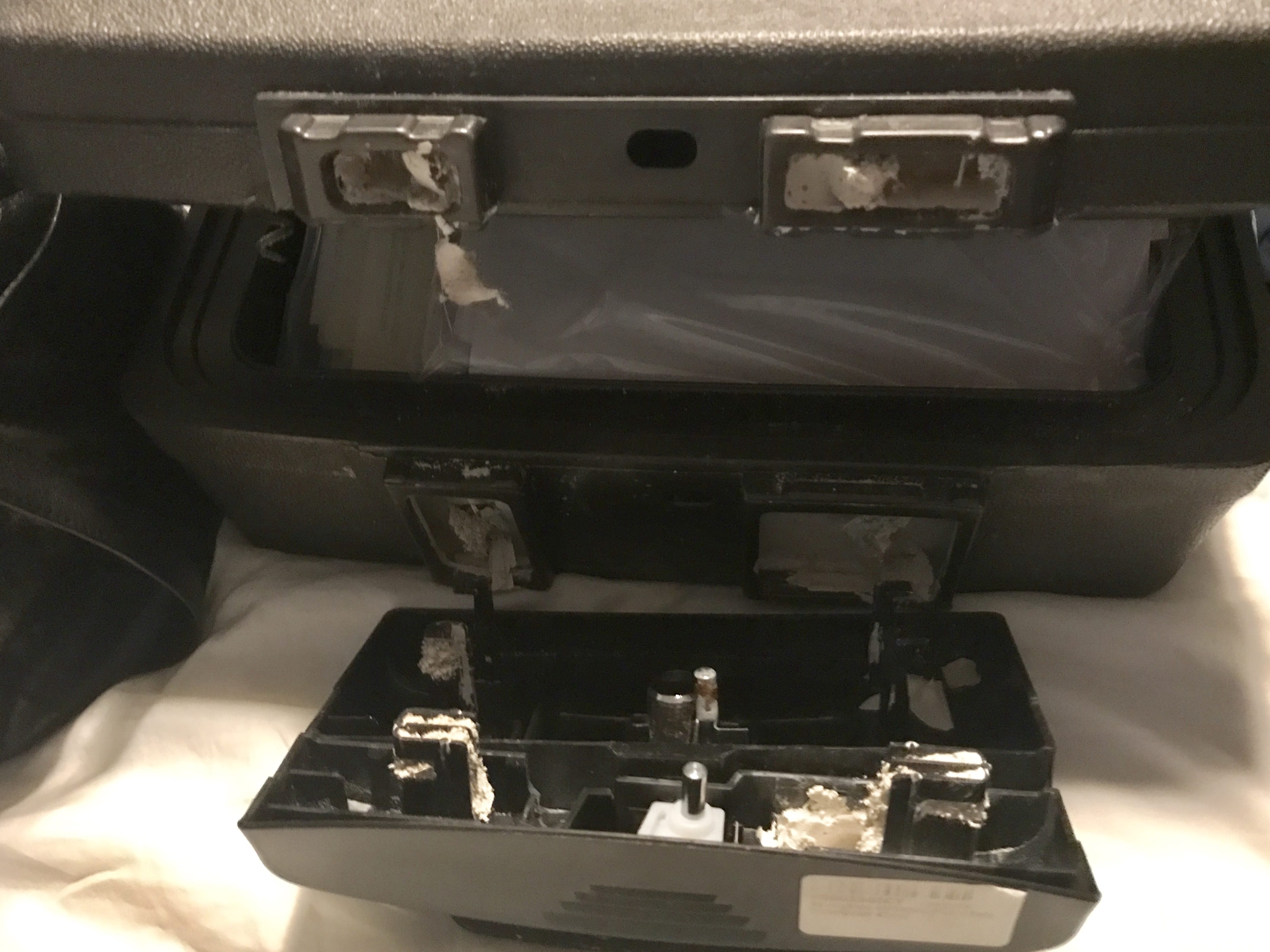 What sort of robbers were these?

They had entered through the back door, using a crowbar to pry the screen and security doors and their door frame apart. They had also opened the fuse box to cut our power. They grabbed our Costco roll of trash bags as they moved into the laundry area. The kitchen that followed next in their path was untouched, and my son’s room was mostly ignored– thank goodness.

It took two hours for the police to arrive, and when they did, they were patient with me as I reviewed everything I had discovered. They never once made me feel rushed. We asked and answered each other’s questions, and they dusted for fingerprints on the medicine cabinet’s mirror and a few other surfaces. Our officers are stretched so thin in New Orleans, and I am grateful for the kindness they showed when they were finally dispatched to my house. 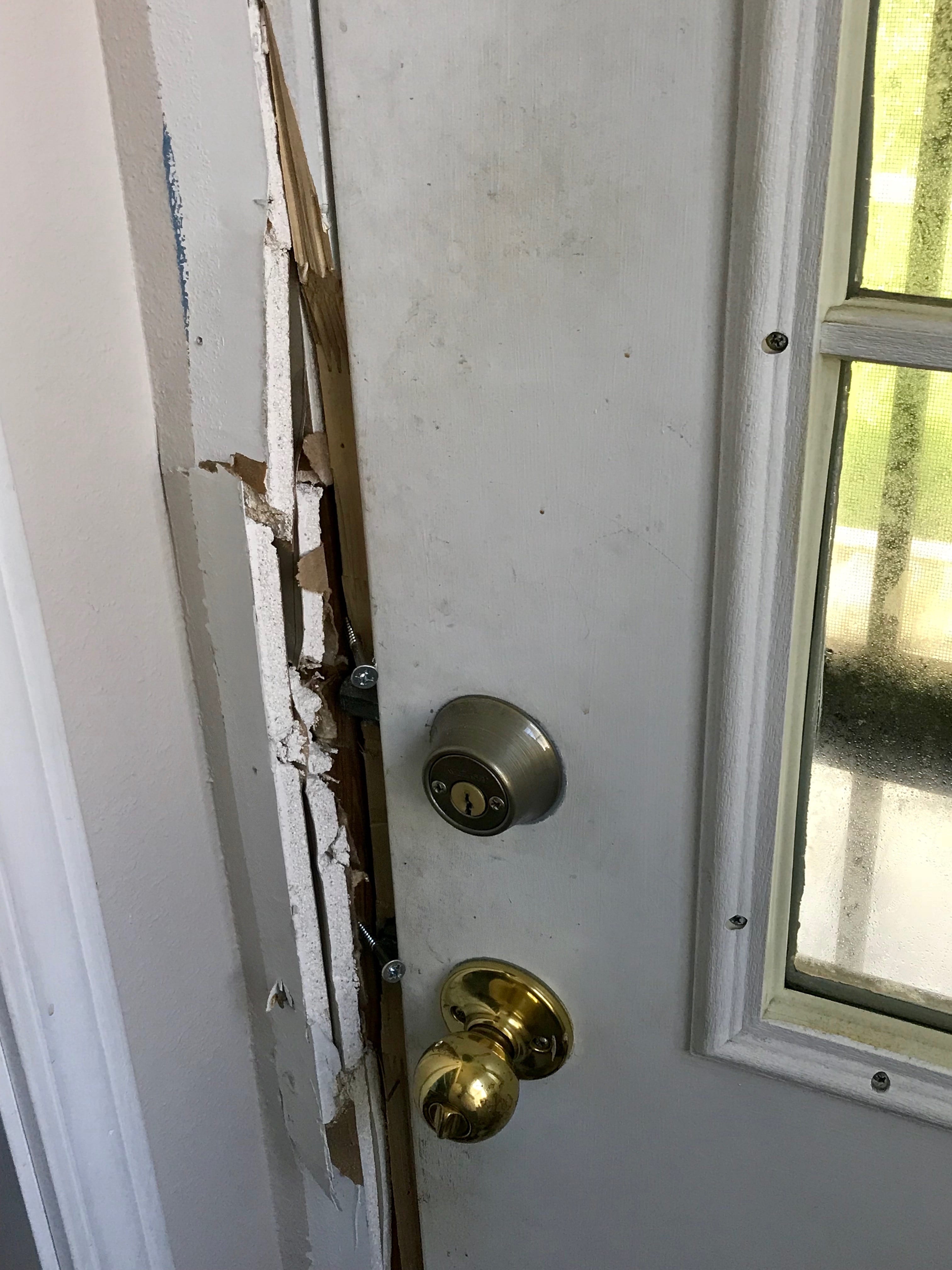 After cleaning up the mess left behind by the criminals and the mess left behind by errant fingerprinting dust (that stuff is hard to clean, y’all!), we nailed the back door back into place, and I cataloged all that had been taken: the roll of trash bags, a half-used bottle of perfume, and a large Ziploc bag of coins I had been meaning to bring to the bank. That’s it. My neighbors were only missing a half-used bottle of toothpaste. No joke.

Looking back almost a year later, I feel incredibly lucky that we weren’t in the home at the time of the break-in, which was estimated to have been around noon. My son and I were safe. I also feel lucky that our most valuable items– both those tied to our identity and accounts and those that hold emotional value– were left untouched. We replaced the back security door, and we added an extra layer of protection with secondary security doors in the front and back of the house.

My initial worry and sadness about the break-in evolved into anger and fear, and though the anger is largely gone, the fear remains. It makes itself known with mystery sounds at night and crime-related reports on the news. It also comes up when my husband and I talk about gifting each other security cameras for Christmas. These are things we shouldn’t have to think about, but we live in a city that necessitates it. No neighborhood is 100% safe.

It’s cliche– I know– but this experience reaffirms that family, friends, and community are what’s most important in life.

What Makes Someone Southern, Y’all?