My son is — how do I put this nicely? — a mischief-maker. Class clown, busy-body, instigator, sh*t-starter. Peter Rabbit himself would undoubtedly befriend my little rabble-rouser. You may even know the type yourself, as he’s the second born. A day does not pass without some sort of disruption reported to us from school, disruptions that may come in the form of talking out of turn, making fart noises during class, not following directions, running in the halls, etc. Where he goes, a disturbance is sure to ensue. And though I can honestly say he never does anything with any kind of malicious intent, there are many times he can’t seem to help himself. He manages to make poor decisions on a daily basis resulting in some frustrating conduct reports from school.

In addition to his poor conduct, he’s super clever – an extreme combination. My son has shrewdly figured out the system. For only being in 2nd grade, he’s quite astute. A conduct grade doesn’t mean anything to him. He gets an infraction for acting silly in line resulting in the loss of 3 points from his grade; he doesn’t care. He racks up 5 more points of infractions for not following directions after being warned; he doesn’t bat an eye. He loses 5 more points for rolling on the ground during class; he couldn’t care less. When his weekly conduct average drops to a certain low point, he must serve a detention involving a silent self-reflection assignment before school. When he accumulated too many of these, he lost out on the reward field trip at the end of the semester. None of this seems to phase him because, honestly, he knows he has nothing to really lose here. He can be quite difficult to manage because of this. And, as frustrating as I’m sure it is for his teachers, it’s even more challenging for us at home. 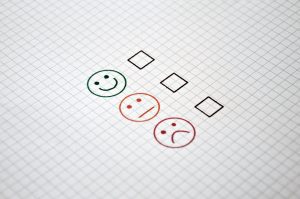 Trying to manage a young child’s behavior from a distance is hard. The rules are explained and reinforced at school, and we do that again for him at home, but the pressure and anxiety alone is enough to add even more stress to this situation. We did reward systems; we made charts to foster positive reinforcement (even though he had a chart at school as well); we left positive notes and reminders in his school things so he would remember to behave at school; we started waking him 30 minutes earlier just to run on a treadmill to maybe release some of that extra energy he was carrying around; we’ve exchanged countless emails with teachers; we’ve had in-person conferences resulting in letting him stand instead of sit during class and issuing consequences that resulted in cleaning up around the schoolyard. You name it, we tried it. The only thing left to do was sign a corporal punishment waiver to get this boy to behave. Despite all of our efforts, he just couldn’t seem to consistently make good decisions…until Santa got involved.

Now, before I go on, let me explain a little background of our family’s home life. We have been a device-free home for 9 years. When my husband and I started having kids, we decided from the get-go that screen time would not be a thing in our household. Sure, we both had our own phones and work laptops; however, we vowed from the very beginning that our children would not be exposed to these things at a young age. The few times they have been exposed (with grandparents or friends), we noticed a very strong, compulsive desire for the screen – begging for it right away, unwilling to stop when asked, becoming irate when taken away. These were all red flags to us.

Of all of our kids, our little troublemaker seemed to have the strongest desire for screen time. He was always playing video games when hanging out at friends’ houses and constantly begging for something at home he could play. This past Christmas came at a time when his conduct was at an all-time low. I mean, shopping for coal was definitely on this Mommy’s to-do list several times, and I wondered, would it really come down to this?! I just didn’t have the heart to do that, so I discussed a plan B with my husband, and so far, it seems to be working in our favor. 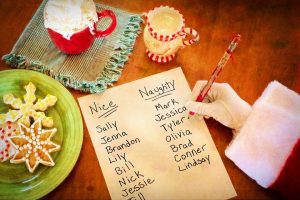 Instead of continuing to punish him for his conduct, we allowed Santa to bring him a Nintendo Switch. It was easier this way since Santa was an outside third party. We did this with the notion that he would start the second semester off on a fresh, clean slate, and the bright and shiny new gaming system would be the carrot we dangle to keep him on track. See, we knew he would absolutely LOVE this gift; we’ve seen the hearts in his eyes whenever he saw his friends with one. We also knew that over the next week and a half of Christmas break, he would have absolutely nothing to do except play and become hooked on this gaming system. We basically went against everything we believed and practiced for nearly a decade, but we had a strategic purpose. We let him play with his new toy as much as he wanted, and boy, did he play his little heart out. Once school was back in session, we made a deal. For each school day he could make it through without receiving any conduct infractions, he could play with the Switch when he got home. Just one single infraction resulted in no gaming device for the day. Each day we started over. There were also other obvious rules in place such as finishing homework and keeping the Switch and its accessories locked in our console. Our new little gamer is also our most athletic child, and all of the extra-curricular activities he’s involved with doesn’t allow an incredible amount of down time anyway, so we knew this wouldn’t have gotten out of hand. BUT, nonetheless, he was excited to meet the challenge – whatever it took to play on that device!

Screen time for the W!

8 weeks into the second semester, and I’m happy to report that it’s working! He’s been bringing home “A”s and “B”s in conduct! He still has his slip-ups, and there are two weeks where he dropped down to a “C”, but STILL! A “C” in conduct is far better than the weekly “D” and “F” averages he was bringing home last semester! This momma will take it! We seemed to have found a happy medium between conduct concerns and screen time. The potentially addicting behavior is kept at bay as well as the goofy antics at school. I never would have thought giving in to the screen time would be my saving grace for my second-born’s behavior. Not only has the behavior at school improved, but I’d be lying if I didn’t admit to how nice it’s been to not have to referee so much at home while he’s playing video games. I can see the appeal by so many parents now. 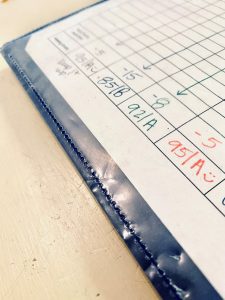 Over the last couple of months, we haven’t noticed any concerning behavior regarding the new device in our home. We’ve set our rules and boundaries, and we’ve consistently adhered to them. He’s rewarded right away with the Switch when warranted, and it’s kept locked away when necessary. The irate behavior and compulsive desires have not come out since this has been the tone we set on the very first day back to school. I don’t know if this strategy will work forever. He may tire of the gaming device or outgrow it, but I’m perfectly happy and content riding this out for as long as it’ll last.

Dear Mommy Always on Her Phone …. You Do You, Boo!