I’ve read it on many mom blogs and even heard it on emotional Facebook videos: it won’t always be like this. As moms, we won’t always be up at night, soothing crying babies or patting little bottoms. It’s meant to be a cautionary statement about how our tiny babes are going to grow before our very eyes; how time is fleeting and how they don’t stay little forever. And to that I say: thank goodness. For real.

It is my nature to romanticize everything. In most instances in my life, I can look back at an event that was objectively terrible by any metric (think: Katrina, job loss, pregnancy loss, etc.) and extricate some positive spin on it. So for me, it’s less about appreciating what I have right now – because believe me, I do – and more about reminding future me that it wasn’t always sunshine and rainbows. In a decade or so, when I’m in the middle of pre-teen angst and I’m finding myself pining for the days of a cherubic-faced little tot, I’ll need this post to reel me back in from the brink. Yes, toddlers are so dang cute and cuddly. But toddlers will also zap every last drop of your energy and laugh maniacally in your face as they do it. They have no sense of logic or basic social decorum. Put simply, toddlers don’t give a flip. 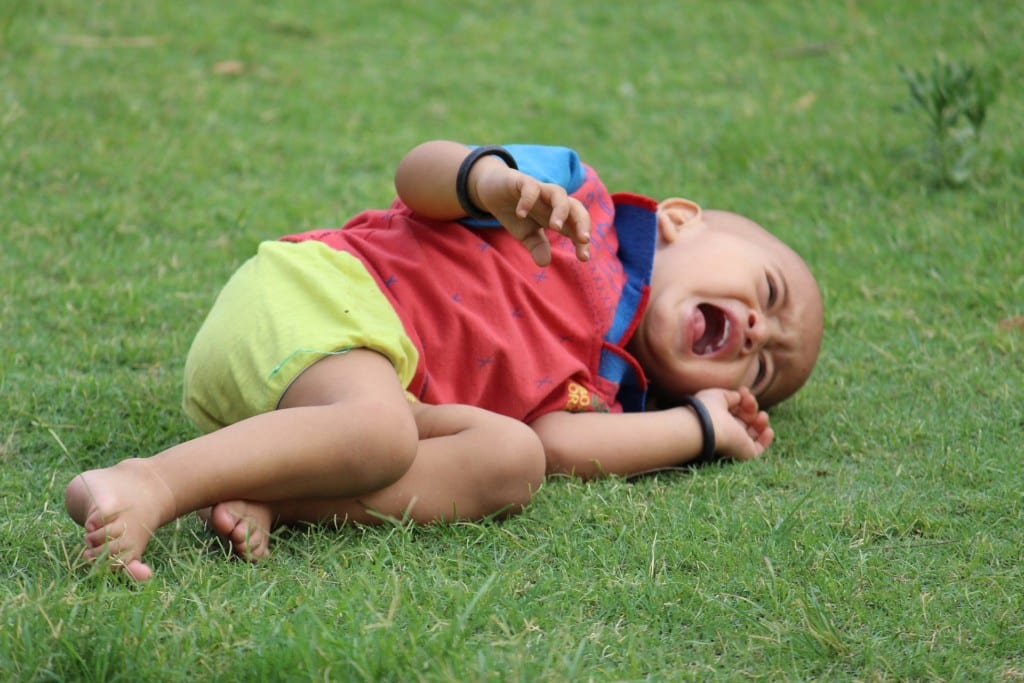 So no, mama, it won’t always be like this.

He won’t always poo in his diaper in the Chick-Fil-A play area and then refuse to leave the crawl spaces, effectively smoking out all the other children.

He won’t always strong-arm everyone in the house into watching that one YouTube video of the Boston Terrier making pasta carbonara six (yes, six) times in a row.

He won’t always vomit with such force that he completely evacuates the contents of his stomach whenever he tastes the smallest bit of something he doesn’t like.

He won’t always treat bedtime like a hostage crisis.

He won’t always demand to wear his preschool uniform seven days a week, making it his de facto life uniform.

He won’t always lock eyes with you during a public tantrum, screaming, “I WANT MY MOMMY!” leaving you simultaneously shocked that a two-year-old can enact such a bold power play and wondering if you should actually get a maternity test (if there is such a thing).

This is just a season.

No, he won’t go to college in a diaper. Or with a pacifier. He’s not going to matriculate still battling a seemingly unconquerable fear of the pediatrician or barber or of falling into the washing machine, for that matter. He will eventually request to watch a movie other than Boss Baby. One glorious day, he will grow to have the blessed ability to reason. His little problems will some day turn to big problems, but he will be well-equipped to attack them head on with the emotional toolkit of a young man. Right now, his emotional toolkit is actually just one single tool, and that tool is screaming. And that screaming is almost always unintelligible and in a public place where screaming is frowned upon.

So hold on, mamas.

With every season of childhood there are ups and downs. Pros and cons. You probably won’t forget the sweet cuddles or the excited hugs at the end of a long day once those cuddles and hugs become less frequent. But also don’t forget that year-long stretch when he lost his mind any time he had to wear a sweatshirt and would walk around with the general populace holding his shirt up in protest for hours at a time, crying and bearing his midriff despite the fact that it was 40 degrees outside. Remember those moments, because they will help to ground you in knowing that parenthood has not suddenly turned into some dystopian hellscape. Nope. It’s always been like this. We just need to accept this parenting thing for what it is, and what it will forever be: chaos and beauty co-mingling. Cherish those perfect, precious moments. But savor that chaos, too.

25 Date Ideas In and Around New Orleans