Sometimes, when I feel like I’m not where I expected to be at this point in life, I remind myself that I’ve already accomplished the thing I most wanted my whole life: to be a mom. As a lesbian, there were points as I entered young adulthood when I thought that dream might never be possible. Even though I grew up in a very loving and open-minded family, I struggled, at times, with my sexuality because I felt like it was at odds with my dreams of starting my own.

By my early thirties, however, I was legally married to a woman and expecting a baby. I was nervous, of course, like all first-time parents. I tried my best to prepare well. I read lots of blogs and books and was collecting words of wisdom from anyone open to giving them. Somewhere along the way, I’d picked up a piece of advice that it was important to stay positive. When someone told me horror stories about their birthing experience, I’d listen politely, then walk away cheerfully practicing my mantra: I am staying positive! My body is healthy and strong! I was so committed to being positive and optimistic that I didn’t even read the part in our birth book about c-sections since I was certain that I would not be having one. 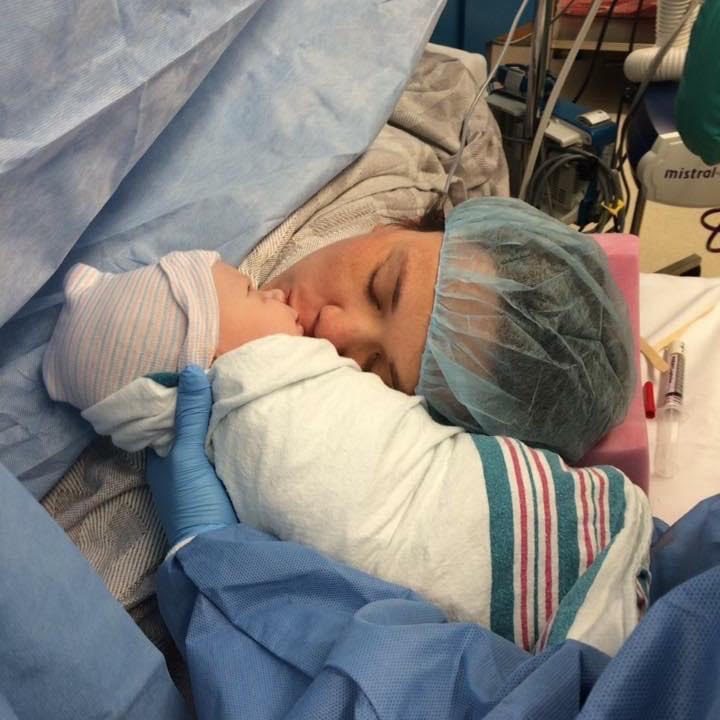 As it turned out, in spite of the careful thought and good intentions that went into creating the birth plan (water birth, unmedicated, good vibes only, etc.), nothing at all went as planned. In case anyone reading this is expecting, I’ll spare you the details and say only that it wasn’t how I’d pictured it happening. We decided on the name Theodore, Theo for short. It means “divine gift,” which, in the throes of postpartum depression, colicky nights — and days!, low milk supply and unsuccessful latching, leading to exclusive pumping and supplementing, and the intense loneliness that comes with being a stay-at-home first-time parent, that felt a little aspirational. Although the truth is, through all of those challenges and those still to come, Theo is a better gift than I could ever have dreamed.

Although it wasn’t what we’d planned, my wife and I separated. We committed to being loving parents to Theo and reconceptualized our relationship with each other as healthy co-parents. Now we weren’t just the gay family, we were the gay divorced family. I worried a lot about the challenges Theo would face as a child with two moms. I wondered if I would know how to explain prejudice to a little kid. I wondered if Theo would be embarrassed by our family. I braced myself for the bumps.

What I learned is, as with most plans, you just can’t account for the behavior of others. Theo and our family were lovingly welcomed nearly everywhere we went. To this day, Theo is still best friends with kids from babyhood, and I have a group of mom friends who are supportive and open. And the best part is that none of it has been all that hard. Nothing has to come with a preface or disclaimer about being a two-mom family. It’s just … okay.
Since Theo’s birth, we’ve been anticipating potential struggles and negative experiences because of our family. 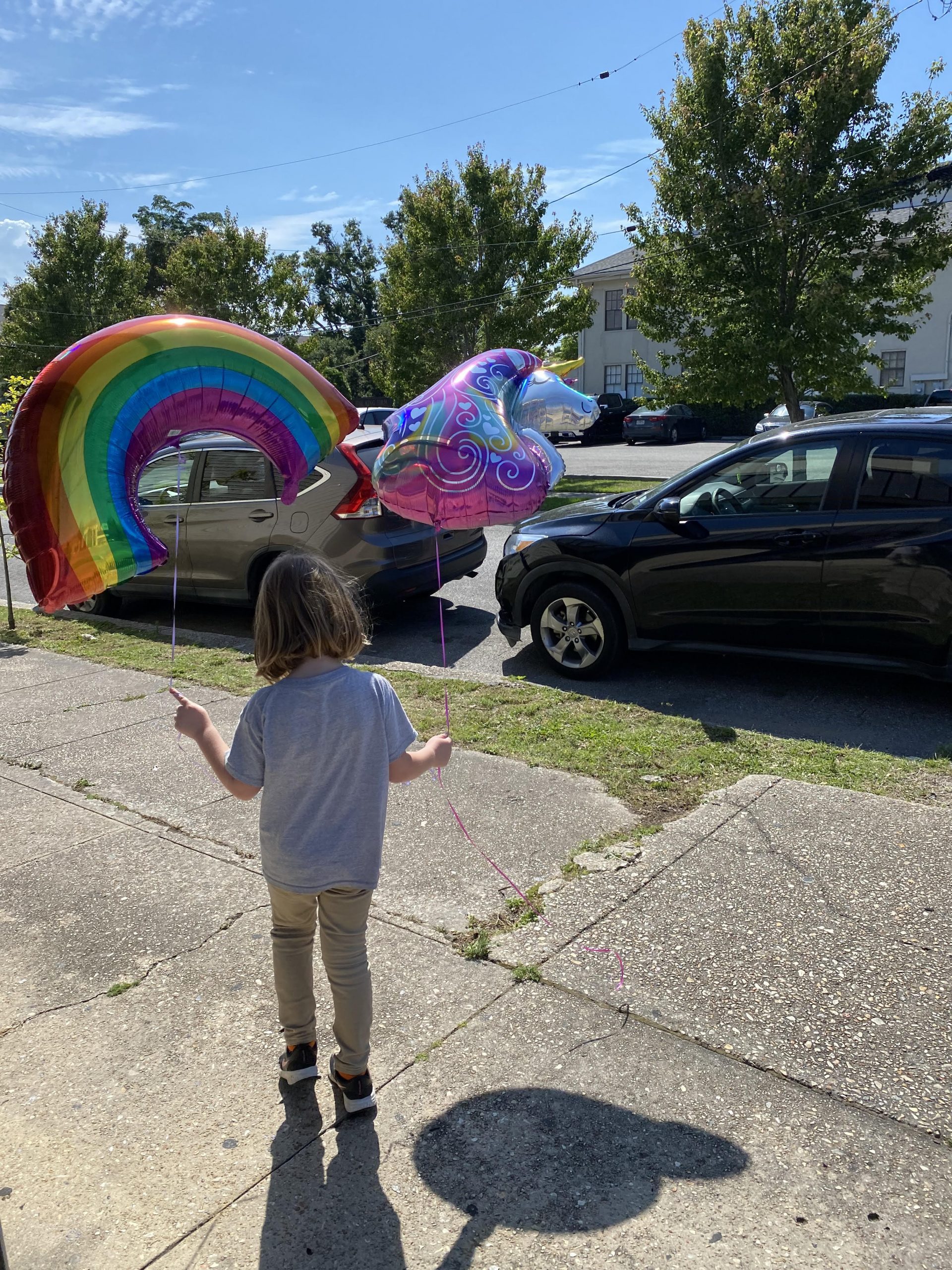 Every so often a kid at school or someone we don’t know asks, “Where’s Theo’s dad?” And our response has always been: Theo doesn’t have a dad. Theo has two moms. And that’s that. To the credit of our little community, Theo seems to have no clue that there’s anything about us someone might not like.

In fact, at the beginning of this month, I mentioned to T. that June is Gay Pride month. It didn’t seem to register, and so I asked, “Do you know what the word ‘gay’ means?” For 6 years, Theo has been one-third of our gay family, yet, it’s been such a nonissue that at that moment, I realized I’d never defined the word. I clumsily explained that it’s like how our family has two moms instead of a mom and a dad. I said that because there are some people who think families shouldn’t have two moms, Gay Pride is about celebrating who we are even though others might not like it.

I wasn’t sure whether anything was hitting, and when that happens, it’s peak awkward run-on sentence babbling mom time. So I continued: “Even though some people feel uncomfortable or don’t like it, we know that we are a family and we love each other and we have so many people who also love us and know that we’re a family. Right? Because what makes a family?” Without missing a beat, Theo said, “Friendship makes a family.” And who could have predicted that?

I’m so glad this isn’t what I had planned! 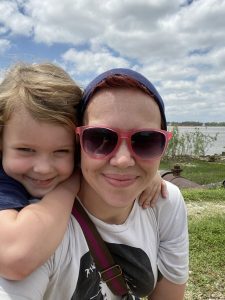 Caitlin (she/her) was born and raised in New Orleans and lives in Arabi. During the Great Pivot of 2020, she decided to prioritize less stress and more health, happiness, and time with her family. She now owns and operates a small vegan business. When she’s not talking to people about aromatherapy and raw diets, she’s doing science experiments with her phenomenal kid, Theo.

Why This Public School Teacher Is Sending Her Kids To Private...