You have done it again! When I first wrote to you, I was in awe of the humbled example of success you portrayed for my son and so many little athletes all over Louisiana. Then, a year later, I wrote to you as so many of us Louisianans proudly cheered you on and wished you luck in your NFL rookie season, hoping we would one day see you achieve all that you deserve and more. And now, holy stripes! What can I say, other than, we knew you could do it and… “Who Dey!”

Did you ever think you’d be here?!

Did you ever think just two years removed from that remarkable LSU National Championship win you would be here, prepping and packing to play in your first ever Super Bowl performance?! Did you ever think, just 5 years removed from riding the bench at Ohio State, you’d be back in said home state, representing the Bengals in the big game after their 30+ year drought?! Moreover, did you ever think you would have an entire Who Dat Nation purchasing and reppin’ Bengals gear and chanting, “Who Dey?!” (despite arguments over who chanted it first)?! Your football career, thus far, has been sensational, inspirational, and just so darn entertaining to watch, to say the least, and Louisiana is still your biggest fans.

Sacked 62 times, yet here you are!

You are clearly a legend in the making with your modesty and work ethic combo, a force to be reckoned with and qualities I still point out to my own son who is watching your every move. Your record-breaking performances are dropping jaws and beating odds! How exactly does the most sacked quarterback in the NFL manage to get to this point? Probably for reasons such as being the first one out on the field before the big game. Or, maybe it’s because you give credit to McPherson and your defense instead of reaping the cheers all for yourself. Or, how about the fact that the Titans got through your O-line NINE times in the Divisional Round play-off game, yet your feathers remained unruffled?! Your composure after each win this season was impeccable; you focused on that next game, that next step to that ultimate win. It’s clearly not about celebrating for you as it is about raising the bar to climb to that final goal. You continued to let your team and the media know, it’s not over yet! Your leadership, albeit still quite fresh and new, is clearly what this team needs to make history just like LSU needed it a few short years ago. We down here in Louisiana never doubted you for a second this season as these are all qualities we saw in you before. I have no doubt you have convinced football opponents everywhere that the Bengals are back, and your drive is fierce.

All the LSU feels

Watching you win the AFC Championship brought back so many emotions for LSU fans all over. My own husband even said it; “I haven’t seen you this excited over a game since LSU won the championship.” Well, Joe, it’s true! You’ve done what our beloved Saints couldn’t this year, and you’ve done what so many of us remember from that winning season you donned purple and gold. There’s a sense of pride and joy that is so familiar and comforting when watching you play, between getting to see the Ja’Marr Chase and Joey B duo in action again or seeing the snapshot of the purple LSU wristband you were sporting on your wrist before a game; we’ve poured our hopes and dreams into you way back when, and we’re fully invested in your successes and ambition now and in future years.

So, thank you, Joe, for all that you have done. Thank you for remembering where you came from; thank you for continuing to give us and the Bengals edge-of-your seat entertainment; and, finally, thank you for doing it all as the human being your mother raised you to be, a humbled leader with a strong work ethic. May the Bengals always remember the treasure they have in you. From one Bayou Bengal to a Cincinnati Bengal, “Who Dey, Baby!”

A Tiger fan through and through 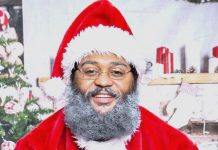