Goals, we’re told, are good to have. They’re so good, in fact, that they’re now the new resolutions. I get this. Resolutions are hard and fast. You are resolved – resolutely – to do or do not do something. There’s no halfway meeting a resolution which is why when you fail to meet them, it’s so deflating. Goals, on the other hand, are aspirational. You aspire to do something or be something and you articulate a plan to get there, but there’s some considerable wiggle room and grace if things go haywire.

I haven’t been a resolution person. I always found it kind of arbitrary that on the date we all agree is the first of the year I’m magically supposed to change something just because it’s this particular date. And, the usual resolutions never appealed to me because again, why should I start eating more vegetables just because the calendar reads January 1?

Goals, on the other hand? I can do goals. Just the word gives me a little thrill to think about what might happen if I actually achieve the goal. At any given time, I may have 4-8 separate goals running – although how many of them are goals versus checklist items, I will not admit. I firmly believe that it is a goal to get the laundry put away before it’s time to do another load. But, I also don’t fight to make it a priority. 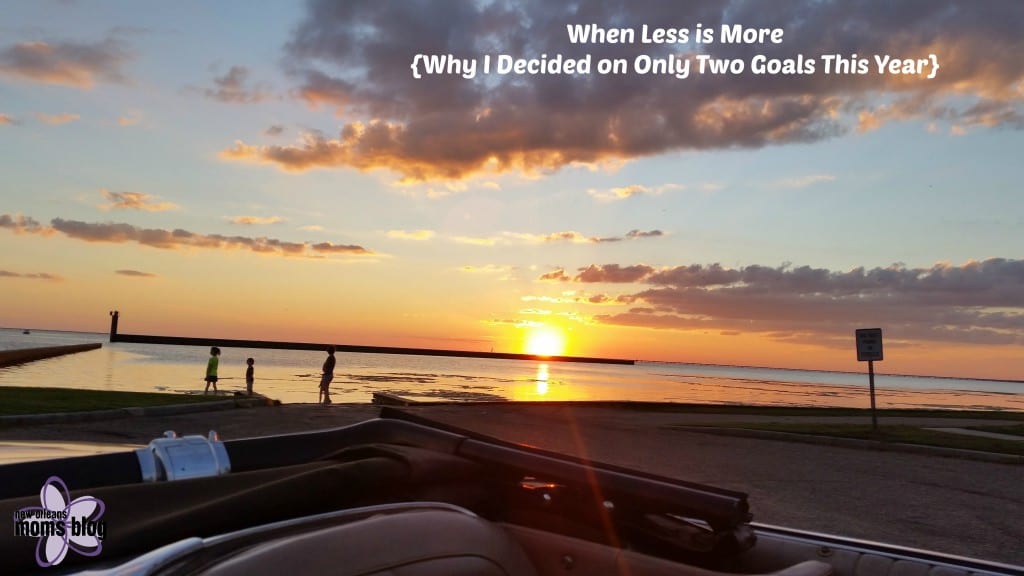 I have goals at work, goals at home, and goals for just me. The hardest to pin down, though, are my goals as a mom. In the end, I decided that less was more … as in less goals was better for my mental health. The main reason for this is because making goals for how you will parent small human beings is never solely about you as the parent. It’s about you, them, how you interact, whether the moon is full, if Netflix is working and whether the food is placed perfectly on the plate. In other words, it is so much more than just you. This is why, in the end, I decided on just two simple and finite goals this year: avoid car line at all costs and claw back more time for myself.

Why the hate for carline? Waiting in the car for 45 minutes to inch up car by car to pick up an antsy kid sounds as appealing as a root canal. Doubly so if the 3 year old is with me. My son is 100+ days into kindergarten, and I have a perfect record of non-attendance. I’m going for 100% for the year because if I’m in carline, it is because I didn’t get the kid on his bus in the morning.

Clawing back time is definitely the harder of the two goals. I don’t want time confetti or little bits of time here and there in between obligations that take more time. I want full on chunks. The only identifiable chunks in my schedule have been at night when I’m already tired and worn out from the day of working, child wrangling and keeping house. I will usually indulge in a glass of wine so fine arts and crafts are best kept off the table. Reading at that time puts me to sleep, so I will default to watching TV and surfing the internet. Every night.

This bothered me a lot. Once I added up all of the hours I was spending zoning out, not paying real attention to either the TV or the internet, I was appalled at how many hours had been sucked down the drain. Since the evening time is still the most reliable chunk in my schedule until a long time from now, I realized that my best option for clawing back more time was to use that time better. It’s not the large afternoon chunk I really want, but it’s a good start and doable. I’ve started to use that time for less wine drinking and more writing, some reading and some crafty-ness. After I wrapped my Type A mind around the fact that this is not about being more productive but about taking more time to do things that I enjoy that I wouldn’t otherwise be able to do, I was able to fully enjoy it, too. 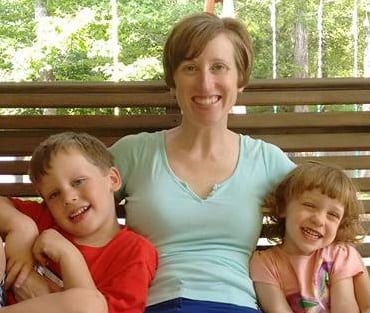 Can We Please Change the “Invite Everyone” Rule?