Let’s be real. If you’ve never nursed a toddler (i.e. someone who can toddle/walk around), then you probably have a hard time wrapping your mind around the notion. As someone who has nursed two toddlers, I’m on the opposite side. I have a hard time wrapping my mind around NOT nursing a toddler. Nursing a toddler is part of my definition of normal parenting as it’s part of my everyday life.

But that wasn’t always the case. I remember my eyebrows raising the first time I saw a mom nursing a two year old. I was supportive of the idea in theory (without ever giving it much thought), but since I was pre-children and had never nursed at all, it struck me as a little weird. 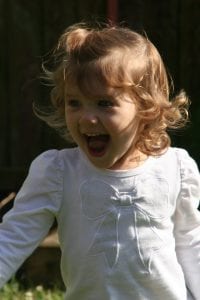 Now I have the perspective to realize that it was weird to me in the same way that many aspects of my parenting life would have seemed weird to my pre-parenting self: I just had not yet had personal experience with them.

I’ve encountered various attitudes on the topic. I’ve never personally experienced anything more negative than raised-eyebrow-raised-pitch-questions like “But you are going to wean him/her one day, right?” My toddlers have nursed at predictable times, so I’m not often out in public when I’m nursing. And to a bystander, “Mama mih, mama mih!” probably doesn’t mean all that much.

I was much less confident nursing my first child as I passed his first birthday and felt myself entering less crowded company. Now, with my second, I know lots of other mothers of nursing toddlers.  All normal women, by the way. I regret ever thinking someone was “weird” simply because of a parenting choice. 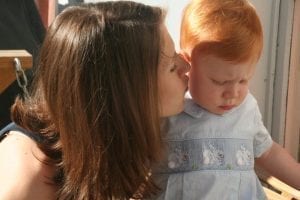 Which leads me to my second point. There are some impressive benefits of toddler nursing. Breastmilk is always the best food for a child. It’s the milk of his own species, tailor made by his mother to adapt to each stage of his life and to provide the specific immunities he needs in his specific environment.

What’s really interesting in the second year of nursing (and beyond) is that while the total calories consumed via breastmilk decrease (replaced by solids and other sources of nutrition), the percentage of key nutrients received via that shrinking breastmilk portion stays very high. For example, an 8 month old baby might still get 70% of their calories via breastmilk; a 20 month old might be getting only 30%. But that 30% of breastmilk is offering 60% of the Vitamin C that child takes in. And 74% of the child’s total Vitamin A. And 92% of total Vitamin B12! Think of that toddler breastmilk as becoming much more nutrient dense. And breastmilk is the only nutrition that passes along immunities. That virus older brother has? Mom’s body has been making antibodies from her first exposure and passing her immunities along to her toddler through her breastmilk.

Benefits extend past nutrition and health. Breastfeeding soothes and offers a surefire way for that child to be with and connect with his/her mother. It is a constant in that child’s life and a comfort. Nursing is a magic soother for boo-boos, fears, and illnesses. I remember being a bit overwhelmed the first time my son was sick after he’d weaned. 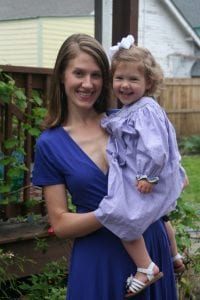 So with all these benefits, why ever wean? Haha, only kidding. I firmly believe there is no right age to wean. A “right” age flies in the face of common sense. Every child is different; every child hits milestones (be they crawling, walking, talking, potty training) at very different ages. The same mom could practice child led weaning (following the child’s cues and only gradually dropping feedings) and wean her three different children at different ages. I’ve seen that with my own children. My son weaned ever-so-gently going gradually from five daily feedings at 12 months to nursing for the last time at 23 months. My daughter, 23 months next week, has strongly resisted efforts to curb her nursing time, and we’ve had to be creative with how to put up some limits. But Cora is not Jack, so why would she be ready to give up nursing in exactly the same way as he did? If she needs some extra months of snuggles, “vitamin shots,” and being my baby, I have a feeling in 20 years, it’s a decision I’ll celebrate, not regret.

For more information on nursing a toddler, check out these great resources. For information on upcoming La Leche League of New Orleans toddler meetings, contact lllofneworleans {at} gmail {dot} com.

Photo Albums in the 21st Century: An Idea to Capture Your...