My husband and I had decided shortly after our third daughter was born that three girls was plenty and that he would get a vasectomy.

Two weeks later, I found out I was expecting again.

Healthy Baby, Not So Healthy Momma 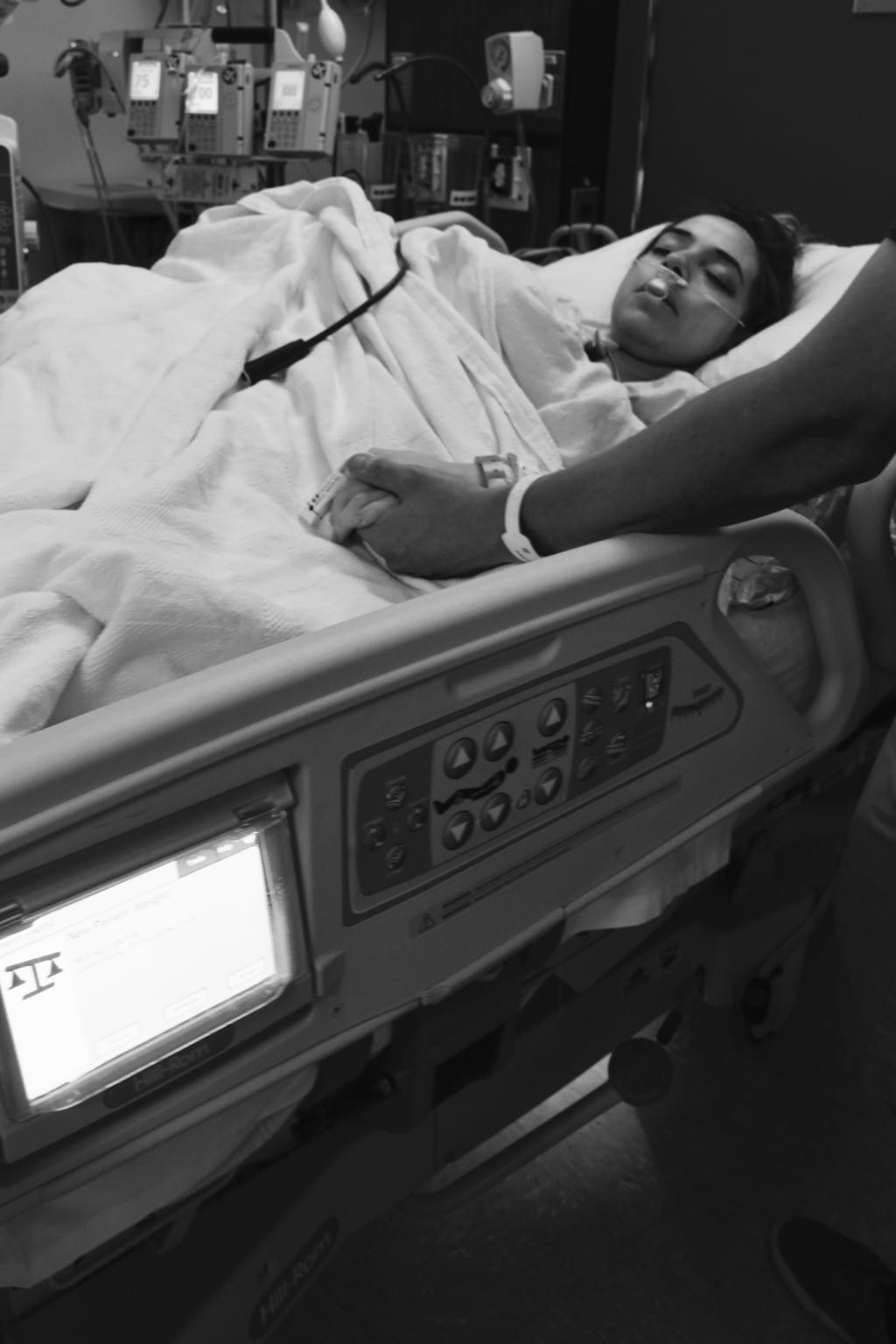 The initial shock wore off (which took a couple of months) and at 18 weeks, we found out our fourth girl looked perfectly healthy. The news for myself wasn’t as positive. I was diagnosed with complete placenta previa, a condition where the placenta covers the cervix completely instead of being attached to the sides of the uterus. The previa in addition to my previous 3 c-sections also put me at risk for another condition called placenta accreta, where the placenta attaches itself too deeply to the uterine wall, and in more serious cases, the placenta can actually grow out of your uterus.

My doctor told me that she would perform another ultrasound in 6 weeks, and if there were no changes in the position of the placenta, she would send me to a high risk prenatal doctor (MFM). I went back 3 weeks later crying and told her I couldn’t wait another three weeks, so she went ahead and did the ultrasound that day. There was absolutely no change to the placenta so she went ahead and gave me the referral. I was at the MFM’s office 5 days later.

I was told that I did, in fact, have placenta accreta and because I was only 22 weeks, the condition could possibly worsen before delivery. The doctor explained that I would almost certainly need a blood transfusion and hysterectomy and explained this was a life threatening condition. I left that appointment completely broken, not knowing how I was going to go home and see my girls knowing that I may not have much time left with them.

I went back to the MFM two weeks later and was told that the placenta looked worse … it was deeply embedded in my uterine wall and was now extremely close to my bladder. The hospital my MFM delivered at could not handle the extensive surgery that I would need, so she explained that I would deliver at a larger hospital, but then the NICU would have to come in and take baby to a different hospital since there was no nursery at the hospital I would be at. I left that appointment frantic to find a doctor at a bigger hospital with a maternity department.

After many frantic emails and phone calls, I was able to get an appointment with a new MFM at a larger more equipped hospital. At my first appointment with my new MFM, Dr. Stafford walked in and sat on the table next to me while I was having my ultrasound and before ever even looking at the screen, she put her hand on mine and told me everything was going to be ok and she wouldn’t let anything happen to me. I instantly felt like a dark cloud had just been lifted off of me. She explained that placenta now looked to be on my bladder, but there was no way to know for certain until the surgery. My cervix was also starting to shorten. She said to come back in two weeks and if my cervix was any shorter she would have to admit me.

Well low and behold, two weeks later my cervix was even shorter. I came back the next day to be admitted. The thought of being alone in a hospital for weeks and over an hour from my husband and daughters was crushing. The following day, I had a cystoscopy performed (a procedure where a camera is inserted into the urethra to examine the bladder), and it showed the placenta had not penetrated the bladder but was sitting on top of it. I was only 28 weeks when I was admitted, and delivery was planned for around 34 weeks. 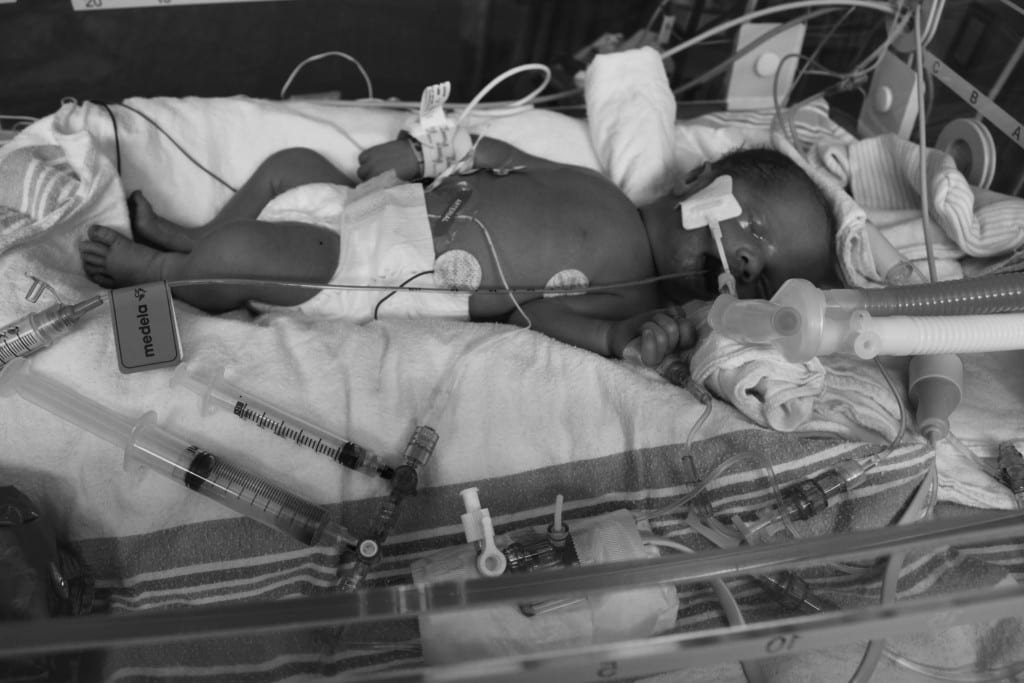 The days were long and I was left alone with too much time to think about all the what ifs. Luckily my sister was an absolute saving grace and would come sneak me out of the hospital everyday and wheel me in my wheelchair to the Mexican restaurant next door.

Delivery day finally came, and I was brought up to the main operating room and told they had blood products waiting for me and that I would have to be under general anesthesia for the surgery. Being wheeled into the OR was so surreal. I couldn’t believe this was happening to me. I moved to the operating table, and the anesthesiologist put the mask over my mouth. I remember telling myself to take slow deep breaths and just fall asleep, it’ll all be over soon. I closed my eyes and drifted off with tears rolling down the sides of my face. I woke up in ICU with my husband, sister and a group of nurses that had been caring for me in the weeks leading up to my surgery.

I felt an overwhelming sense of relief that it was all over and I made it. The surgery ended up being 5 hours with about 5 units of blood products transfused (about half my body). The placenta had wrapped itself in my cervix and around my ureter so there was reconstructive surgery to re-implant it into my bladder as well as my hysterectomy. I was left with a catheter and stents for a few weeks.

Sloane, our fourth baby girl, was a perfect 4lbs 12oz and stayed in the NICU for 3 weeks.

Although it feels like a lifetime ago or that it happened to a completely different person, that was only 18 months ago. After that experience, I realized that I can do anything so I am following my dreams and currently studying for my MCAT with hopes of medical school. I want to be able to empower and inform women the way my amazing doctor did with me. 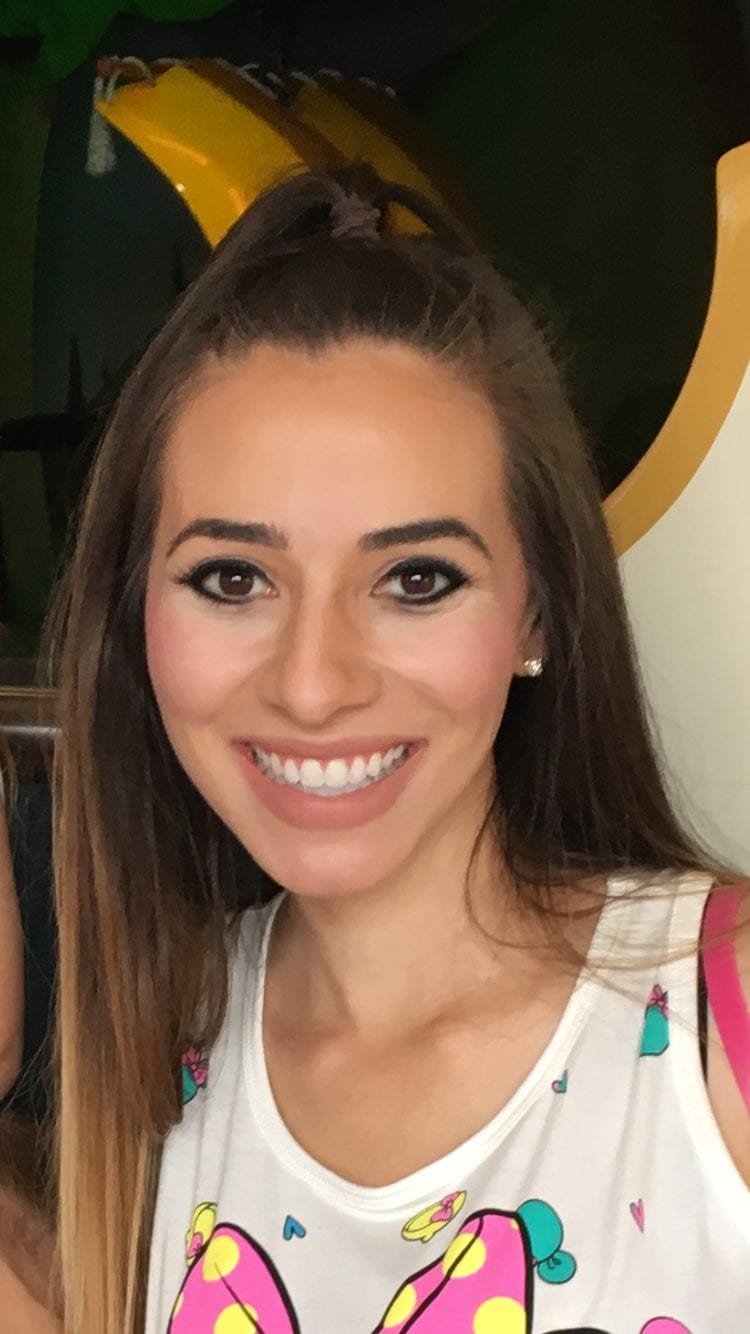 Morgan is currently a pre-medical student at Southeastern Louisiana University and lives in Hammond with her husband and four daughters. She is placenta accreta survivor with a passion for empowering her girls to follow their dreams. She enjoys naps, trying new foods and adventures with her girls.

Compassion and Kindness :: Learn These And More in Country Day’s...