Earlier this summer, my best friend and I took my three boys on a road trip to Virginia. We had a great time, and I am here to pass on my words of wisdom. The caveat is that if you don’t have three 11-year-old boys, my advice might be completely meaningless. But maybe not!

We were going to be gone for two and a half weeks, but only three days on either end would be spent driving, so we put everything we didn’t need on the roof, and I packed a small carry on with just enough clothes for three days (for all of us) and put that in the car. That way, we didn’t have to unload everything every night.

We planned stops in every state to liven things up, even though it made our journey considerably longer. But the boys loved it. We used roadsideamerica.com to plan our stops, and without it we wouldn’t have found a giant catfish in Slidell or the World’s Largest Rubik’s Cube in Knoxville, or a giant pencil in a small town in Virginia. (Among other things.)

I also bought some license plate sticker books so we could play on the drive, adults vs kids. (Adults won.) There are a ton of road trip games available on Amazon, so take a look at their selection.

I had the boys download lots of episodes of their favorite tv shows from Netflix to binge. Now they are completely caught up on Parks and Rec and The Office. Great! Now they’ll know what “that’s what she said” means! 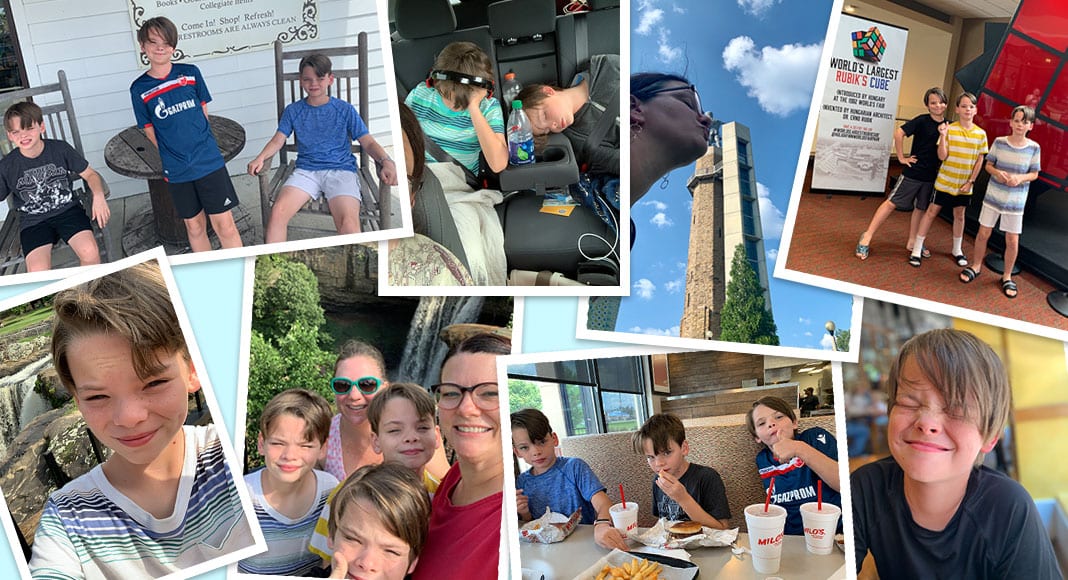 Just note that you may have to upgrade your Netflix account to allow downloads on several devices, and some shows will only allow you to download a few episodes at a time. But they put different episodes on each of their iPods and rotated them, so it ended up okay. Obviously, headphones are a must, and charging cables and/or batteries, depending on your vehicle.

They also played their Switch and pretended to read their summer reading books. Meanwhile, Kristina and I chatted and listened to music while we searched for different license plates. (Not to brag, but we got 43 out of 50.)

I gave each kid a $5 budget at the dollar store. They didn’t even finish their snacks on the three-day journey! Five bucks goes far there. We also loaded up a soft cooler with bottles of water because I’m a mean mom who wouldn’t get Gatorade or Coke. Also, bring some plastic cups in case they want to share snacks, and of course paper towels and wipes.

Each kid brought their own drawstring backpack to keep their stuff in. (iPod, snacks, a book that they weren’t going to read, etc.) That way I wasn’t lugging their crap around or having to keep track of it. It also forced them to be responsible. (Pardon me while I crack up laughing.)

If your trip should happen to go through some areas that have scenic vistas, make the kids look up from their devices for five seconds. They ain’t gonna see a view like this in New Orleans, that’s for sure.

Driving in mountains while it’s raining

Keep lots of Benadryl on hand to drug the kids so their panic doesn’t make you drive off the side of the road. Theoretically. Also, make your friend drive and close your eyes. I don’t recommend having the kids drive. 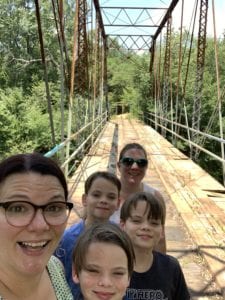 My one regret (really!) is not having a selfie stick. We probably would have gotten better pictures, but as long as you take a bunch, you’ll be fine. Just remember to get in the pictures too! (In lieu of a selfie stick, setting the self-timer to 3 seconds works well too – gives you a little time to get situated.)

I guess that’s all the advice I have if you happen to be on a road trip in the US with eleven-year-old triplet boys, but I hope some of it’s useful no matter how many kids you have. At least I can say with complete confidence that it’s much better than a road trip with 3 five-month-olds.

What tips do you have for road tripping with preteens? 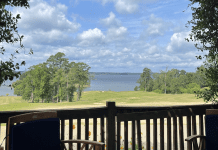 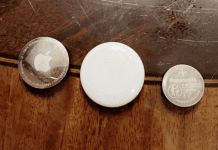 Jazz Fest? No Thank You!