With raising three girls, my mom has experienced her fair share of girl drama. Whether it was between the three of us or with friends, there was plenty of it. It basically comes with the girl territory. At some point along the way, she read the book Queenbees and Wannabees by Rosalind Wiseman. It talks about cliques and the roles girls play in the social circle. You and I know this as the movie, Mean Girls, as the book was the inspiration for the movie.

What is a Fruit Cup Girl?

One of her takeaways from the book was the role of the Fruit Cup Girl. This would be defined as a girl who is totally competent and capable of doing something but instead, prefers to play the damsel in distress. Used in a sentence, it would look something like this, “Oh Johnny, I can’t open my fruit cup. Can you use your big muscles to help me?” (Insert gag face here)

My mom wanted her three girls to be independent, confident, and definitely not reliant on good ‘ol Johnny to open our fruit cup. Fruit Cup Girl became an adjective in our house growing up. She would call us out for not stepping up to the plate. Helplessness was not allowed. The simple line, “Don’t be a fruit cup girl,” is what she would say.

My sisters and I still use it on each other to this day. In fact, I called my sister out just recently for needing her husband to do something with her PayPal account that she totally could have done herself.

Now a Fruit Cup Girl does not mean spit in the face of the person opening the door for you, that you should burn bras or have girl power tattooed on your arm. Definitely accept help, be courteous and a team player. It just means you can do whatever you want to do. Do not be defined by the fact that you are a girl.

My mom’s anti-Fruit Cup Girl campaign included not using your femininity and the need to be rescued as something to attract the opposite sex. She wanted us to find a significant other that was a good balance for our personalities. Helplessness and being clueless are not attractive traits. It may get attention, but it is not who you truly are. She wanted us to find a counterpart that would complement and walk alongside us in life, not someone who had to lead because we needed to be led.

Her definition of a Fruit Cup Girl also meant that you shouldn’t look to a guy to do things that are typically defined for him. Again, girls are totally capable of doing plenty of things; just because it is not the typical role, don’t let that stop you. I, for sure, can open my own fruit cup. And I can also take the trash out so my hubby can take a turn bathing the kids. If he has a busy week at work, I pull out the lawnmower and get the grass cut so when he comes home we can spend time together as a family instead of him tackling the lawn. I can do this because she encouraged us to not settle for the standard “girl role,” whatever that means. Yes, cutting the grass usually falls to the hubby but consider it a work out and a tan … and check, you have yourself a mowed lawn. That one simple line, “Don’t be a fruit cup girl,” became a line of empowerment.

This was one of those lessons that didn’t really make sense until adulthood hit. I have now realized that it helped to shape who I am. I am thankful for this now, but at the time I thought it was just her way to get us to do things.

Now that I have two girls I want to instill this in them as well. I know they are still very young, but I will make sure they can open their own fruit cups! 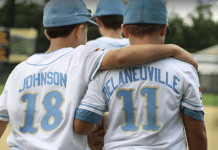 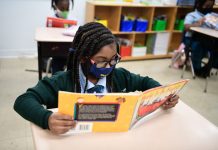 Setting Sail from New Orleans: Cruising with a Toddler

Those Who Can, Teach: When Mom Needs Orientation