Santa Never Came to my House … Until I Had Kids 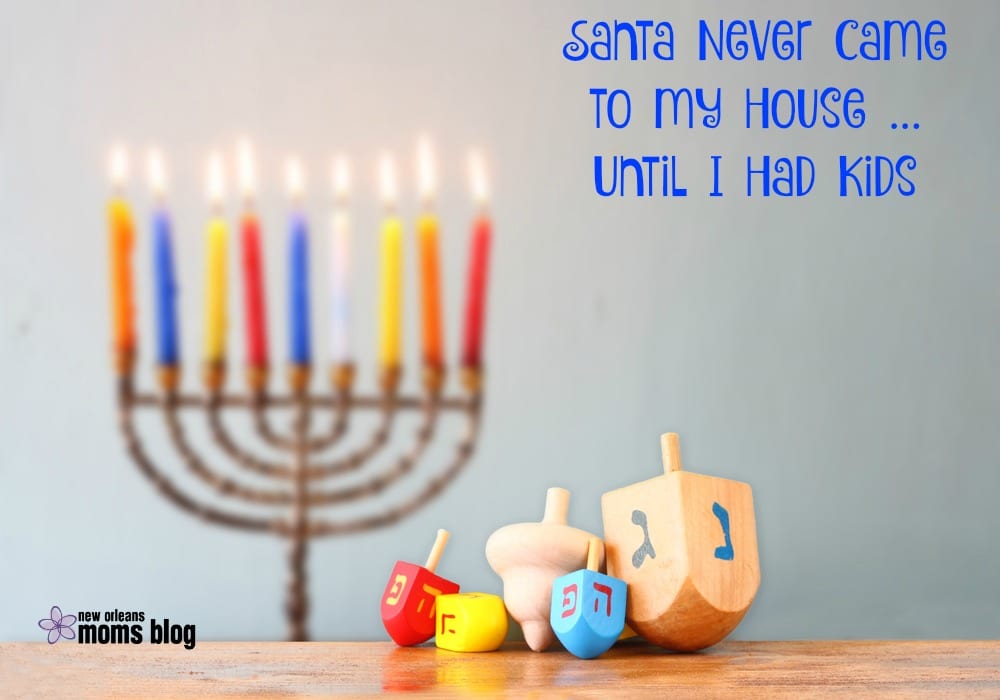 Growing up in a Jewish family, I was surrounded by classmates and neighbors celebrating Christmas, while we celebrated other things instead. I was the kid who knew Santa didn’t exist way before most of my friends did. I was the kid who watched jealously as Christmas trees and decorations would go up in other people’s houses, and kids would brag of their Christmas morning treasures. Sure, we had our own holidays that had their fun elements, but most of them seemed to be about things like fasting or eating unleavened bread.

Hanukkah, a minor festival in Judaism, is not traditionally a gift-giving holiday. But Jewish children growing up surrounded by Christmas were saddened by their feelings of exclusion, so Hanukkah traditions in this country changed. Jewish parents made their children feel special by giving them a gift for each of the eight nights and morphing the holiday into something more significant. 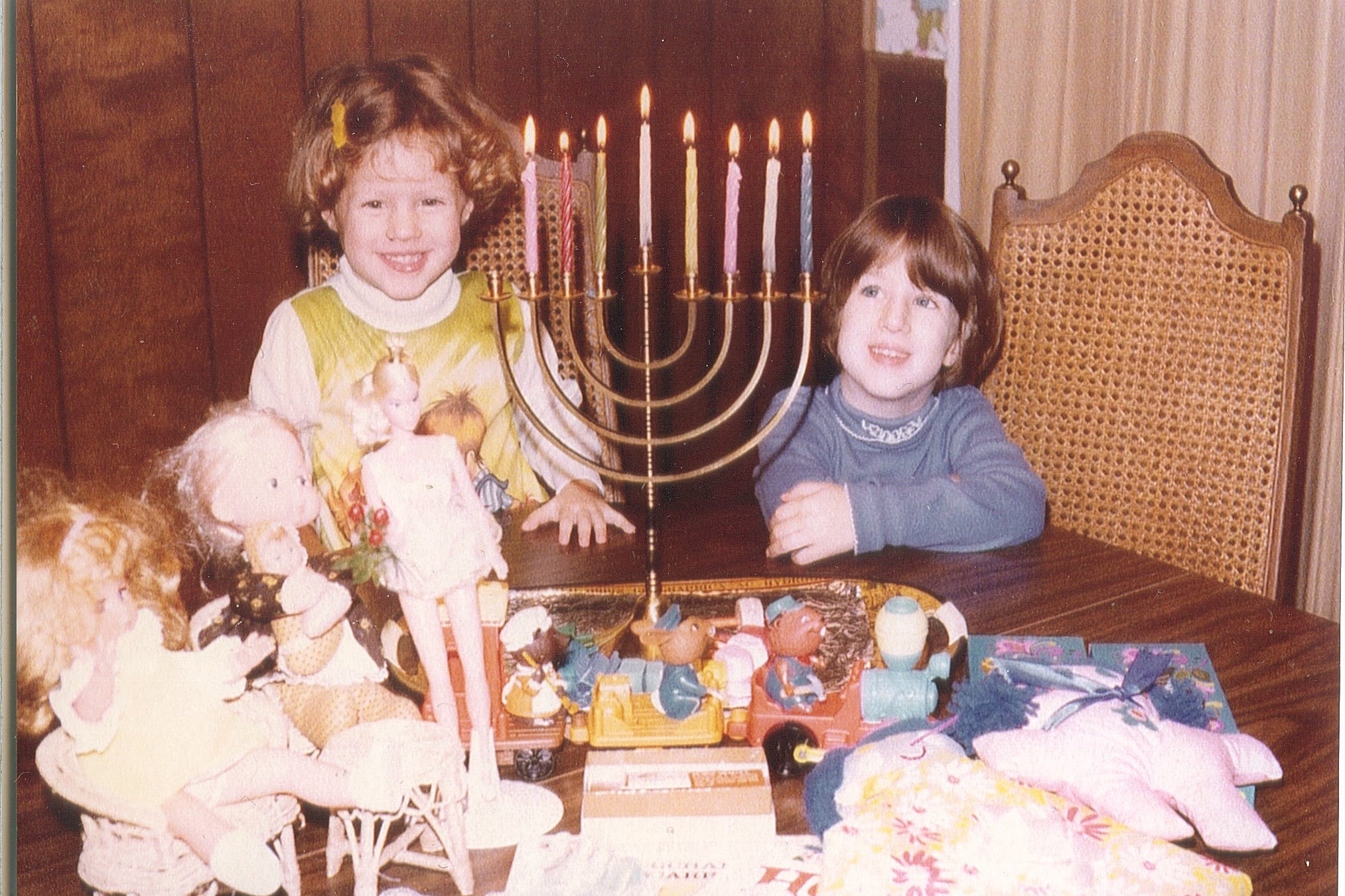 While I was jealous of some of my Christmas-celebrating friends, they were also jealous of me. “You get EIGHT nights of presents? Wow. You are so lucky!” Well, little did they know that my eight nights of presents would often consist of some pencils one night, envelopes the next, then maybe some paper, and by the end I’d have a complete stationery set! (Okay, we usually got at least one larger gift and of course, lots of Hanukkah gelt [chocolate coins]). I guess my parents didn’t want to spoil me, but the holiday still had its own magic. I always loved lighting the candles on the Hanukkah menorah and learning how to spin dreidels in new and interesting ways (I bet you can’t spin one upside down!). And even if I was envious, I was also special: These were my traditions and they were a part of who I was.

Fast forward a few decades and here I am, tackling the holiday season with my own children. 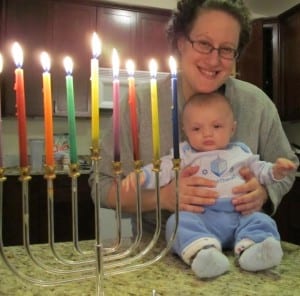 Unlike the constant push by many of my relatives to marry a “nice Jewish doctor,” I did not do so. Before even trying to conceive, my husband and I discussed how we would raise our children. Religion didn’t seem to matter much to him, so initially we had decided to raise our children Jewish. This was before our children became a reality. Then, my husband realized that he did not want his children to miss out on the magic he experienced during Christmas as a child. At first, I was resistant. Santa never came to my house, and I felt very strange telling my own children that he had come to ours. (I still have quite a difficult time lying to my son about who brought him that special electric train he got last year…) Taking pictures of my son on Santa’s lap on his first Christmas actually felt mildly painful to me. I fought against having a Christmas tree in my house and did not want any lights on our porch.

Finally, I acquiesced. Last year, when my son was 3 and my daughter a small baby, we got our first Christmas tree. Our son helped put up ornaments and lights and grinned wildly as he posed next to the finished product. We spent Christmas Eve wrapping presents and setting up my son’s new electric train under the tree. We marked some presents from Santa, some from us, and some from various relatives. It was a new experience for me. It felt odd. It felt almost like I was betraying myself. 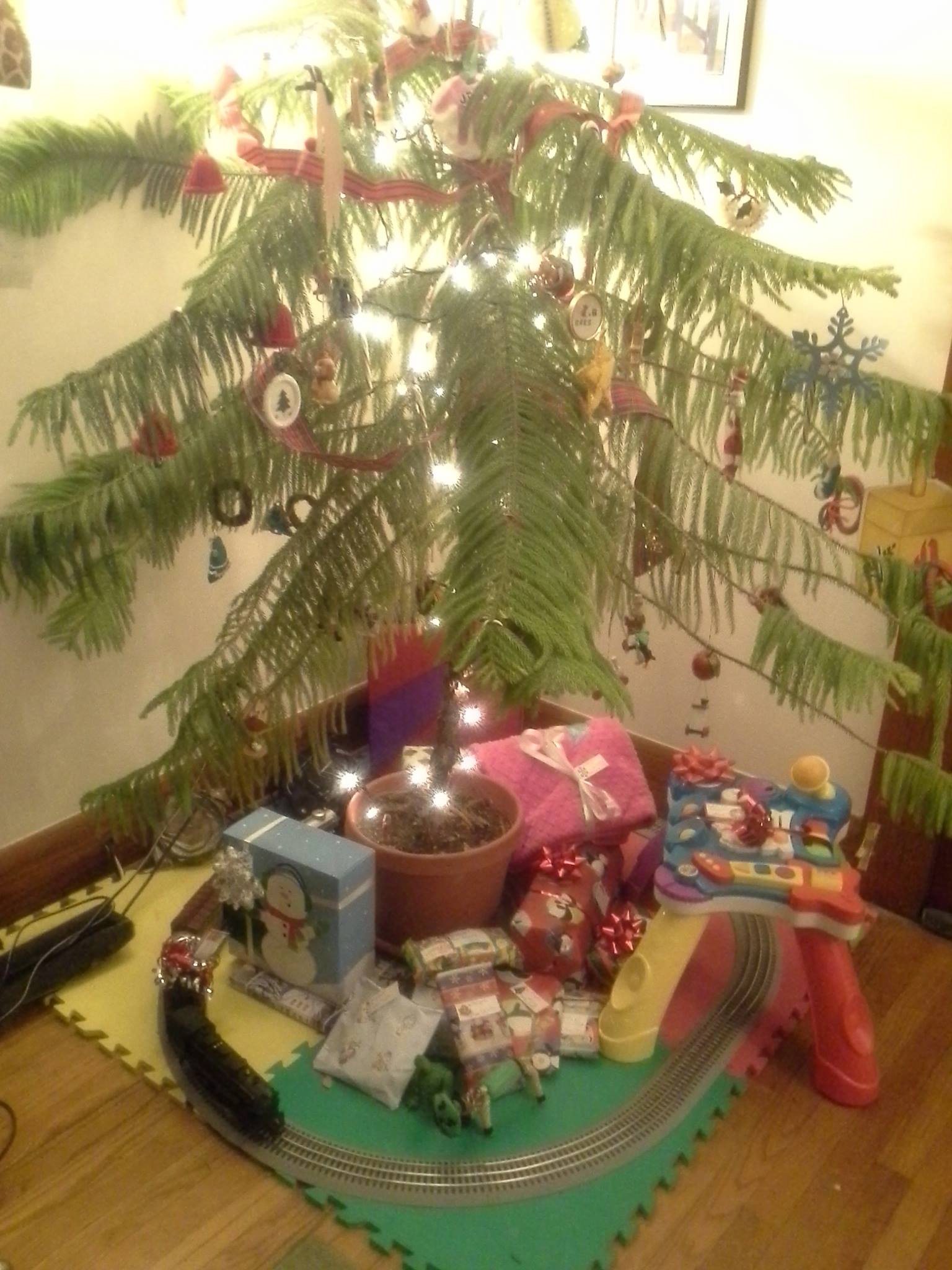 The look on my son’s face when he came down the stairs to see the presents, and most of all, to see his electric train whizzing around under the tree, puffing steam and whistling, was unforgettable. This is the magic we experience as children during the holidays. At that moment I realized that I did not want to deprive my children of any holiday magic, whether it be Hanukkah or Christmas, or Passover or Easter, or any of the traditions my husband and I found special growing up. Old traditions are crucial, and I will never stop teaching my children about the traditions I was raised with as a child. New traditions, however, are just as important, and as a parent I am lucky enough to experience new magic through my children’s eyes. As the old Girl Scouts song says, “Make new friends, but keep the old; one is silver and the other’s gold.” My son loves Christmas and asks what Santa is bringing him, but he also talks about spinning dreidels and lighting candles and having potato latkes (pancakes). He is going to bring some dreidels and Hanukkah gelt to his school for his classmates to learn about.

And I’ve learned too — we can all share traditions. We can keep our own special ones, but we can open our hearts to other people’s too. Isn’t that the holiday spirit, after all? 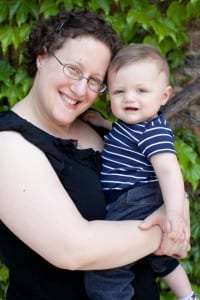 Julie was born and raised on Long Island and recently transplanted her family from Maryland to the Greater New Orleans area. She is a mother of two who teaches English as a Second Language at a local Catholic seminary (where she continues to learn even more about Christian traditions). She is enjoying the beignets and warm people in New Orleans but will certainly miss snow this holiday season! 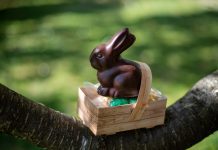 Home (Alone) for the Holidays

Double the Joy :: We Celebrate Christmas and Hanukkah