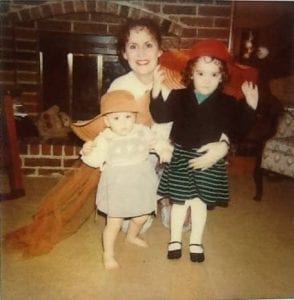 On my first day of kindergarten, I insisted on being dropped off at the front door of the school building. Much to the chagrin of my lovingly attached mother, I did not want her to walk with me. Adding insult to injury, I didn’t even turn around or wave good-bye. My cold-hearted, little six year old self just walked in without once considering the devastation I was causing the mother and sister I left sitting in the car crying. That’s not hubris; that’s reality. I know it devastated my mother. She has told me so. Over and over. And over. For twenty-two years.

A running joke in my family is that I was “born thirty.” Perhaps it is a function of having a sister who is fifteen months younger than me (yikes, right?!), but I have always been fiercely independent and a little too old for my age. I imagine a toddler is forced to cultivate some early independence when her parents are wrapped up in the whirlwind of life with a newborn. Or perhaps, it’s just in my nature. Reason notwithstanding, until very recently I took great pride in my self-reliance. Although, in hindsight, I probably should have waved good-bye. Ice cold, Sanchez. Ice cold.

Cut to the day we brought my daughter home.

More specifically, her first night home. Her adjustment from womb to world was not a seamless one, and she spent the entire first night crying. Wailing, in fact. After two hours of trying to soothe her myself, I fell apart. Having barely slept the night before, with my hormones crashing, I wandered into the room in which my mom was staying. Graciously and instinctively, my mother gathered the baby in her arms and lay down on the bed where I sobbed alongside the newborn. In the following hour, she toggled back and forth between shushing the baby and comforting me, until both my daughter and I fell asleep.

Until that moment, I honestly hadn’t realized how profoundly I would need my mother as I became one. 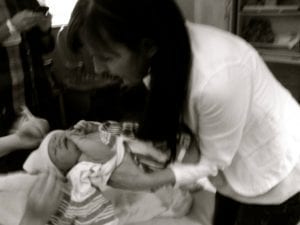 Having witnessed my parents raise both my sister and I hundreds of miles from family, I had assumed I could do the same. With my family living 900+ miles away, I had come to terms with not really having a choice about the matter. It only took a few hours of motherhood for me to realize that despite how independent I had been up to that moment, I needed my mom. I needed her in those early weeks to ease the transition from independent woman to mother with a completely dependent baby. I needed her for the tough stuff and I needed her to laugh alongside as me as we tried to clean a blowout diaper and salvage a onesie (by the way, we couldn’t save it). I needed her to cook me waffles as I nursed my own baby. I needed her to force my husband and I to go to the Beyonce concert despite my insistence that I couldn’t bare the thought of leaving my month old baby at home. I mean, what was I thinking when I bought those tickets so many months earlier??? We went, and it was awesome. Even though we only stayed for 30 of the 44 songs, mom’s do know best. 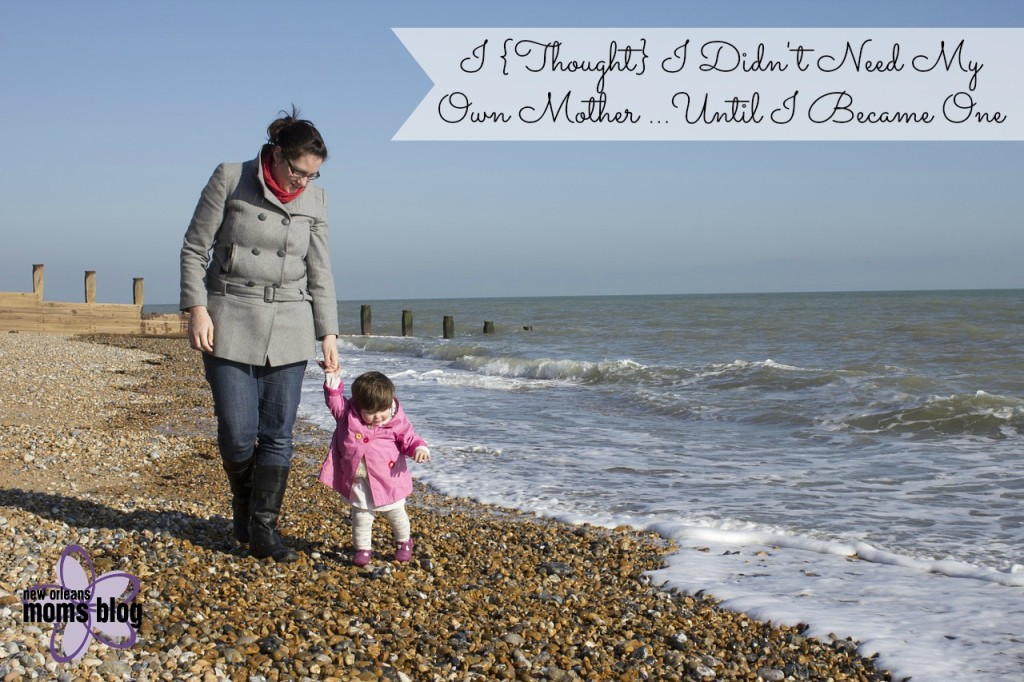 Eventually, my parents had to get back to their lives in Kansas.

In the days that followed, my husband and I were left to fend for ourselves with the squishy, almost foreign creature that is a newborn. I have only needed my mom more and more over the past eight months as my own daughter has grown, but old habits die hard, and I’ve struggled to reach out with the same vulnerability I had immediately postpartum.

There are times I still feel like the determined the toddler who used to scream “I dood it!” (I’ll do it) when my parents offered help. Times I’m that confident kindergartner with my backpack cinched tight, my resolve strong. Times I’m that seventeen year old driving away from home, headed west for the mountains and college. Most often, though, I feel like that second grader who cried in my mom’s arms when no one wanted to play with me at recess. Alone and sad, needing the familiar comfort of a mother telling me, “It’s going to be okay.”

Audrey Sanchez is originally from a town in Kansas so small it has only one stoplight, but has made New Orleans her home since marrying Elliot, a native New Orleanian in 2009. Audrey is mother to one daughter, Ada, two dogs, Clyde and Fancy, and one cat, Hushpuppy. She writes about her cross species parenting adventures on her blog Two Dogs, One Cat and a Baby. When she’s not caring for the menagerie of creatures inside her home, she’s working in education reform, laundering cloth diapers, writing poetry, and eating her weight in french fries.

Picky Eaters: The Struggle Is Biological

Leading a Values-Based and Spiritually Strong Life with Catholic Schools