It’s been 18 months since my husband and I got a crash course into parenthood in the worst way. You see, we found out we were pregnant, and about 9 weeks into the pregnancy, we found out we were having twins. Both being in the medical field and working with pregnant patients often, we realized the risks associated with a multiple pregnancy. Nonetheless, we were elated. Around 17 weeks into the pregnancy, our greatest fears came true and we were faced with a complication. We were told that my cervix was extremely short, and the method in which they use to correct this was ineffective on twins. My husband and I pressed along and decided to go forth with the treatment option since it was our only hope. This came along with bed rest for the entire remainder of the pregnancy. 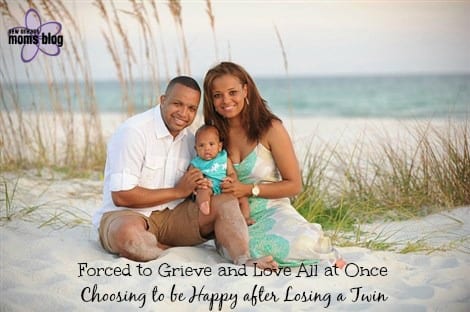 According to most medical experts, a baby becomes “viable,” meaning that they have the greatest chance of survival, after 24 weeks. So we held our breath and prayed real hard to see the 24 week mark. Finally, after what seemed a life time, we made it. We celebrated that 24 week mark in the hospital with a king cake party while being administered medication so that if the twins were born early, they would have the greatest chance of survival. This day was coupled with as much joy as it was pain. As I was being administered medications to give my babies a fighting chance, I was on the phone with the doctors at another hospital removing my father from life support.

Each day and week that passed after the 24 week mark made us more confident and assured us that we would be bringing home two healthy babies. Every Saturday, I turned a new week pregnant, and every Saturday, my obstetrician would call and congratulate me. At 33 weeks, my water broke and 4 days later, I delivered the twins, all 12 pounds of them. They were here; they were really here, crying, healthy, and perfect … or so we thought. We knew that we were facing an NICU stay, but to us it was no big deal. They were just 3 weeks early for twins. We had gotten through the hard part … or so we thought. When my water broke, since my daughter was baby A, she became more susceptible to infection and eventually started showing signs that she was indeed infected. Things progressed rapidly, and just 4 days after birth, she passed away. And with her death went our hopes and dreams and everything we had in visioned our life becoming if we could just get them here past viability.

Grieving and Loving After Losing a Twin

So here we were, forced to grieve and forced to love all at once. Our hearts were so full yet they were so broken. We are just as happy as we are sad with each new milestone. I suppose that will continue on forever. As I would look into her brother’s eyes, all I could see were those perfectly round eyes and that double chin that looked at me while holding my husbands hand and said to me “protect me.” There was nothing that I could do. There was nothing that we could do, but let go and trust God.

Today, we make the choice each day to be happy, to continue on through the hurt and to give her baby brother all that we can. Yes, we may be more hovering, more over protective, and the anxiety, well, maybe one day that will resolve too. But until then, we will focus on keeping our heads above water and providing the best way we can for our full of life 18 month old twin-less twin.

The old saying by Alfred Lord Tennyson resonates in my head daily “Tis better to have loved and lost than never loved at all,” and I am so grateful that I got a chance to love that sweet baby girl. 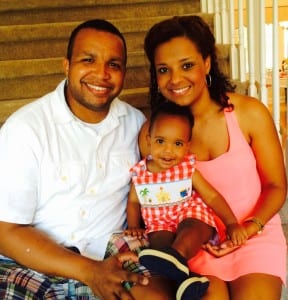 LaTerrica is originally from Baton Rouge, LA, and graduated from Dillard University in 2006 and LSU-HSC in 2012. She has lived and worked off and on in New Orleans for the last 13 years as a Nurse Anesthetist. She and her husband decided to move to New Orleans permanently in 2014. Together with her husband Brandon Brown, they have established the Corinne Alyce Memorial. They are working with area hospitals to provide a system called the Cuddle Cot, an in room cooling unit that is the size of a small humidifier inside of a Moses basket, to Labor and Delivery and Neonatal Intensive Care Units, which allows families to spend time with their babies that have passed away. The increase in time allows precious hours for bonding, pictures, plaster molds to be taken, and other family members to come and meet the baby.

What Ever Happened to Textbooks?