I saw this reel on Instagram a few months ago. It was a preschool or kindergarten graduation. Each student stated their name and what they wanted to be when they grow up. This one precious little girl states her name, pauses for a moment, then proudly declares she wants to be a witch when she grows up! Twinkle my nose sister, me too! I’ve always wanted to be a witch. That’s the supernatural power I’d want to have. My kiddo would likely say he would want to be The Flash so he could zoom through his homework really fast.

We are not lacking imagination in this house! 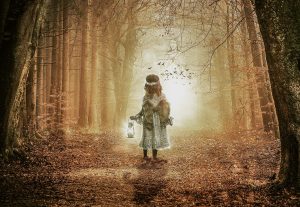 My fascination with witches started very young with The Wizard of Oz, continued with Bewitched and Sabrina. Munster Mondays was a favorite on Nick at Night. I dabbled in Charmed but not a huge fan. Depending on my mood, Maleficent and Wednesday Addams are my number one gals! Practical Magic, Witches, Hocus Pocus…I can’t get enough! The Crucible and The Scarlet Letter were my favorites from junior year of high school. And if I’m being honest, two of the five required readings I actually read beginning to end throughout my entire academic career. Except for that one semester junior year of college. I took a history course on the witch trials. Of course, I got an A! The people at B&N probably thought I was nuts purchasing all those books at one time. And I read EVERY SINGLE ONE.

I fear a mortal human before I fear a witch. I am a victim to the atrocities, destruction, maliciousness, and some of the most heinous acts humans are capable of. The witches I love try to rid the world of the bad. They fight on the side of good. I read a quote recently “who knows why we were taught to fear the witches, and not those who burned them alive” … those accused of being a witch were different (whatever that means), guilty of non-violent crime, challenged the normal, questioned why, opposed the patriarchy, were independent and fearless, protectors and defenders of the innocent. In today’s world, we call them doctors, lawyers, educators, therapists, counselors, moms.

But we’re still burned at the stake. Daily.

Because our power is intimidating. Because our roars are loud. Because our convictions are strong. Because our love has no boundaries when protecting the life we brought into this world. Because no matter our differences, we are unified in womanhood. We are fierce. We don’t need spells. We have our voices. And our voices are still one of the most feared things on this planet. We are constantly challenged. 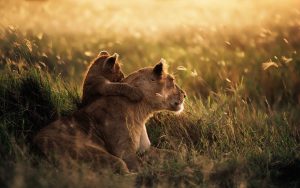 But we’re not going anywhere, and the world is waking up.

So while being able to transform into a fly on the wall would be cool. Or snapping your fingers would turn a house immaculate sounds like a dream. Or teleporting hours away anytime you want would be a great adventure. I think I’ll continue owning being a mom, a woman with a voice. A woman unafraid. A woman who doesn’t need supernatural power. Because being a woman is enough. Being a woman IS the superpower.