I used to tell people that we hadn’t decided on a name yet, but that response tended to elicit name suggestions at a rapid fire pace. Instead of awkwardly pretending to consider their suggestions, I just started telling people that we are keeping the name a secret until the baby is born. Some people understand our decision to keep the name private, but others keep prodding, not quite understanding why we won’t share the name. Well, there are three reasons why we aren’t sharing our baby’s name. 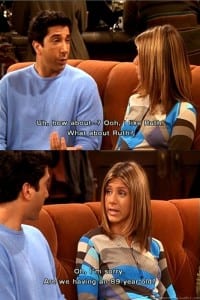 Naming a child is a hard thing to do. It’s a lot of fun to do in theory, but when you are actually assigned the task of giving another human being his/her IDENTITY, suddenly there is a very heavy weight on your shoulders. What if your kids don’t like their names? What if they are picked on because of their names? What if every kid in the class has the same name?

Remember the episode of Friends where Ross and Rachel were brainstorming ideas for their baby? That is what it was like for my husband and me when we were trying to name our first child. It was basically a nonstop vetoing session. We have very different tastes when it comes to boys’ names. I like last names and more obscure names for boys while my husband likes very traditional names. The only traditional name on which we could agree was Benjamin. So, after much debate, our son was finally named nearly two days after he was born. And though it wasn’t my first (or tenth) choice, I think it was the right choice because our boy is totally a Ben.

For our second child, the naming process was pain free. We chose our daughter’s name only days after finding out that we were having a girl. My husband vetoed my first choice, but, surprisingly, he liked my second choice! It was such a relief to have decided on the name so early on in the pregnancy that I don’t want anything to make me second guess it. This leads me to the second reason we don’t share the name. 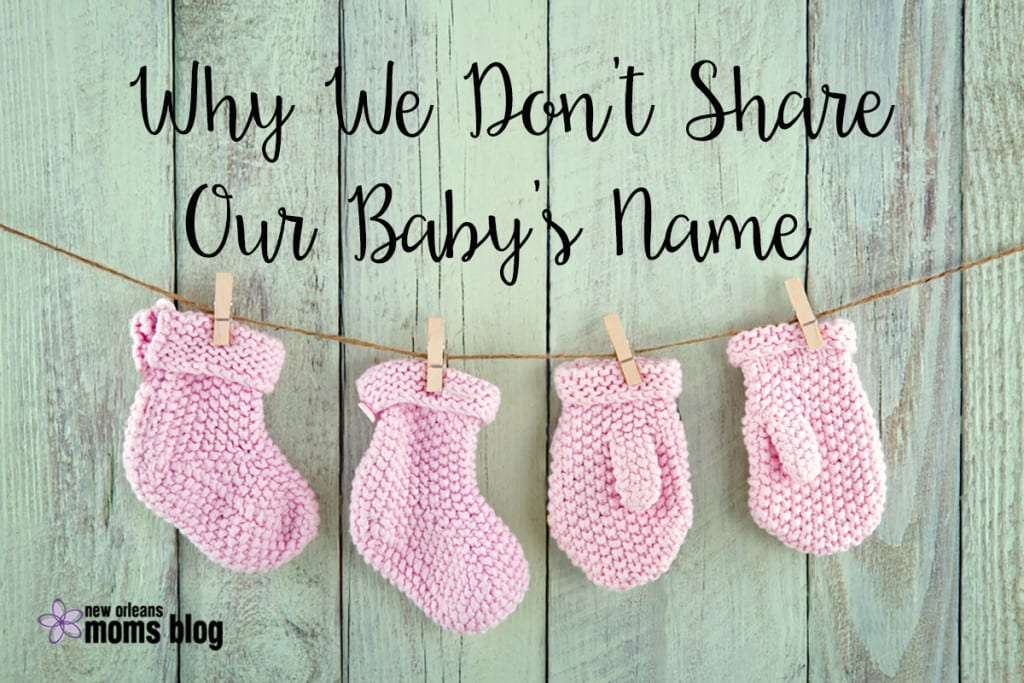 There are so many factors that go into naming a child and whether or not your great-aunt or colleague like it should not be one of them. Sure, there will be a few rude people who question your name choice once it’s already on the birth certificate, but most people will keep their opinions to themselves once the name is already set in stone. Before the name is official, people are much more open with their opinions. My friend’s neighbor recently asked her if she knew what she was naming her unborn child. My friend said, “Yes,” and told her neighbor the name that she and her husband had chosen. Her neighbor’s response? A laundry list of other names to consider. Um…no thanks?

3. I want there to be one element of surprise.

Another reason that we aren’t sharing the name is because we want there to be an element of surprise. (Well, I do. I don’t think my husband cares about this one.) We were too impatient to wait to find out the sex of the baby, and we were too excited not to share the information with everyone. The name is the only element of surprise that we have left because, really, who honestly cares about the length and weight of the child or what time she is born? Aside from the sex of the baby, what new parents have chosen to name their child is the most exciting part of a birth announcement, so we are going to keep our daughter’s name to ourselves until she is born.

Tell us, did you reveal the name you selected for your child while pregnant? Did you have any good / bad experiences by sharing the name before the baby was born?

The 5 Reasons I Put Up Christmas Decorations Before Thanksgiving