As a child for me, the world was my playground. I remember playing outside in the dirt from sun up to sun down by my grandmother’s house, exploring the woods, playing in the ditch, and so on. I could sit here and write a book of all the epic activities I did as a child. But, with all the things I did during my childhood, I still manifested into a mother who struggles daily with letting her kids do the very thing I did as a child and that is to just be a kid.

It is a struggle I deal with every day almost and something that keeps me up at night. It’s my main struggle with being a parent. Am I being overprotective? Am I wrong? Am I a bad mom? These are just some questions that circulate my mind after every occurrence where I struggle with letting my kids be kids.

As a teaching major and someone who has worked in the early childhood setting, I understand how important it is for children, especially young children, to just be kids. With this understanding, I still struggle with letting my children just be kids. For example, when I take my girls to the park I sometimes slip out expressions such as “not too fast!” “Watch out!” “Be careful” “don’t touch that!” I try not to, but it has become so habitual it’s almost like it’s involuntary. At the moment I am thinking I’m just being a mom, but as I sit and think I’m telling myself, this is a park and you are telling your kids not to do something every single one of these kids are doing. I find I do the same thing at home and in other settings. It’s like am I raising children or am I raising statues?

I want my girls to enjoy their childhood and I certainly DO NOT want my over-worrying mom ways to rub off on them, or in better defining terms, I do not want them to develop anxiety because of my anxiety. Children can feel our energy and they mimic our ways. Sometimes, we as parents can be so worried about our children that the worry can pass onto them with negative impacts even more impactful than what we were worried about in the first place. Plus, as a parent we want our kids to be kids for as long as possible, especially in today’s world. Children should be carefree, not worrisome, something I try to remind myself as much as possible when parenting my girls. 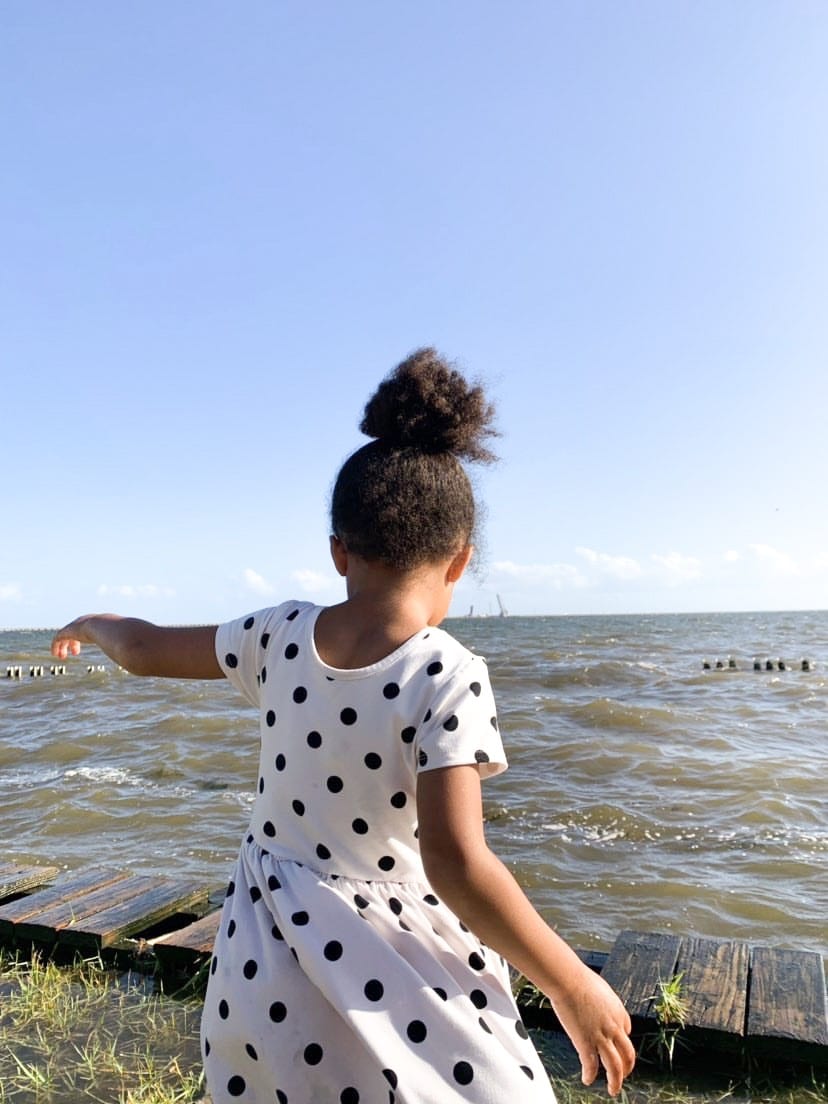 For me, there’s a thin line between letting them be kids and keeping them from danger. As an adult, I know what can happen from certain situations, for instance jumping on the bed. We’ve all pretty much done it as kids, but for me, my mom head thinks “get down” and “she is going to fall.” And then my mom mouth says, “ok that’s enough get down” because they might fall off the bed. Now, I can’t even count how many times I’ve jumped on a bed as a kid, but now I have a problem with my child doing it?

I’ve realized that sometimes as a parent I need to sit back and let the kids have their fun, let them learn through PLAY, let them LIVE through their play. You’re only a child once. I keep reminding myself I cannot keep my kids in a bubble, no matter how much my mommy heart wants to keep my kids in my perimeters like a giant looking down on little beings overlooking everything they do. I should let them learn through their mistakes, achievements, cuts, scrapes, tears, and laughs. Part of letting them be kids, but keeping them safe, is letting them touch the bug they found while exploring the grass (even though it makes you squirm), BUT making sure it’s not poisonous or bites!

I keep having to remind myself that their job is to be the kids and my job is to be the adult and be able to help them through their childhood instead of lead them. Oddly enough, the times I’ve truly let my kids be kids, they’ve taught me more than any class or book could have taught me. And next time instead of telling them to stop jumping in the bed, I’ll join them.

Social Media and Its Impact on Motherhood