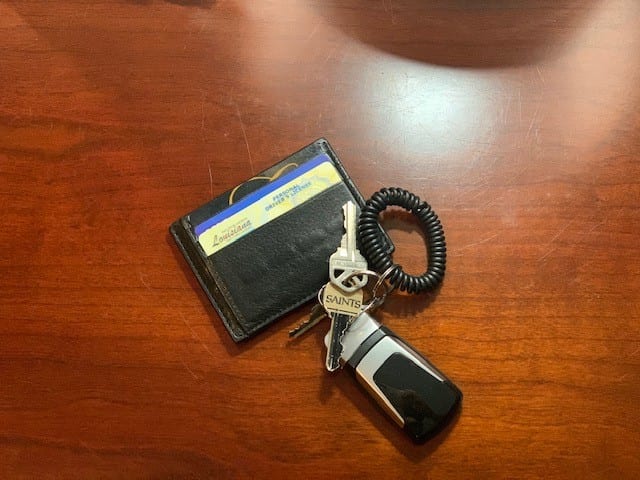 This morning my husband called me with an urgent voice. “Baby, can you look on my dresser; I think I left my wallet at home.” I peered across the room and I spotted his slightly worn brown wallet on top of his dresser. I reply, “Yup, it’s here, where will you be? I’ll bring it to you.”

As I jumped out of bed I began to quickly gather myself and my girls to get dressed so we could drive over to bring him his wallet. I was a little hasty and short with my kids as I tried to hurry them along; I attempted to hide my distress because I didn’t want to have to explain why his wallet is bringing me so much anxiety.

You see, I’m nervous because my husband is black.

As a black male one of the scariest things to be is out and about without identification. With it being days after the George Floyd murder and tensions running high all across the nation, it was nerve wrecking thinking about my husband driving around without an ID.

The sad part is that this is not a new norm for us; being concerned with racism and police brutality is always on the top of our minds in our home. We don’t just think about it when we hear about another innocent black life being taken by a police officer that was “afraid,” but we think about it every day as we walk down streets, raise our kids, pick our restaurants and choose schools.

When you’ve been a victim of racism, everyday life looks a bit different. Being a victim of racism is driving with your license, registration and check stub on the top of your center console so the police don’t assume you’re a drug dealer when they see a young, black male in a nice car. It’s being terrified to call the police because your neighbors home alarm keeps buzzing but you are scared that they may think you are a suspect. It’s being scared out of your mind to be pulled over by the police and playing a dozen scenarios of what you would do if you were pulled over to ensure that you made it home alive. It’s being an 8 year old whose first response is to run when you see a police officer.

Being a victim is exhausting.

It’s exhausting constantly thinking about how to protect yourself and your family. It’s frustrating to raise children that are aware of the injustices they may face without them growing up hating their classmates. It’s painful when your 5 year old tells you that today she announced to her class that she’s black and a million thoughts go through your head wondering what made her feel compelled to share such a fact with a room full of peers.

I’m drained from having to worry if my kids feel less than because of the color of their skin. I’m tired of being terrified and anxious about my husband returning home after a fishing trip or night out with friends; honestly I worry about him returning home safely from work every day. I’m EXHAUSTED! I’m exhausted from thinking about all the ways to protect myself from discrimination and the possibility of being arrested, or worse, because of the color of my skin. I exhausted from fighting this fight, but I will continue to fight so maybe, just maybe, my daughters won’t have to.

I don’t want to see another Facebook post about another black life taken at the hands of law enforcement. I will probably cry if I hear about another black child being killed while walking down the street doing nothing wrong. I’m angry our black children have their innocence stripped from them because they have to learn about self preservation in a world that seems to be against them. Why can’t they be carefree kids running through their suburban neighborhoods without being seen as a threat or someone who doesn’t belong?

I want to see my social media pages covered in posts of solidarity from my white friends who are just as angry as me. I want to see posts of poems and songs from white kids who want justice for their black peers. I want a nation that is concerned with the safety of little black boys who want to grow up to be successful black men. I want all of us to care and cry together because we think #blacklivesmatter and don’t take offense to the hashtag. I want companies to email me about their response to the fight against police brutality like I received about their response to COVID. I want to stop living in fear…