This is the third in a three-part series about childhood anxiety. You can find part one here and part two here.

I’m reminding my daughter, for the fifth time today, that she is planting a worry seed. It’s one of the many verbal queues we use to warn her she might be headed toward an anxiety attack. Some days, it even works. When they first started, anxiety attacks felt like a dark tunnel we couldn’t escape on our speeding train. They were out of control, frequent, and exhausting. Soon I realized I was waking up, bracing for the day wondering when, not if, she would melt down. My heart broke thinking that if I was that worn down, how must she feel?

That was the moment we shifted our focus. We’d become adept at managing anxiety attacks, but how could we prevent them? More importantly, how could we help her manage her own anxiety, and in so doing bolster her confidence? Big feelings were going to happen, but I wanted her to go through life flexing strong emotional muscles not reacting to events in a fragile manner. So we began building an emotional tool chest. Below are some of my favorite and the most effective methods we’ve found.

I know I’m a broken record, but it bears repeating. I am not a therapist or doctor. If you feel your child is experiencing emotional or physical symptoms that concern you, please consult a professional.

“OK kid, time to be an emotional rockstar.” We are headed to school, and my daughter is nervous because a friend decided she didn’t like her anymore. Y’all … second-grade drama is serious! There is nothing she, or I, can do about this friend, and in all likelihood tomorrow they will once more be besties. But I can’t explain that to her without diminishing how real this feels to her, so I shift my language (and hers) to be positive and empowering.

This isn’t something I made up. The Growth Mindset has gained traction with good reason. The idea is to reframe language into an opportunity for growth and improvement in order to gradually change a child’s mindset from “I can’t do this” to “I can’t do this … yet.” When applied properly, it’s a powerful shift from berating oneself to practicing self-compassion.

Has your child ever said “I hate myself” or “I’m terrible at this”? Put the growth mindset into play. “Wow, hating yourself sounds really difficult. How do you think it would feel if we accepted how imperfect we are? What areas could we improve if we were kinder now?”

Even with over a year of therapy under our belt, we stumble. Sometimes it’s as simple as she’s tired or hungry and chooses to let her emotions get the best of her. I get that, I’ve been there myself (twice this morning). But frequently I find that she’s experiencing a completely normal emotion that feels overwhelming because she doesn’t understand it. Shame and embarrassment are not the same things; nor are disappointment and anger. They may play together from time to time, but their subtle differences mean the world to a little kid swimming in a big emotional pool.

Emotions are complex. Many adults don’t understand them. And too often, when a young child is feeling something very difficult, it’s easy to view it through the adult lens of understanding. Moreover, we displace emotion. How many times have you snapped at your partner over a seemingly innocuous comment, when actually you are still mad he or she hurt your feelings last week?

So when my daughter is screaming because the stitch in her socks bothers her toes, it’s my job to help her understand that those socks, while potentially annoying, are not life-altering. I do this by channeling my inner Harry Potter and giving her feelings a name.

“You sound frustrated about …”

I can see you are embarrassed that …”

While validation is effective and essential, I also like to indirectly challenge her when she incorrectly expresses herself. Not to contradict her, but to give her the ability to challenge herself. For example, if she is doing homework and yells “I can’t do this.” Or “This is stupid!” I meet her frustration with a calm response, such as “It’s natural to be frustrated with yourself when you make a mistake or don’t understand something. How can we break it into smaller pieces that we already know?” Short-term frustration is understandable, but I want to curb it before she starts to dread homework every day and we have another battle to fight. 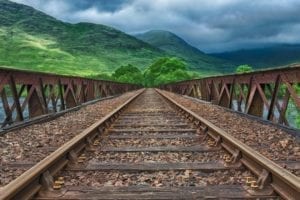 Do I sometimes have to hide my face so she doesn’t see my eyes rolling, or bite back a sigh? Absolutely. Some of it seems, and probably is, ridiculous. But that doesn’t matter when your child feels small and the emotion feels big. By giving them a name and power over a feeling, you’ve given them a way to feel safe in handling it. Hopefully, over time those “little, silly” moments slip away, but the ability to name and manage the big moments does not.

There are no limits to the number of ways I can explain to my daughter that zombies will not crawl through her window, my logic can’t fight her fears at midnight. So moving her bed to face the window, and helping her design an escape plan, was an easy solution. The socks I mentioned earlier? Bombas are seamless. Sometimes we can get rid of a problem, sometimes she can.

The worry seed from my intro comes from What to Do When You Worry Too Much, a really great workbook that helps kids recognize and fight their own anxieties. Another favorite tactic is the Worst Case Scenario game, and here’s how it works.

When my daughter was in Pre-K I was able to walk up and get her each day, but by Kindergarten she was expected to carpool. The system terrified her. In my opinion, it’s not helpful to feed an irrational fear. So we named it, validated it, then played worst-case scenario.

First, I asked her to express her fears. They ranged from “I don’t know where to go” to “what if they don’t call my name” to “what if you forget me.” Then, we validated the fear without feeding it. Doing something new can be scary and overwhelming! Next, we prevented some of the worries. We asked her teacher where to go and found a place for her to sit in front of the microphone. Next, we played worst-case scenario. My history of never, ever leaving her abandoned worked to my favor but, in case something happened, we asked the teacher to explain where they take kids whose parents are running late. They hang in aftercare and get a snack … not too shabby!

Finally, we practiced. Yep, we played carpool at home. We walked through all the scenarios, from everything went great to Mommy fell asleep at home and forgot Charley! When the big day came, she was still nervous but didn’t feel guilty about her fear, and she knew what to do in every scenario. So while the day was not without anxiety, it was not a complete terror. Now, carpool is no big deal.

In part one I mentioned how gymnastics, a favorite activity of hers for years, suddenly became a major source of anxiety for my daughter. We fought it for several months, trying every trick we knew, but the anxiety remained. One day, after forty-five minutes trying to coax her in, I gave up. We left and did not return.

She had valid reasons for the change of heart. She had moved very rapidly into the competition route so there was more pressure on her to perform at a higher level. By design, the gym was wide open, with multiple classes going at once, which left her feeling exposed and over-stimulated. But we have a family rule: you must choose one activity that is physical in nature. So when we gave up on gymnastics, we worked with her to find a replacement. Soon, she was on a swim team and just last month she placed for the first time in a competitive event.

What changed? Swimming was a more sensory friendly choice for my daughter. We’ve had our share of anxiety battles in the swimming pool, don’t get me wrong, but she was more willing to overcome them. In the water, she felt less watched and more comfortable, which gave her confidence. That confidence has spread to other areas.

It takes trial and error but finding the right combination of hobbies and activities that nurture and calm a child can go a long way toward helping them build a strong, confident foundation. That foundation can nip anxiety in its ugly little bud. If sports aren’t you or your child’s thing, there are plenty of other choices, such as crocheting or painting.

If you are like me and want a hundred books on this topic, here are some that come highly recommended:

I would also recommend the following websites and/or articles:

Go Zen has plenty of programs, tips, and articles for a variety of age groups.

One of my fellow blogsters wrote this article about returning to school, which I still love.

Is Therapy an Option?

Maybe the problems don’t seem severe now. Or maybe it’s just a phase. Maybe your spouse insists she doesn’t “need” therapy. Or maybe she’s just being dramatic. To all of that I say: so what? If you have worked with your child, your doctor has cleared her medically and you are still worried then call a therapist! Most initial consultations are free and, if nothing else, it gives you a different perspective. My daughter requested that we not share too much about play therapy so I won’t discuss it other than to say that it was vital in moving us forward. It may not be right for you but … do you know unless you try?

Having a child with anxiety produces its share of difficult moments, and those moments affect the entire family. Throughout that difficulty, however, are opportunities for strength. Your child (and you) are building emotional muscles, and while today may seem difficult that strength will carry through to the future when life is harder. The difference between my daughter today and my daughter one year ago astounds me, and the process of helping her grow into someone more confident and capable has positively affected me, both as a parent and a person.

Whatever the struggle, please hang in there. You are not alone. There is a wealth of information and support “out there” to help. I hope this series provides you with some perspective and guidance. Above all, your presence and love creates a solid foundation that can overcome a lot.

5 Things to Consider Before Putting a Pet Under Your Christmas...