Children are born with an innate curiosity that allows them to explore and learn from the world in which they live. Kids often will point or stare at an unusual plant, insect, or toy. Often, accompanied with the question, “Mommy, what is that?” or “Why does it look like that?” Parents rarely give a second thought when their child inquires or gestures to an object without feelings. But, we have a different perspective when children stop, point and stare at another human being.

Most parents can recall an instance when their child noticed someone with an unusual hairstyle, unique outfit, or a physical difference and said something. Often parents or caregivers are unsure of how to respond or react in these situations. I’ve been in similar situations and understand it can be embarrassing. A natural reaction is to quickly quiet the offending child and attempt to walk away before anything else can be said. But as parents, we need to remember that the child asking the question wasn’t asking it to be mean, offensive, or rude. The child was simply curious and interested in something new. When parents or caregivers hush the offending child, it does stop them from making further remarks. But, silencing or changing the topic does not answer the child’s question. The question remains in the back of their mind; ready to be asked the next time they are in a similar situation. 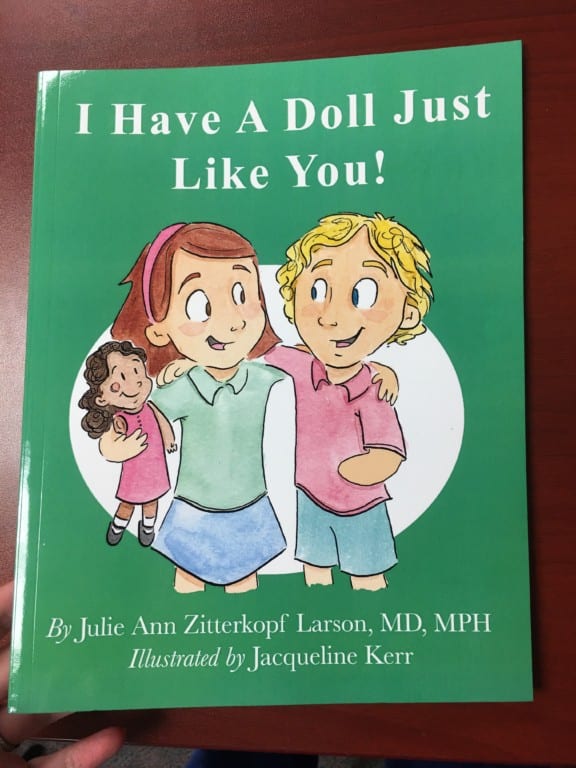 April marks the start of “Limb Loss Awareness” Month and nothing will cause a busy child to stop dead in his or her tracks like seeing someone who is missing a limb. A bit of background on this topic: approximately 4 in 10,000 babies are born missing part or all of a limb. These can be either congenital (meaning the baby is born missing the limb) or acquired (meaning the limb is lost due to a traumatic accident, infection or surgery). Congenital limb deficiencies can be caused by a variety of factors including chromosomal abnormalities or exposure to toxins in the womb including medications, high doses of vitamin A, viruses, or chemicals. Upper extremity (arms and hands) limb deficiencies are more common than lower extremity (legs and feet). The most common congenital limb deficiency is a left transradial limb deficiency (below the elbow). Lawn mower accidents and motor vehicle collisions are the most common cause of acquired limb loss in children.

In honor of “Limb Loss Awareness Month,” I’m thankful for the opportunity to draw awareness to this topic and discuss what parents and caregivers can do when confronted with the awkward situation of a child pointing or loudly asking a question about someone who looks different. As previously stated, quieting the curious child and walking away may stop the child from saying anything potentially offensive, but it does not fulfill their curiosity.

As a physician helping people with disabilities, I’ve had many conversations with my patients on this subject. One such patient was in a wheelchair from a spinal cord injury and lacked all movement and sensation in his legs. He described that when he is out in public, he frequently overhears children ask their parents, “What is wrong with that guy’s legs?” This patient was disheartened each time he saw parents quickly walk their children away from him. He is (obviously) aware that he cannot walk and is neither offended nor embarrassed by a child’s curiosity regarding his wheelchair. He told me he admires and appreciates parents who walk up to him with their children, introduce themselves and let the children ask him questions. This way, the topic of wheelchairs or disabilities no longer seems “scary” to children, and they will learn that people with disabilities are someone to befriend, rather than someone to be feared.

As with all disabilities or differences, the goal is to teach children that all people are “someone” rather than “something.” It is important to teach children by example: that people come in all shapes, sizes, colors and abilities.

My first children’s book titled “I Have A Doll Just Like You,” a story about amputation and limb deficiency, is releasing this month. It is a fictional, illustrated story for children about a little boy with a congenital amputation of his left arm. It also includes a glossary of amputee terminology, a letter to parents and teachers, and a series of discussion starters for families and classrooms. All of the proceeds from the sale of this book will be donated to send children with limb differences to amputee camps. 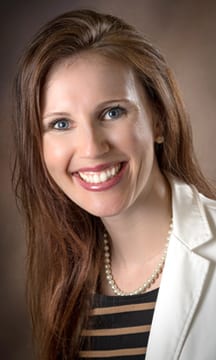 Dr. Julie Larson’s passion is working with adults and children with disabilities, especially limb deficiencies. She lives in Metairie with her family and currently serves as Medical Director and Chief of Staff at North Oaks Rehabilitation Hospital in Hammond.

Diagnosis :: Peripartum Cardiomyopathy {What Is Happening to Me?}