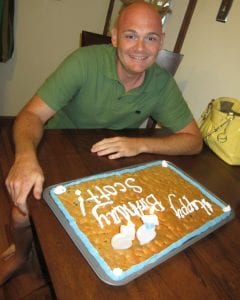 , August 28th, 2005, instead of celebrating my husband’s 30th birthday with our friends and family at a surprise luau, we spent the majority of our day cramped in our truck filled to the brim with photo albums and other sentimental items we fear could be lost in the “storm of the century” otherwise known as Hurricane Katrina. As we sat in gridlock traffic on Airline Highway on that beautiful Sunday (with weather perfect for a party), we fielded at least a dozen phone calls of “I guess there is no party today” and “be careful” and “I love you!” not knowing when we would see some of these friends again. Meanwhile, my stomach was in knots of dread because I had a bad feeling about this one.

For many, August 29th is a date that can never be forgotten, and it certainly is not a celebration.

It is usually a day marked by solemnity and reverence, of sadness and also respect for those lost and who New Orleans some of its darkest days. For our family, even before Katrina, August 29th has always been a special day, as it is my husband’s birthday.

When we woke up on Scott’s 30th birthday sleeping on an air mattress in the Louisiana Wildlife & Fisheries building to howling winds, there was also an intense level of fear of uncertainty looming. While we ate cookie cake and looked out the window at driving rain with limited ability to connect with family and friends on busy phone lines, we remained hopeful, but expected the worst. For him, I felt terrible. We spent his whole birthday listening to the radio and the horrible reports. Then, when we finally got the TV to work, the fear really set in when we saw no news of our town, but many terrible images from the city, St. Bernard, and even Jefferson.

Kindess poured from all over the world.

Because we were staying at my father-in-law’s office in Baton Rouge, we were welcomed into the home of one of his 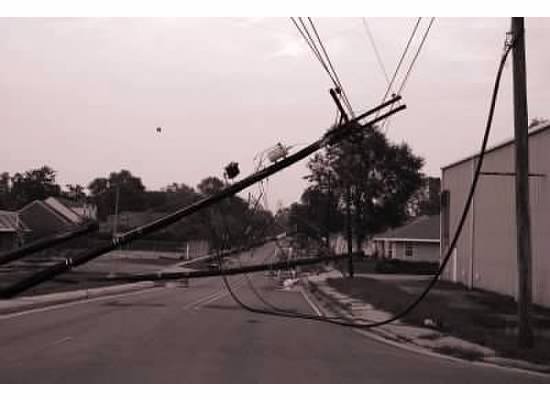 coworkers to have dinner that night. As we sat in the candlelight with this family we barely knew, I realized that we were blessed. These kind people opened their home and hearts to provide us with a birthday dinner when they too were struggling with having no electricity and uncertainty. At that moment, I had no idea if I even still had a home, but I knew my family was safe and that there were KIND people out there who were willing to help.

During Katrina and the aftermath, we heard countless stories on the news of all of the bad that came out of the storm. What the media failed to report was all of the GOOD that came out of it. Kindness poured from all over the world and even in our communities. People I barely knew jumped at the chance to send help when we were unsure of our situation in the coming days.

We were very fortunate during Katrina.

Our home was spared and our family was safe. While we “camped” at our house during the aftermath without power and other amenities for 2 weeks, we truly gained so much from the experience. Still newlyweds at the time, having only been married 2 years, the storm proved so much to us that we look back on it as a learning experience. It taught us how to believe in each other, depend on one another, and to believe in the good of people. When we got home, we had no power for two weeks, but our neighborhood pooled our resources together. We shared generators, food, water, and phone lines to try to connect to our families and friends elsewhere. We really got to know our neighbors and worked together to make sure we all got through – a gift that, to this day, keeps on giving nine years later.

We learned the value of community. 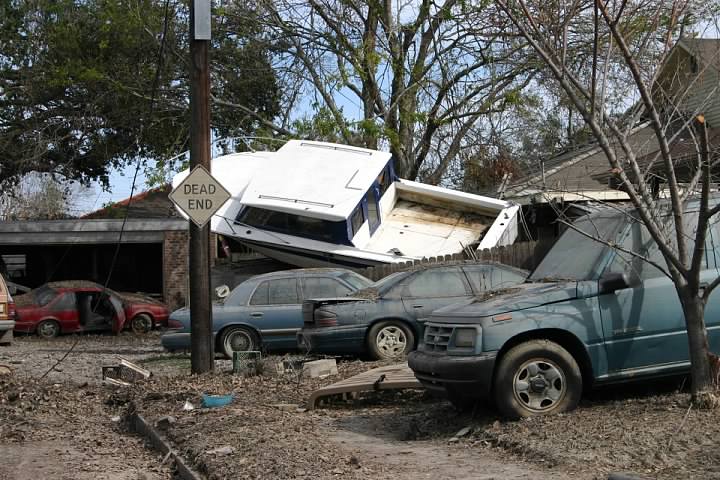 For many, Hurricane Katrina took away so much, but for us, we gained a greater appreciation for community, first responders, and gratitude for what we had. We watched so many people we cared for lose their homes, belongings, and their faith, and it really made us think about what was important to us in life. Katrina gave us perspective on what mattered to us, and it forced us to find the positive in the darkest of times.

For many years following Katrina, the date of August 29th has marked so much more than just another birthday. It marks another year of a city’s rebirth and a year of staying positive after Katrina. In 2008, we spent Scott’s birthday enjoying cake and preparing to evacuate yet again, for Hurricane Gustav. In 2009, we mourned the loss of my mother-in-law on his birthday, but celebrated her life. Three years later, our luck changed as we were expecting our miracle baby boy on that very day, August 29th! He came a few days early, but we were home for Scott’s birthday, and we were able to celebrate his first birthday as a dad… the best gift ever!

While we have several birthdays in our family that fall during the peak of the “season,” August 29th always serves as a great reminder to keep what is truly important in perspective as we are blessed to have our family, home, health, and each other. We choose to focus on the positive sides of that fateful day in 2005. In being grateful for our blessings, we discovered we have a lot to celebrate every year on August 29th, even if a storm knocks the power out!

From Breast to Bottle…and Proud of It!