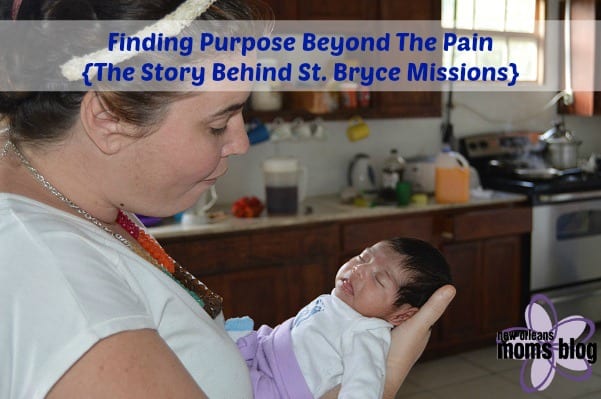 Growing up as a girl in Lakeview, I never imagined I would ever leave New Orleans to live anywhere else.

I certainly never imagined myself living in rural Costa Rica and serving a community of remote indigenous peoples.

But this is where my story has taken me.

It all started when I fell in love with a boy who has a heart for adventure and learned to let him lead to new places. That was nearly 19 years ago, and since then, I have learned to embrace the adventure that has become our life together.

I am Colleen Mitchell. I grew up in Lakeview, and am still a New Orleans girl at heart. But I now live in Turrialba, Costa Rica, where my husband, my five living sons and I are serving as missionaries to the Cabecar indigenous peoples. We are the founders of the Catholic non-profit organization St. Bryce Missions and currently run the St. Francis Emmaus Center, a hostel that provides prenatal, labor, and postpartum support to indigenous mothers, as well as access to needed health care, advocacy within the government system, and ongoing health education for mothers and children.

Our organization bears the name of my sixth son, Bryce, who died in his sleep at three months old six and half years ago. I didn’t set out to change the world on his behalf after his death in 2009. I was simply trying to figure out how to bear my grief and live again. I had five other boys still to love and raise, and that was reason enough to keep going, but there was a deeper need that I could not even recognize in the beginning. I needed not just to live but to be passionate about the life I was living. I needed purpose beyond my pain. And as I experienced four subsequent miscarriages in the years following Bryce’s death, the need became all the more evident.

Living and Serving in Costa Rica 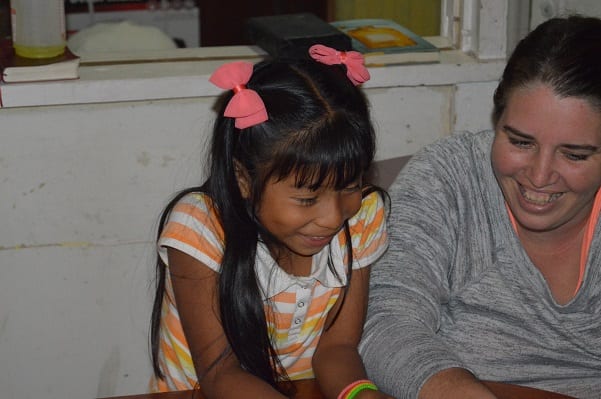 When the opportunity came up for our family to live and serve in Costa Rica and form our non-profit in 2011, I knew we were being led on another new adventure. It took me a while to embrace the idea, but in just a short time, we were boarding a plane and pushing forward into a new life.

The Cabecar indigenous people live in the rural mountainous region of Turrialba, Costa Rica in reserve lands that are only accessible by foot paths. Some families live within a couple of hours walking distance, and others, days away. Not long after we arrived to minister to this tribe, I began to wonder about mothers and sick babies, as any mother’s heart would do. A little research revealed that the population has a five times higher maternal and infant mortality rate than the rest of Costa Rica. I felt a new purpose stirring inside me. 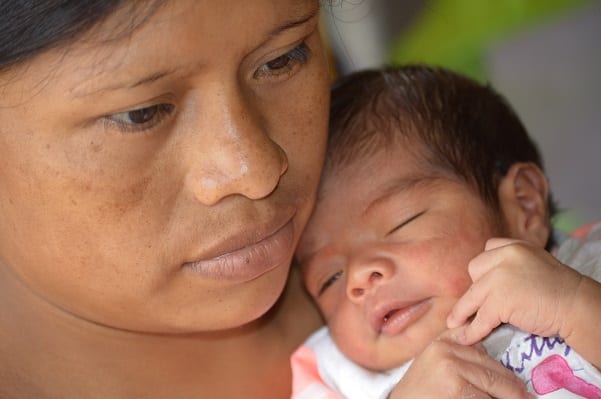 For the past two years, we have been living near the nearest state-run hospital in Turrialba, Costa Rica, opening our doors to Cabecar mothers and their children so they can access health care after their long journey out of the reserve lands. We provide food and housing, accompany them to appointments and through labor and birth, advocate for them within the system, and provide continuing health education. We have welcomed more than 300 mothers into our home over the last couple of years and were cited by the Costa Rican government as part of the efforts that successfully reduced infant mortality in the population by half in the last two years.

I never expected I’d find my purpose in life in the middle of my pain, knowing the fear of a mother whose child’s life is at risk, far away from my family and all that is familiar to me. But I have. And I am so grateful every day to feel the fire of passion burning in my heart again, and know why I am still here, what I am living for. 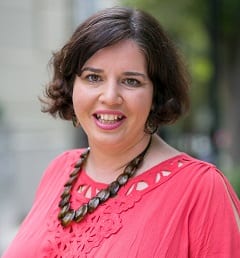 Colleen Mitchell is a New Orleans native who is now lives and serves in Costa Rica with her husband, Greg, and her five sons: Quinn, Gabriel, Brendan, Evan and Kolbe. She and her husband founded St. Bryce Missions and the St. Francis Emmaus Center. While she loves her life in her green mountain home, she will always yearn for Orchid Plum Vanilla snow balls, the sound of the St. Aug band, and the sight of St. Charles Avenue on a Sunday afternoon. She blogs at Blessed are the Feet and her first book will be released by Servant Books in August 2016. You can follow Colleen and her work on Facebook, Twitter, and Instagram.