I often like to write about things I wish I knew before having kids, like Sh*t someone should have told me and Sex after marriage and kids: the reality and keeping it spicy. The topic of ‘pregnancy brain’ and ‘mommy brain’ isn’t one I was surprised about. After misplacing my cell phone while pregnant with Jude only to discover the fridge was ringing, I didn’t think it could get much worse. Then I became pregnant with baby #2. 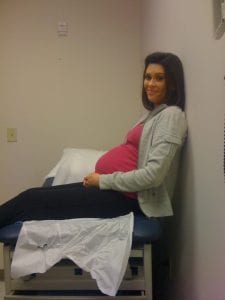 It all started in my second trimester when I stopped at the grocery store after work. Since I only needed a few things, I left my purse in the car and just took my wallet and keys. As usual, I was in a hurry and went through self checkout. I was home in record time and started my dinner prep. Ten minutes later, my employee calls: “Hey space cadet, are you missing something?” she asks. (I referred to her as such just an hour earlier, so this is clearly karma) “Nooo…why?” “What about your wallet?” “No, I just had it at the store to buy groceries,” I reply. “Yea, well…that’s where you left it.” Huh? Apparently, I stuck the wallet in one of the bags at self checkout and left it there. The person who came behind me found it when unloading their groceries at home, located my business card inside, and called the gym. Talk about a good Samaritan. AND they brought it to the gym for me.

A few days later, I was having dinner at Superior Seafood for happy hour. I went to the restroom and promptly headed to the sink to wash my hands. Since I just had my ring cleaned, I placed it on the shelf above the sink while I washed. A few minutes later during dinner, a lady approaches the table and asks if anyone is missing a wedding ring. I look down at my hands and realize it’s me. Wow, I love honest people.

The following week, we met friends at Slice for happy hour. Jude was in a terribly cranky mood and made the entire meal quite challenging. Needless to say, I was flustered and by the end of the meal rushed out the restaurant. The waiter chased me out, “Ma’am! You forgot your purse!” Of course I did. Because that seems to be the sort of thing I do these days. I thank him and head across the street to join Josh and Jude. I look to my right a little late to see a car screech to a halt to avoid mowing me over. Lovely! I forget my purse THEN almost get hit by a car. Time to go home. 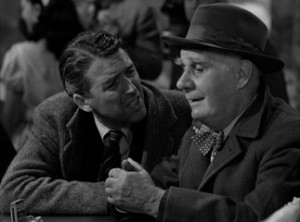 All of these events took place in December, within a two week time frame. I told everyone I had a ‘Clarence’ (you know, from It’s a Wonderful Life), and it was my guardian angel looking out for me and my stupidity. My mom offered to pick up Jude from school on a day she normally wouldn’t, I think for fear I would forget the poor child. Guess I couldn’t blame her. Josh said he was going to strip me of all things valuable to avoid losing anything else. I was doing fairly well in terms of my level of forgetfulness and overall loss of brain cells recently, just suffering from the normal, having to write things down, and retrace my steps. Until this past week when I truly earned my sister in law’s nickname for me, “Hot Mess.” 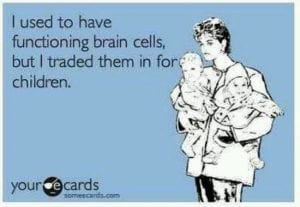 I went to the bank after picking up Jude from school. I asked for cash back and when I tried to take the money out of the canister in the drive thru, it slipped out of my hands and went flying around the bank parking lot. I instantly jump up to go catch it, but then realize I cannot open my door all the way. A sane person would simply pull the car up a bit. Not me. Instead, I struggle to wiggle my way out the car and run around the parking lot picking up my cash. All the while Jude is hollering from the back seat, “Mommy! What are you doing? You lost all the money?!” I am sure the man behind me in line, as well as the teller, were getting a kick out of this. Once I gathered all the money, I headed back to the car. Puzzled as to how I got out, I could not figure out how to get back in. Every way I tried, my belly was in the way. A rational person would have climbed in through another door; but alas, I am clearly not rational. After trying at least 10 methods to get in the vehicle, I decided to get back in the way I got out. So I backed it up, butt first, into the car. Relieved and embarrassed, I headed home. Not even two minutes after, the bank calls. “Ms. Vicknair, you left your driver’s license in the drive thru canister.” Of COURSE I did. Pregnancy brain=1, me=0. On the positive, when I returned to collect it, the teller sent some suckers for Jude. I wanted to ask for a shot of tequila instead.

So don’t feel bad if you’re forgetful, absentminded or downright stupid sometimes. You can join my club.

What forgetful things have you done during pregnancy and beyond?

5 Holiday Traditions To Start With Your Family This Year