Sure, toddlers can be temperamental—one minute my son is as sweet as pie and the next he’s in status melt-down because I won’t let him eat ChapStick. His immature mind can’t fully process the fact that maybe, just maybe, I have his best interest at heart by 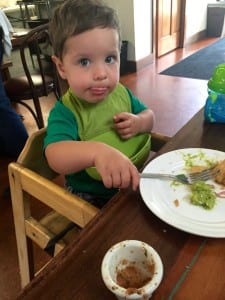 preventing him from ingesting waxy lip balm. I find myself explaining things to him that, before being the parent of a toddler, I would have never thought required an explanation. This morning, for instance, when I uttered the words, “No baby, we can’t squeeze ALL the toothpaste onto the floor because then we won’t have anything to brush our teeth with.” He has a weird fascination with toothpaste … future dentist, perhaps? Oh, and my son likes to “announce” that he’s finished with his meal by ripping his bib off and throwing it, as well as the remaining contents of his plate, on the floor — and people wonder why my dog has gained 20 pounds since he was born! All this to say that two is my favorite age … so far!

The terrible twos are something that enough parents warned me about that I imagined my sweet boy would vanish on the dawn of his second birthday and be replaced with a tantrum throwing, strong-willed, demanding little monster that I wouldn’t recognize as my own until we were well past the threenager stage. While there are moments where my patience is stretched thin, like the time the entire toilet paper roll was dispensed into the toilet, seeing my child discover the world around him and develop his little personality has been nothing short of amazing.

He is an impressionist – he does the cutest imitation of the Sesame Street Count—he could almost pass as a Transylvanian … Ah, Ah, Ah.

He is a chef – he pretends koozies are oven mitts and hums like the whirl of the blender when making magnet and block smoothies.

He is a flirt – this blue-eyed boy knows just how to flash a look at a pretty waitress to get a free pancake.

He is a music lover – sure, we have to put the same track from Wicked on repeat every time we’re in the car, but it could be worse! WAY worse.

He’s a comedian – one morning I woke up to him calling me from his crib, but instead of shouting “Mommy,” he was hollering “MORE BACON” at the top of his lungs. 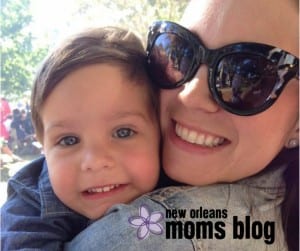 He’s always surprising me with what he knows and he goes from counting to three by saying “two, three, two! Yay – I did it!” to perfectly counting to ten out of nowhere. I’ll be a little sad when he no longer “sings the alphabet” by just repeating the first two letters of his name over and over. Sometimes he pushes me away to assert his independence—I do it, Mommy!—but other times he pulls me closer—Hold you, Mommy!—as he lays his head on my chest.

In my moments of frustration, I try to put into perspective that his toddler-hood is a fleeting phase of his little life—alife that’s moving way too fast for me.

I think every age has its parenting challenges, and I’m sure one day I’ll be aching to have my two-year-old back, tantrums and all. One day he will stop calling cats “meows,” he will 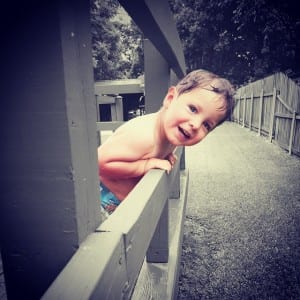 lose interest in his stuffed elephant that he adorably named “Chicken,” and he won’t climb into my lap to read the “choo choo” book. He will grow to be self-sufficient, and while I don’t think I’ll miss cutting grapes in half, I’m sure I will long for the days when he made me late for work because he demanded to be held, and well … holding a toddler and applying mascara is hard! So, if you’re approaching toddlerdom with your little one, don’t let people deploy the “terrible two” scare tactic on you. Two can be magical, and hilarious, and delightful!

Ask me in a year if I feel the same way about three … I’ve heard that age requires a lot of wine!

The First Night in Our New House