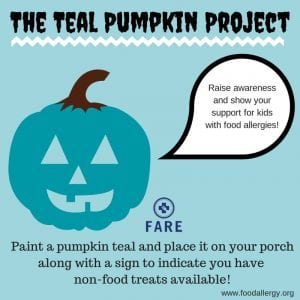 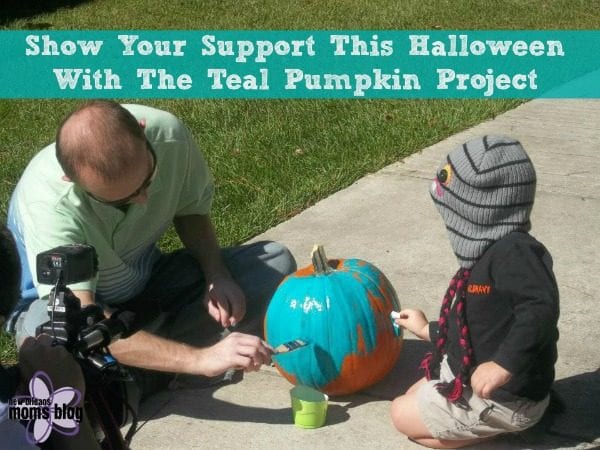 So many people have told me they feel guilty for never considering this problem before, but I feel the same way. Before Caden’s issues arose, I never thought about what Halloween is like for a child with allergies. In the United States now, 1 in 13 children are diagnosed with at least one food allergy. This number doesn’t include all of the children with food intolerances, sensitivities to food ingredients/dyes, or the children with other disorders that may limit what they can eat (such as diabetes). With so many children affected, we need more awareness so they and their families can have the support needed. We certainly aren’t trying to take the candy out of Halloween; we just want an option added for our kids when possible.

While painting a pumpkin teal is a fun way to join in, if you don’t have extra time for it, you can also just print out (or make your own) sign to put on your door announcing that you have non-food treats available. By adding little items such as stickers, glow sticks and little vampire fangs, you’ll be including kids who just want to go trick or treating too. I hope you’ll consider joining in and sharing this project with your neighbors! 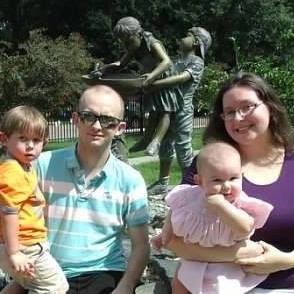 Katherine is a Baton Rouge native, now living in Denham Springs. She runs the Teal Pumpkin Project in Louisiana and is co-director of Intact Louisiana. She has three children: Ember, who passed away at birth, Caden (3 years old), and Vivian, the baby boss of the house.

Finding Our Tribe {Living in Special Needs Limbo with my Preemie}