I have a 4 year old son. He has gone through several toy phases throughout his short lifetime. When he was one, he was into anything that rolled, especially balls and emergency vehicles. When he was two, he was all about Thomas the Train and construction vehicles. At three, race cars consumed his play time. 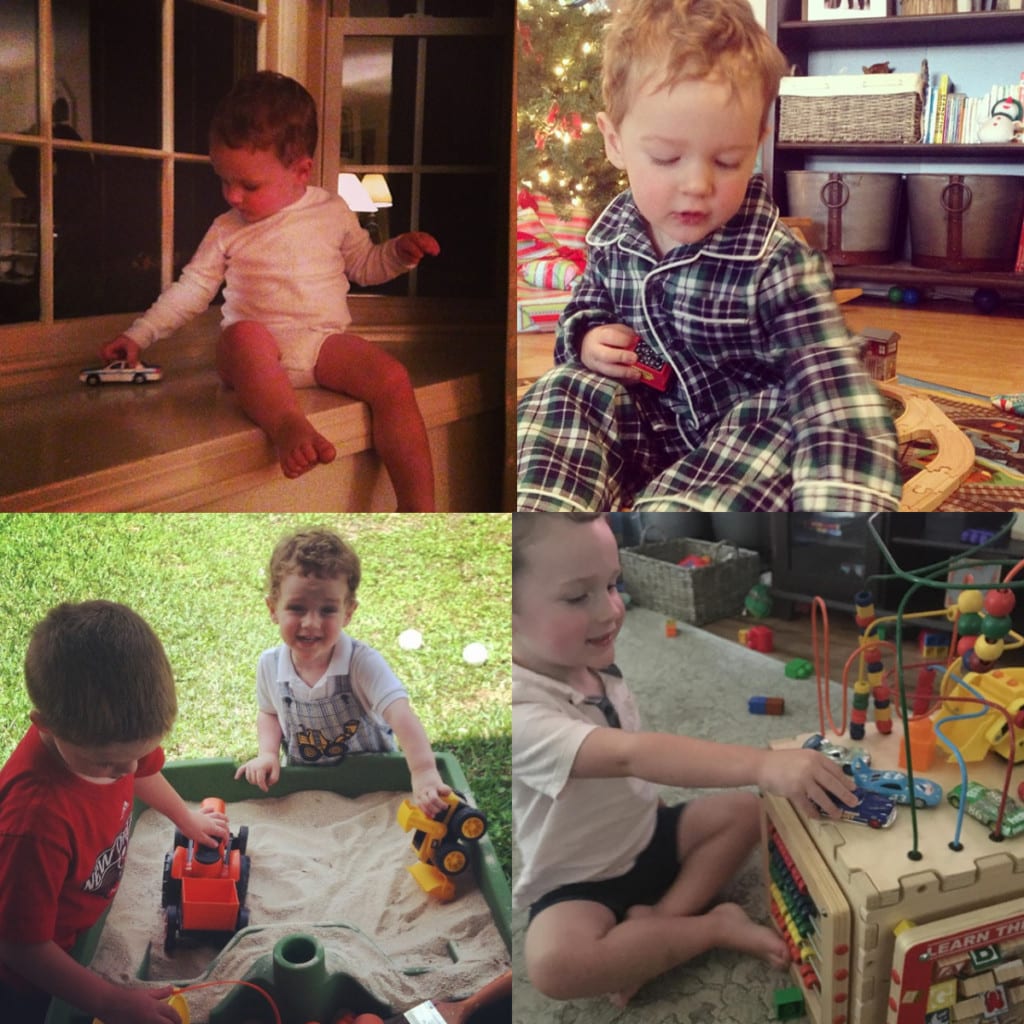 Now that he is four, he loves action heroes. Ninja Turtles, Power Rangers, and Batman are just a few of his favorites. The problem with these action toys, dear Toy Manufacturers, is that they all seem to shoot very small things like laser beams, discs, and darts.

I understand shooting discs out of a Bat Bot is very appealing for a 4 year old boy. He mainly ignores the remote control, which to me is the most fun part of the Bat Bot, and instead shoots the laser discs (which are only slightly bigger than a quarter) under the couch, behind the play kitchen, between the couch cushions, and basically anywhere except in plain sight. This means that roughly 4,365,1248 times a day I am asked/begged/demanded to “help” him find the discs. When it comes to a four year old boy (or often a forty year old man, if we’re being honest), “helping” him find anything translates into him hopelessly looking for the missing object without moving a single thing while good old Ma over here is on her hands and knees searching under furniture, lifting cushions, and, you know, actually looking for the item instead of bemoaning its disappearance.

The same scenario goes for every blasted thing Imaginext makes:

Shark Pirate Ship: “Where did those red darts go? Oh, the cannon ball rolled under the couch again?” 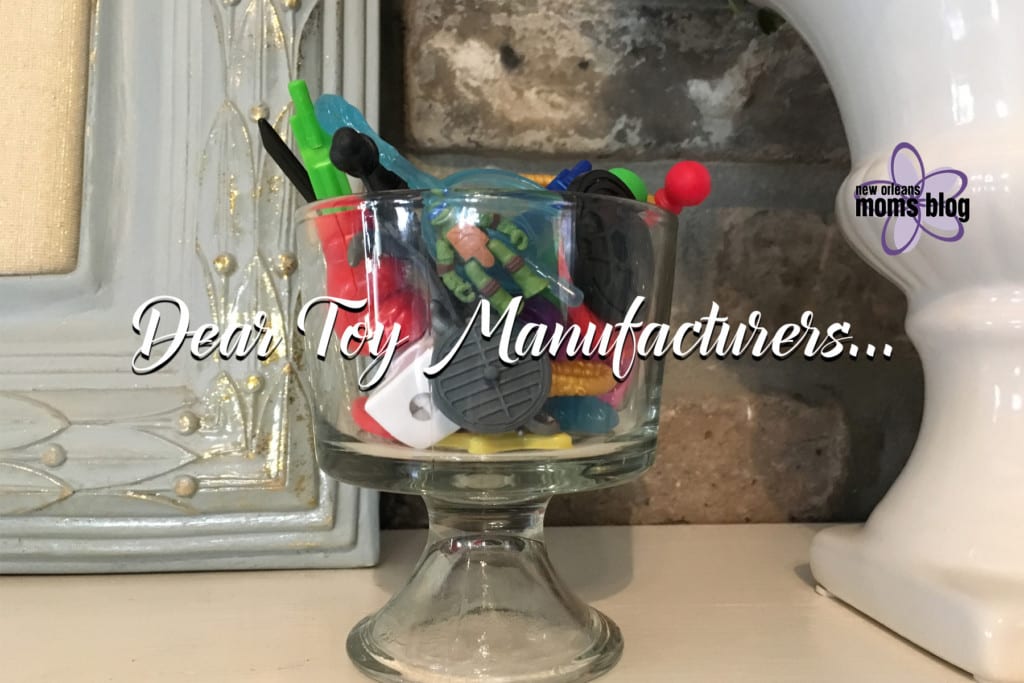 And, don’t get me started on the Ninja Turtles. Toy Manufacturer People, what is with all of the tiny weapons? Can’t you just create the toy mold with the weapons already in the figures’ hands? Does each Ninja Turtle really need twenty weapons, each smaller than the next?

Another problem with the minuscule pieces is younger children. If my four year old were the only kid in town, the microscopic pieces would be a nuisance, but not a threat. I also have a 18 month daughter who still loves to put things in her mouth. Because of that, I have to keep a small dish on my mantle. Throughout the day, I scan the floor for tiny pieces and stick them in the dish so my daughter doesn’t find them. How big is the dish? Tiny, of course. A 6 ounce dish can hold roughly one million toy accessories.

At least fifty times a day, I remind my son to pay attention when he shoots objects out of the toys. I remind him not to aim near furniture. I remind him not to shoot his sister. I remind him to pick up the pieces when he is done playing with them. I am so tired of thinking about these little pieces of plastic! I would ban the toys completely if they didn’t give me 20 minutes of peace from time to time so I can get work done. My life would be so much easier if toys were manufactured without these accessories.

So, Toy Manufacturers, for the love of mothers everywhere, please knock it off with the teeny, tiny pieces!