Before I was a grown up with a mortgage and a job and a husband and two children, I was a dreamer. There was nothing I wanted more than to be an actress tackling the intricate complexities of famous heroines. In my high school speech class, we each had to give an extemporaneous speech and mine was an Oscar acceptance speech in which I held up my city championship cabbage ball trophy and humbly thanked the academy. It was a life so completely based in my imagination that it is hard to explain how much I struggled to use it. 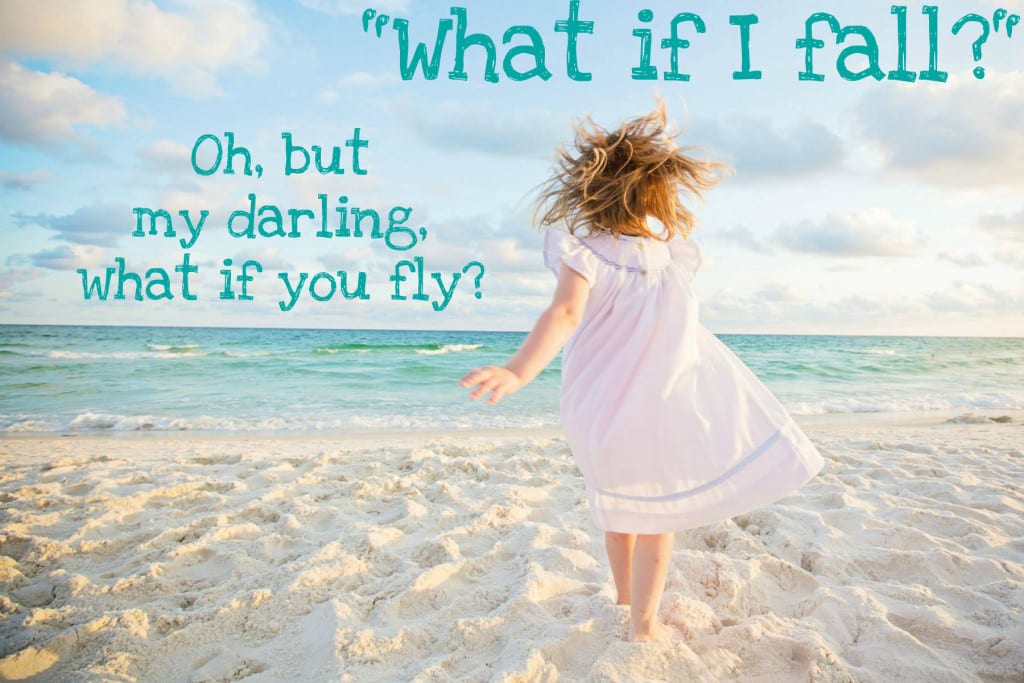 I once auditioned for Bye Bye Birdie, a musical whose dialogue I could recite by heart. In the audition, we had to pretend to be the giddy, adoring, screaming fans of Conrad Birdie (the 1950s equivalent of Harry Styles). As each girl went, she let out a guttural squeal that would have captured the attention of any superstar. And then it was my turn. And I froze. I couldn’t get past the fear in my head that I would look stupid or sound ridiculous and so a little squeak came out. I knew that my dreams of being a star in the play were over and was not surprised when I was cast as “adult number 4.” You see, adults don’t fawn or faint or jump up and down on stage singing cheerful tunes that the audience loves. Adults stand in the back and fill space.

Fifteen years ago, I thought that musical performance camp after improv lesson after community theatre performance would save me from my own inability to let go. If only I had known that one day I’d find myself flying with my three year old in a patch of grass as we assumed the role of mother butterfly and daughter butterfly. I would adjust her imaginary wings and take her to sip nectar from the rose bushes when she would tell me we needed to stop to get a drink. “Slerrrpp,” we would say in unison. I have no idea what that must look like if you happened to be a passerby in the audience of our play, but I know that I no longer care. The only audience whose approval I seek is hers.

You see, my daughter is more in touch with her imagination than any acting coach I’ve ever known. She lives in this magical world of wonder where she is a princess superhero whose power is to turn bears into mermaids. I mean, seriously, can you think of a better power? With her, I can attest to being a mom who wears many hats. I am a British archaeologist, a French ballet teacher, a Transylvanian accountant, and a hollering monkey. If there’s an accent I can try, I will. If there’s a character I can create, I do. If there is a superpower I can embody, I am.

My daughter’s imagination allows her to live in a world where anything is possible, and it is inspiring. Recently, my husband and I were sitting together on the couch with her. As he and I were talking about the week ahead, there arose a clatter at the foot of the sofa. Before I could tell what was happening, I saw two feet wrapped in a cloud of blankets launching the little person they belonged to off the couch. This commotion was followed quickly by a loud thump that could only be that of her head meeting our tile floor. And before we could ask if she was ok, a little thumbs up appeared from the pile at our feet. When I asked her what in the world she was doing, she looked at me and with a straight face and hope in her voice said, “Well, Mommy, I was trying to fly.” When I said, “But, Janie, people can’t fly,” she simply smiled and flapped her arms up and down. “But you said I’m a beautiful butterfly.” “You are, my sweet girl, you are.”

I know that at some point in time, this stage will end. I know that there will come a day when her life is grounded in the drudgery of reality. But until then, I will encourage her to fly. 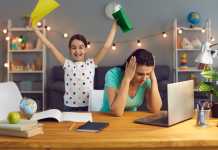 How to Build an Art Cart at Home Your Child Will...