My oldest child is in the fifth grade. Old enough to be able to communicate to me if he’s having trouble in a certain subject and just stubborn enough to think he doesn’t need to try to get great grades.

Math and Science are his jam. He loves to read and spends hours deep in books. He enjoys strategy games and lives for a good challenge, except when it comes to school. This child thinks that he knows all there is to know and school is boring. Granted, he gets excellent grades, even in his gifted program, though one of those grades was undeserved. Allow me to explain …

My son could succeed at Art if put the time into it, though he likes to rush through his assignments and play with friends. Apparently, Art is a goof-off class to him. It’s not like Math, 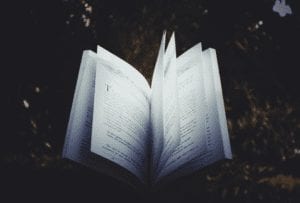 where he can do the calculations in his head and jot down the answers to get on with his social life. You have to actually try. Sometimes there’s perspective and layering which actually require thought and patience. You may think I am being harsh, but it KILLS me that so much talent is being wasted in this kid.

Though I pick him up every day and see all of his teachers in the school-yard, I’d never had any lengthy conversation with his Art teacher. We give the little nod or the wave, while the conversations I do have are typically with his ELA or Homeroom teacher. During his IEP meetings (he has a gifted IEP), we discuss strategies to keep him challenged and focused, Art has never been brought up. I assumed that he was doing fine in Art. One day, about a week before the end of the 1st semester grading period, he tells me he’s failing Art. He says he’s been playing and not finishing his work and the teacher told him earlier that day he was going to fail.

My first instinct was to scream THEN WHY DID HE NOT CALL ME or EMAIL ME or contact me in any way? I was furious. After a moment, I realized I was pointing the blame at the wrong person in my haste to react. I looked at my child and said, “well, it sounds like you deserve the grade he’s giving you. What do you think?” After a brief pause, he said he did deserve to fail and wanted to know if we could meet with the Art teacher. I flagged the Art teacher down and he said he had time right now to speak. We went into his classroom and my son told him he deserved the failing grade and that he would do better next semester. My son asked for help staying on track and asked if there was a way to keep him accountable. I explained that he had an IEP and the teacher replied that he would attend his next IEP meeting to get some insight.

I was proud of that conversation. I was proud that my son, despite his failure to complete tasks all year took responsibility for his actions. That he, all on his own, asked to speak to the teacher. That he asked for help and was going to receive it. I was even okay with the “F” because I knew a valuable lesson was learned and he admitted that he deserved it.

The Moment of Truth (my Lie)

A few weeks later report cards arrived in the mail. He didn’t want to open it because he knew the “F” was going to turn his GPA upside down. I opened it for him. Straight A’s.

I was flabbergasted. Here we have a child, who thinks he’s untouchable. This “F” was the PERFECT learning opportunity for him. To me, it’s the equivalent of rewarding the shoplifter with the item he stole because he said “I’m sorry.” I told him that he got seven “A”s and one “F.” He never asked to see it, so I never showed it to him.

I emailed the teacher asking for an explanation. He said that he did extremely well the last week and made up for it. While I know this is completely ridiculous, I asked for him to make my son earn his grade, through regular participation and completion of work in the second half of the year. He agreed. He is also scheduled to attend the next IEP meeting.

File “asking a teacher to fail my child” under “things I never thought I’d have to do.”

Give Your Child the Gift of Reading