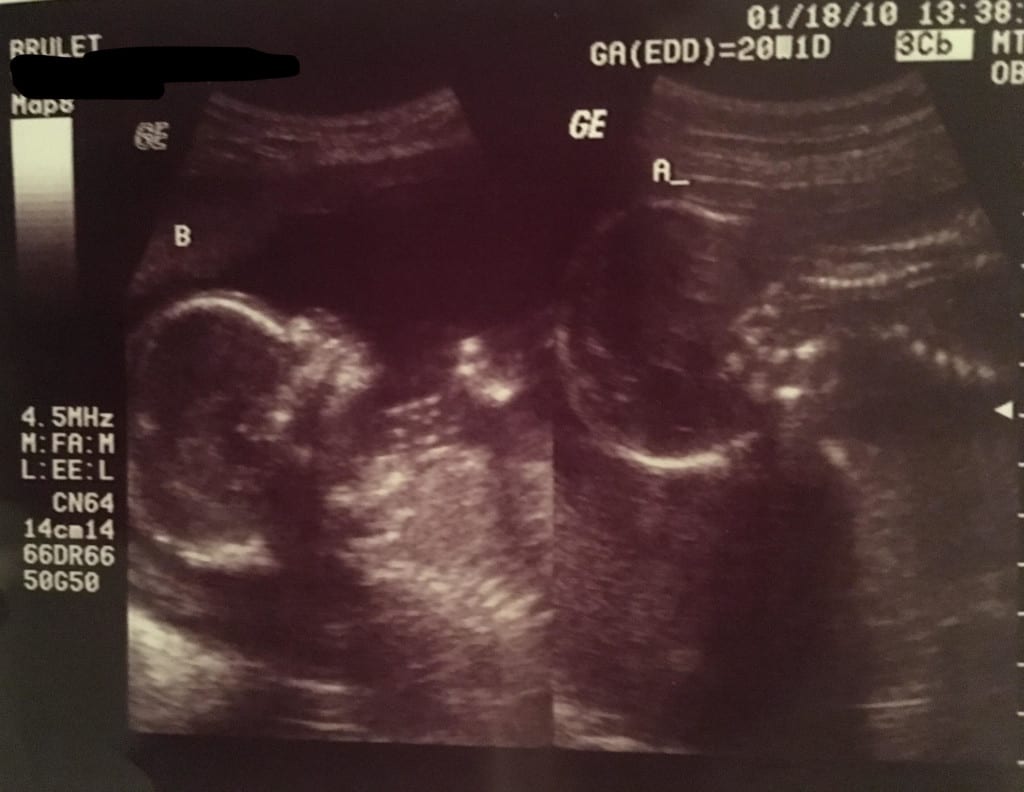 On January 18, 2010, the ultrasound tech confirmed our suspicion. “Oh my God!” she exclaimed. “What’s wrong?” I asked. “There’s two! You’re having twins!” As my belly grew, exceptionally fast, I had a strange feeling that there wasn’t just one bun in the oven. I felt movement very early on, high and low simultaneously. I was feeling faint, short of breath, and dizzy. I felt so different from my previous pregnancy. Even though we had a feeling that it was going to be twins, we were in complete and total shock! We were so excited to add two more girls to our family of three.

Despite carrying twins, I had a pretty uneventful pregnancy. Over the next several months we made some preparations. We purchased a larger SUV since we needed a car large enough to fit three car seats across the back seat. Olivia would only be 21 months old when the girls were born. We only bought one additional crib. We figured that we would co-sleep the twins for a month or so. This would allow Olivia time to adjust to the two new additions before kicking her out of the crib that would become one of her sister’s. Working as a nurse, the 12 hour shifts got the best of me and I was put on bed rest. At 32 weeks, I began having Braxton-Hicks contractions and my doctor thought it would be best if I take it easy during the upcoming weeks. 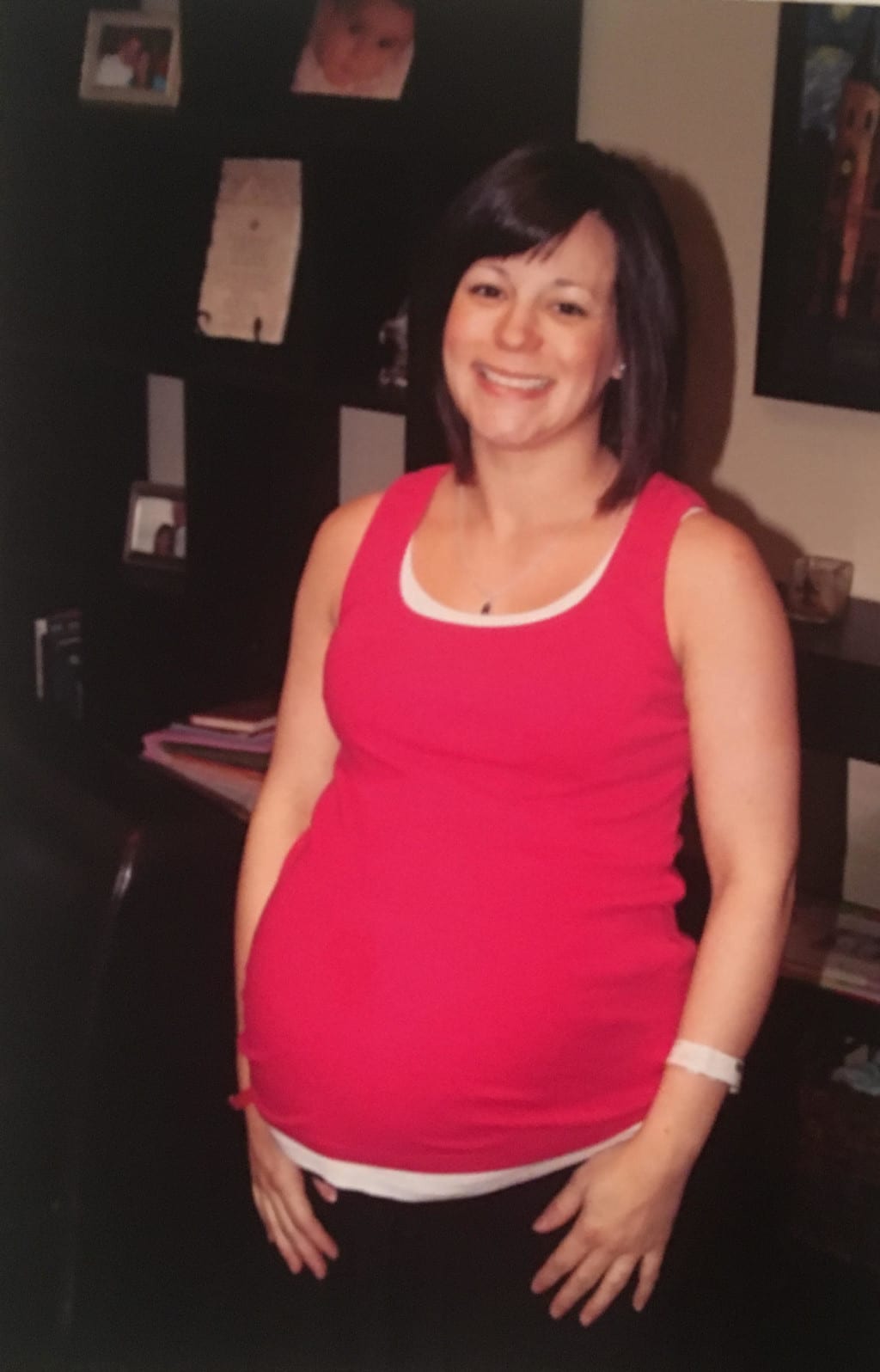 At 37 weeks, I was scheduled for a cesarean section since both girls were breech and I was contracting more frequently. We arrived at the hospital so excited to meet the highly anticipated arrival of the girls. Upon prepping for surgery, there was difficulty in finding “Baby A’s” heartbeat. I tried several positions to hear that sweet, sweet sound but nothing worked. The L&D nurse called my doctor, who ordered a fetal ultrasound and confirmed our worst fears. “I’m sorry. We lost her.” he said.

On May 18, 2010, we welcomed Ella Claire into the world and said goodbye to Madeline Rose. Madeline was born still due to an umbilical cord accident. The next moments, hours, days, and weeks were a blur. All of the planning and dreams that we had for our baby girl were taken away from us in an instant. Ironically, during that time, I found so much comfort and peace. My faith in God grew more than I ever thought possible. I remember thinking that if Madeline had to be taken away from me, then I was grateful that she went the way she did. She was surrounded in the love of her mother and father with her sister by her side.

There has not been one single day that has gone by where I haven’t thought of Maddie and what happened. Yet very early on I stopped asking why. I realized that I would never get an answer, at least not one that I wanted to hear. I would only drive myself crazy. Instead, I thank God for my time with her; as short as it was. She has made me a better mother, friend, wife and overall person. I have learned so many things: to not take anything for granted, that grief has no expiration date, and that the loss of a loved one is something that you never get over, but you get through. I have realized that God has a plan for us all, far greater than one I could ever dream of. I have faith in God that I will see her again. For now, as I hold her sisters in my arms, I hold her in my heart. 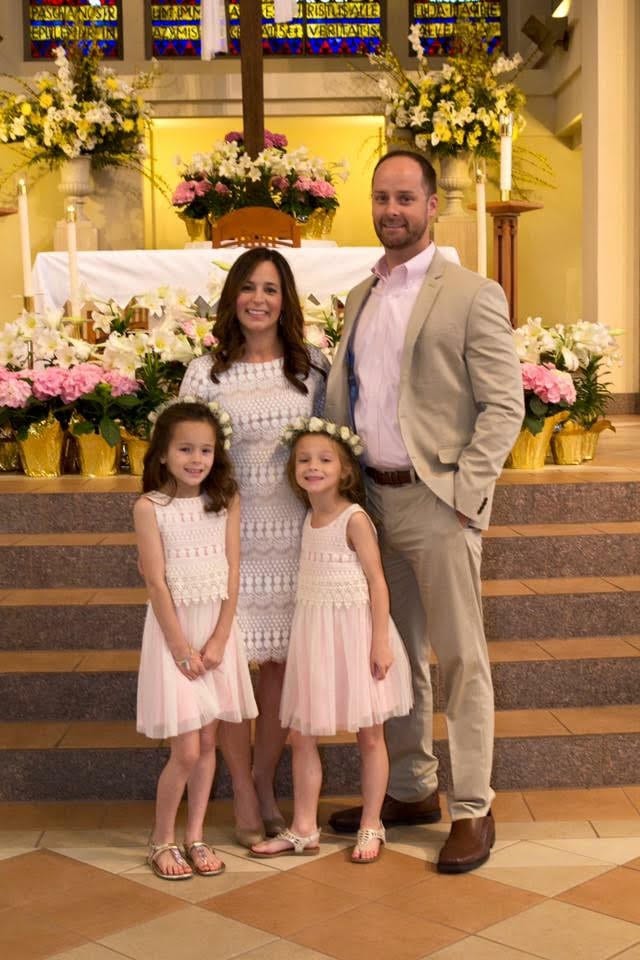 Ashley Brulet is a mother to Olivia, Ella, and her angel baby, Madeline. She has been happily married for 11 years to her rock and best friend. She has been a registered nurse for 11 years. She served as a board member of the March of Dimes of New Orleans from 2011 to 2016. She is a parishioner of St. Catherine of Siena Church and an active member in the SCS Women’s Co-op.

These Effortless Entertaining Secrets will Help You Throw a Pinterest-Worthy Party…...

The Promise Walk {We are the Faces of Preeclampsia}