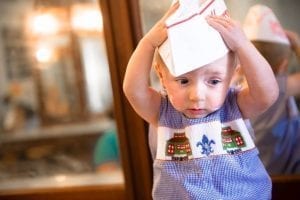 Do you just adore smocked outfits? You know the cute, adorable ones with smocked holiday items like candy canes, pumpkins and bunnies? I, for one, am a huge fan of smocked outfits, but I am the mother to two precious little boys, and they totally sport smocked outfits. Yes, you read that right. I’m a boy mom who dresses her sons in smocked outfits. The hand I was dealt didn’t come with obnoxiously huge bows, princess dolls and ballerina tights. However, I still get my smocking fix with my boys.

Maybe it’s the Southern gal in me, but I just couldn’t resist smocked little jon jons and bubbles; and, if they were seersucker, it made my heart melt a little inside. I know some people are against smocking for boys, but I am not one of them. I feel that boys have their whole lives to dress in jeans and polo shirts or gym shorts with character tees. Why not dress them up while we can? 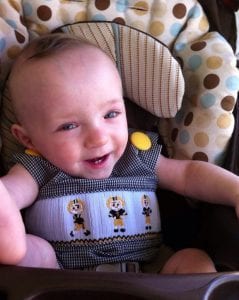 I was so sad when my oldest son was no longer able to rock jon jons and smocked outfits, but, thankfully, I had a little boy right behind him who is still sporting the smocked outfits. Think there aren’t any cute outfits out there for boys? Well, I can prove you wrong. Since I’ve been a boy smocked mom for over 5 years, I’ve found some pretty adorable stuff.

I’ve found a black and gold football jon jon, street car jon jon, pirate smocked tees and many more precious boy smocked outfits. I just can’t get enough! Are jon jons not your thing? Don’t fret; there are many darling smocked tees for boys. I even had my oldest son wear a smocked Christmas tee last year for Christmas; it was just picture perfect!

I know in a few years the time will come that I will have to put away all things smocked once my youngest grows out of them, and my heart may break a little inside, but I’m glad I was able to dress my boys in smocked outfits even though I didn’t have a little girl. Boys in smocked clothing is just as cute as little girls (or even cuter!), don’t you agree?

Are you also a boy mom who dresses their little lad in smocked clothing?

Dear Baby: The Day We Brought You Home

Dear Kids, I Can’t Make Everything