The summers of my childhood were great.

There were lots of long, lazy days spent doing not much at all. Many of those hours were passed playing Nintendo and watching television. Lots of television. And that was fine. This summer, I decided to give my kids a taste of what my summers were like, with access to all the television and video games they want. And it’s been great! Now my kids don’t know anything about Nintendo, but they do have games on the iPad that they love. And let’s not forget Youtube. While some may think this is irresponsible parenting, I’d like to think that I am building tomorrow’s generation of pop culture junkies and trivia team whizzes. Truthfully, I think all the television I watched and games I’ve played have actually helped me in life. I’ve found that knowing about television shows and pop culture in general helps in social situations. Almost everyone can find a common ground with television. 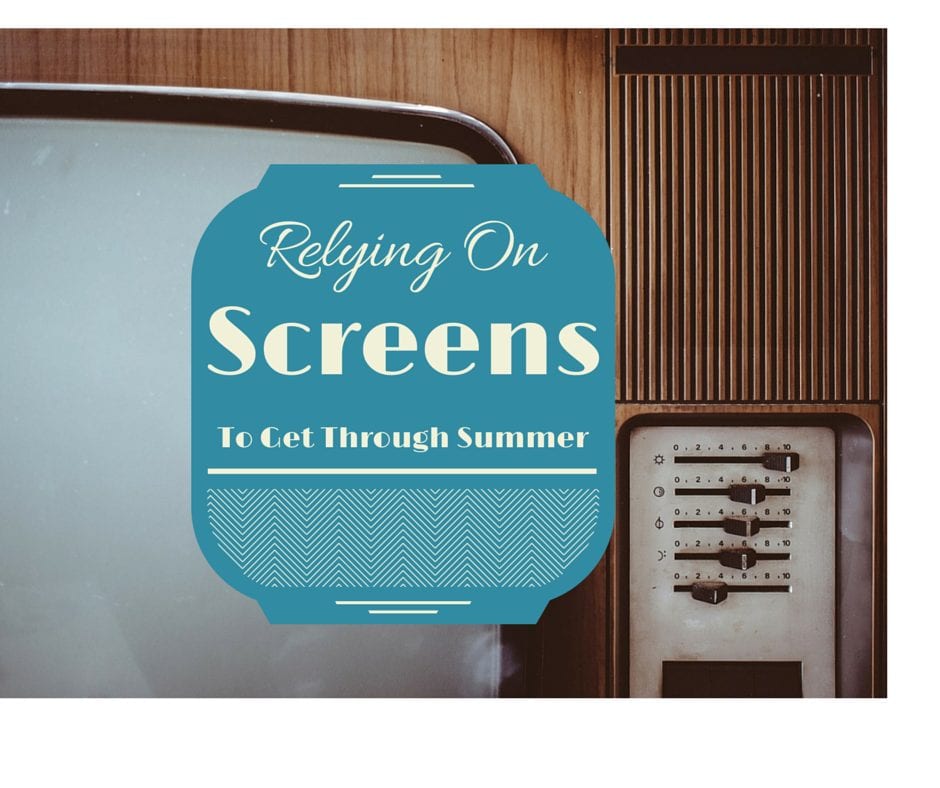 , I will say this: My kids do not sit in front of the television all day long. They go to camp for half the day where they play outside and learn new things. And in the afternoons, I try to either take them to run errands or do something fun. But there are long parts of the day spent in front of a screen. When they wake up, the first thing they want to do is watch television or Youtube videos. We use the television as a timer. I know that by the time Handy Manny is over, it’s after 8 a.m., and I need to start getting everyone dressed and ready for the day. When they get home from camp around noon, they want to watch a bit of television. Fine by me. They watch while I make lunch. Sure, I could get them involved in helping me make lunch or some other task. But have you ever tried to do anything with a two small children and a baby? It’s more mess and stress than I can stand. I played alone or watched television while I was a child, and I turned out a non-serial killer adult who doesn’t have ADHD.

Some days, I don’t even know how I would parent without the television.

I recently had a very painful ear infection. After dragging all three kids with me to the doctor (where they were very well behaved), we got in the car and I put the DVD player on immediately. I needed them to be quiet; otherwise, I would have broken down crying due to the pain. When we got home, I put my middle child down for a nap. Then, I set up my oldest and the baby in my bed with me. I gave my oldest permission to watch whatever cartoons she wanted so I could get some rest and quiet until my husband was able to get home from work. And you know what?? It worked. She gladly snuggled in a blanket and watched TV for two hours. I needed those two hours desperately. But, here is the other side. When my husband got home, he took the big kids to the park and dinner (husband of the year, hands down).

Frankly, I need the down time.

I am not used to being home all day with the kids and just don’t have it in me to structure the day to keep them entertained every second of every day with an activity. I am not a “pinterest” mom. I do like crafts, but doing crafts with kids makes me want to stab my eyes. All that paint, glue, beads, spilled glitter, and effort for only 10 minutes of attention. So, for the times when I need to pick up the house, throw in a load of laundry, cook dinner, write a blog post, send an email for work, or sneak off to the kitchen to eat a piece of chocolate in peace, I rely on my old friend … the television.

So let’s hear it for a summer with filled with iPads, televisions, and screen time galore! Before you know it, summer will be over, and their screen time will go back to pre-summer levels.

A Letter to My Toxic Father-in-Law

10 Reasons You or Someone You Know Might Need an ADHD...