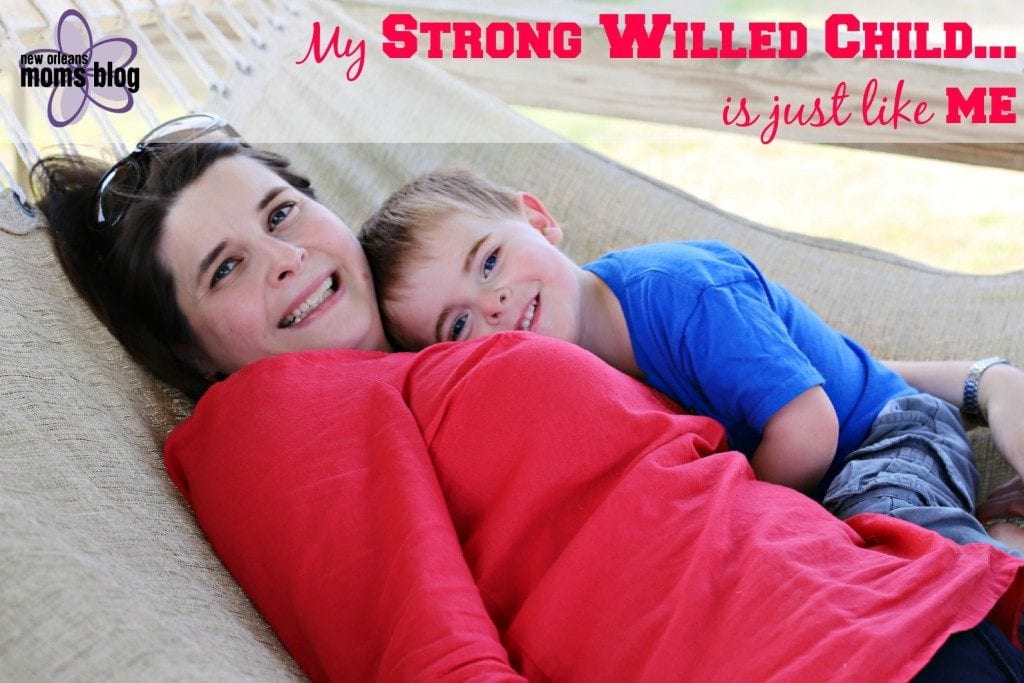 Have you ever heard that expression “the apple doesn’t fall far from the tree?”

Well, I have a little apple, and he certainly did NOT fall far at all. If you asked my parents, they would probably tell you that he could be the almost exact same apple that fell off their tree thirty something years ago!

The only reason I know this is because my kid is pretty much exactly like me, very determined and steadfast in what he wants and believes. He does not like to wait for anything, and he wants his needs met HIS WAY or no way at all. Like me, he is impatient, and when he feels he is being forced into obedience, he will argue until he feels like someone is actually listening to him instead of complying to someone else’s idea of what is expected.

So why I am having such a hard time parenting him?

You would think, apparently having been a strong willed child myself, I would know how to understand his feelings and deal with them appropriately. Sadly, my memories of those early years only include simple summers filled with fun, library books, going to my grandma’s in the country, and getting punished pretty often. To this day, I can’t tell you all of the reasons I was punished, but I am sure it had to do with my failure to listen or do what I was asked. My parents would tell you I was a sweet, loving child, but when I had my heart set on something or when I believed in something (even as ridiculous as believing green beans were poison), I would throw a fit and yell hysterically so that my family would get the message. I also never believed I was wrong. My husband would argue that I still rarely admit defeat.

I don’t really think I can recall exactly what I felt passionately about when I was 3 or 4 years old, but I’m sure I believed that the need to ride my Big Wheel into the street was just as important as my son’s belief that he NEEDS to wear the same shirt & socks every day or that he refuses to eat anything I put in front of him. If it were up to him, it would be chocolate popsicles for every meal, every day, and life would be peachy keen.

I totally get it now that I am writing this out. He is getting closer to four, and with that, he is building up independence with each day. By these behaviors, he is choosing to assert his independence and control of a situation. When I tell him otherwise, he is just not going to accept it and will fight for his beliefs. I just need to figure out a way to make it all work. All I know is the process is exhausting.

Raising a child that will grow into a productive, thoughtful, and polite adult is a hard task, especially when personally, I feel like I sometimes fail on any of those three fronts. I know, as an adult, I let myself get worn down by the world around me. It is hard to be all three of those things on a daily basis, especially when outside forces you to feel out of control. I like routine and being in charge of what happens around me. I’m slowly learning the value of letting go and letting God lead the way, but at the same time, I do not like negativity or someone raining on my parade. For a long while, I let the negativity of others start to crush MY spirit and rain on my parade. I don’t want to be the cause of that for my child. I want to help him build independence but in a safe way, and I want to encourage his creativity and personality so that he can let his light shine.

So how do I do that? 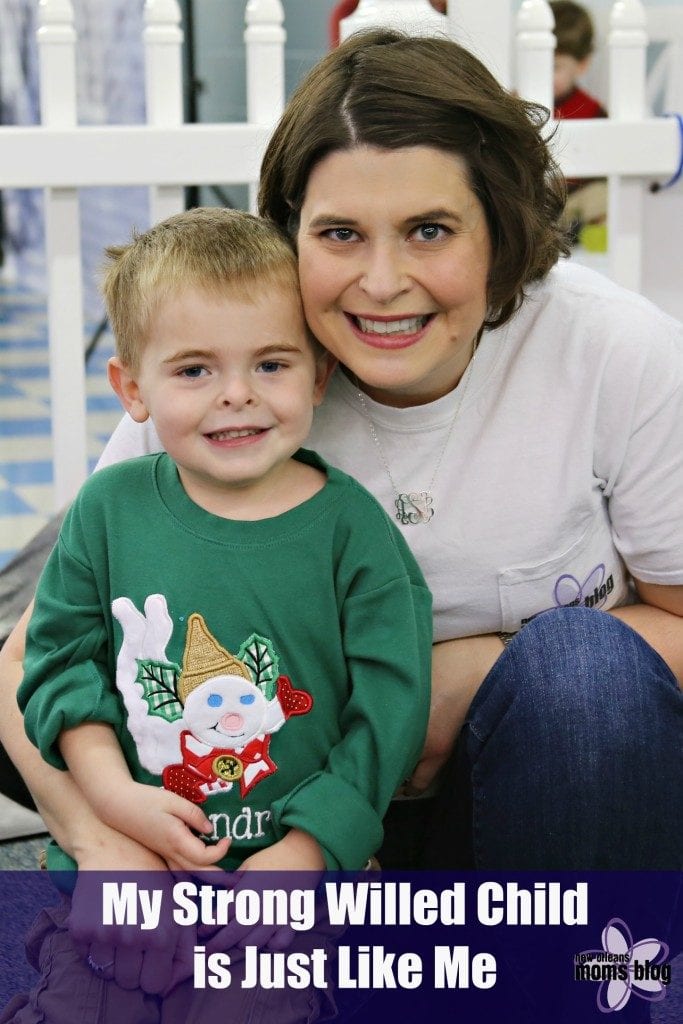 Right now, I have no idea how to navigate discipline of my strong willed child or how to adapt my parenting style to work the best way possible for him. How do I discipline him when he is trying to find his role in the world? How do I let him know that I want him to thrive and grow, but there are acceptable, and not acceptable, ways to live your life? These are questions I ask myself daily. It is hard to be a parent and assert discipline; it is even harder to try to discipline a strong willed child without diminishing their spirit and independence to make their own good choices.

I am learning with each moment that my kid mirrors me in so many ways. Now, more than ever, it is so hard for me figure out consequences without feeling like I am to blame. According to science, strong willed kids are born that way, but sometimes I wonder, is it my fault? Am I causing him to be this way?

The biggest hurdle I have is trying to find the balance of teaching him to respect my authority while also preserving his sense of independence and self respect.

I just hope I don’t lose all of my hair in the process.

My How Parenting Has Changed: A Grandmother’s Perspective {Sponsored}