How Soon Is Too Soon To Take a Newborn Out In Public?

Six weeks ago, I gave birth to a baby girl. The first week we mainly stayed at home, chained to the sofa trying to figure out the whole breastfeeding thing (still struggling, by the way). After the first week, she joined me on errand runs. At two weeks, we brought her to family functions. At three weeks, she had her first restaurant experience. By four weeks, we were taking her to an array of events. That’s when the comments started rolling in about how she was too young to be out in public. This has happened several times in the past few weeks, but two times in particular got me frustrated. 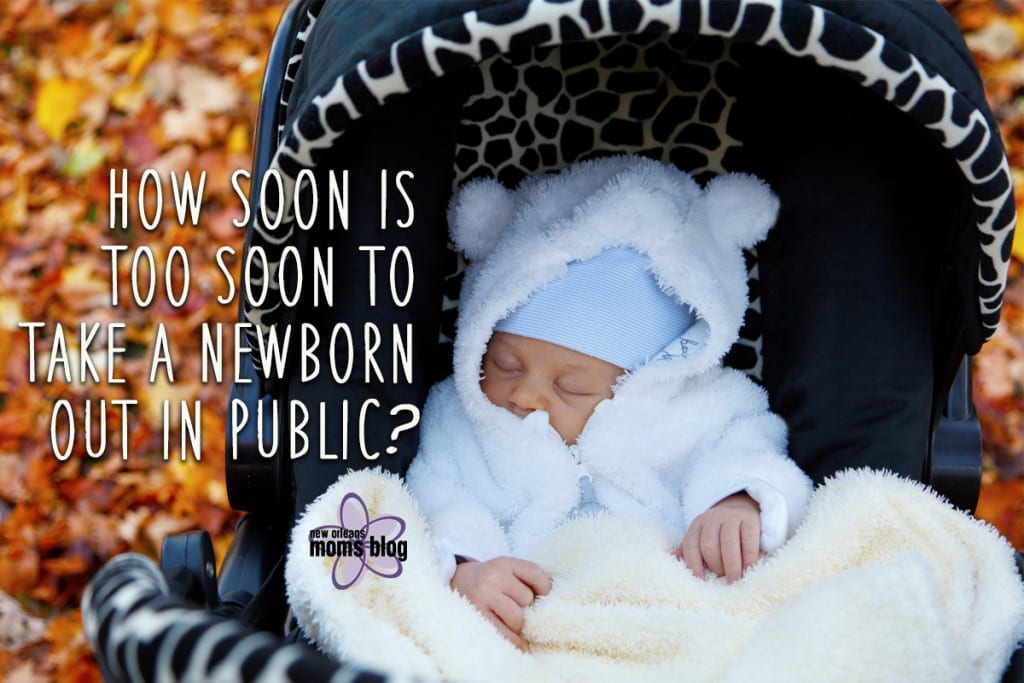 The first was when my little family of four was at a function at a relative’s work. It was one of the chillier days in November, but my daughter was dressed in a long, thick gown with a lightweight blanket, and we were indoors. She was in her stroller; her gown had crept up to her knees and her blanket had fallen. We were waiting in a line and the woman in front of us looked back at my daughter and commented that her feet looked cold. Then she proceeded to feel her feet to see if they were cold. It was probably just a grandmotherly instinct, which I can understand. But she then commented about her being out at such a young age. I told her that it was fine for her to be out – after all, she was probably exposed to more germs from the woman’s touch than from being out in the open.

The following day, we went to a school fair. I was holding my daughter and a woman asked me how old she was. When I told her four weeks, the woman gasped and said, “I can’t believe you have her out here in this weather! She’s too little. It’s so nasty!” It was a beautiful, clear night with temperatures in the high sixties. It was actually a warmer temperature outside than what I keep the thermostat set on in our house, and my daughter was in a long sleeve gown and swaddled in a blanket.

I try not to be too sensitive about strangers’ comments. Sometimes I am successful at not being offended. Sometimes I am not. I’ve just received so many comments lately that I’ve started to wonder if I’m in the minority for venturing out with my newborn so often. I genuinely feel like it is okay to take her out in public, especially considering that at one week old babies are taken to the doctor’s office for checkups. There’s no place where they are exposed more to germs than at the doctor’s office, so my thinking is that if it’s okay to take them there as a newborn, it’s okay to take them anywhere. Well, maybe not anywhere, but certainly okay to take them in public as long as parents aren’t letting everyone touch their faces and hands or doing something absurd like giving them a bath in a public toilet.

How soon did you take your newborn out in public?

A Mom Divided :: When Time Spent With Siblings Isn’t Equal