As I write this, my three-month-old daughter is fighting going to sleep (it’s been a rough day for us both), while my husband, 2 year old son and 4 year old daughter are reading bedtime stories after a night of tantrums, fussiness, and general difficulty. I am exhausted, but utterly thankful to be so. 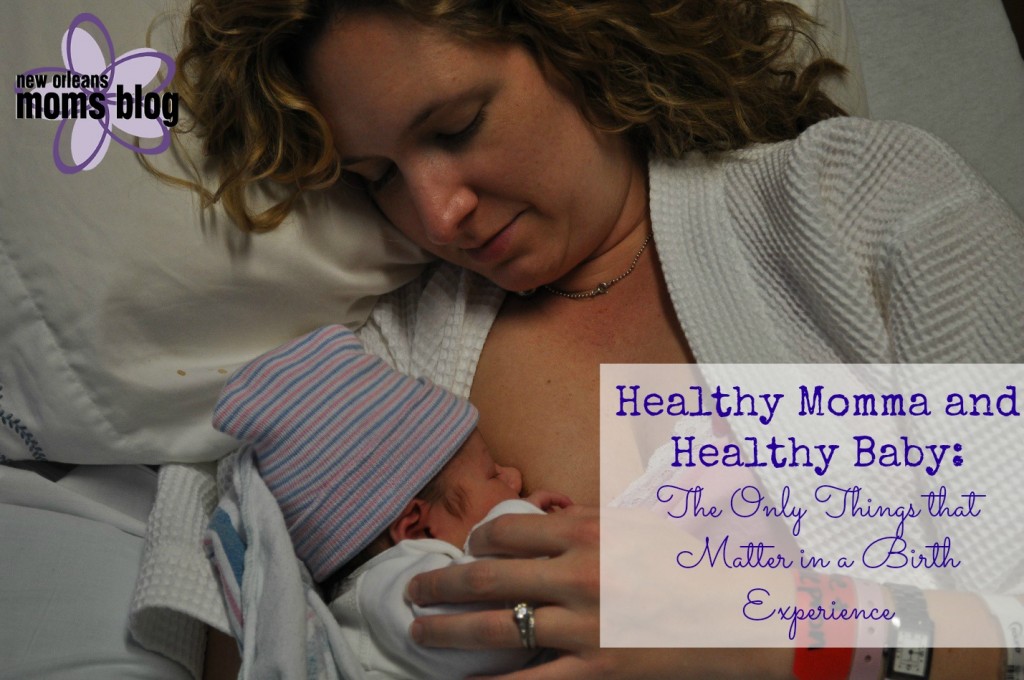 I am a mom to three kids, and with each pregnancy, I firmly believed that a “natural birth” with little or no involvement from a medical team was the best. I read all of the research and poured over statistical data; I took the natural birth classes; I hired a doula; I studied birth hypnosis; I practiced yoga and relaxation techniques; I was diligent about pre-natal nutrition; I prepared my body for birth in every way possible. I was also blessed with healthy pregnancies.

My first birth went beautifully. However, if my second and third children were not born in a hospital with modern medicine at hand, all three of us would be dead. No exhaustion, no frustrating days that seem to last forever, and no unexpected smiles and bursts of joy from the best job on earth.

As I said, I had perfectly healthy pregnancies. I was monitored by a great doctor who was very accepting of my desire for calm and natural birth experiences. I had no reason to believe that anything would or could go wrong. But it did, TWICE. And for different reasons both times. 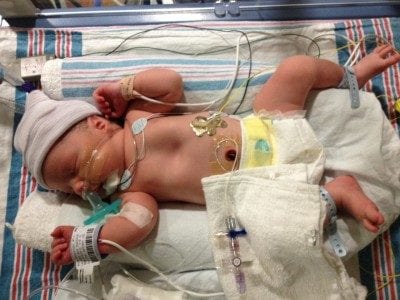 Two and a half years ago, I went into labor at a Fourth of July party. This was 3 weeks and 1 day too soon, but everyone at the hospital assured me that my baby was really “full term,” and that everything would be okay. After a somewhat difficult delivery, my son was born into the world. He would score a 9 on the APGAR rating scale, and everyone in the room thought he was perfect. I had a sinking feeling that he wasn’t. About one and a half hours later, he turned purple and gasped for air. The nurse quickly whisked him away to provide oxygen and other life-saving measures. Apparently, “full term” wasn’t full enough as his lungs weren’t ready for this world. His next 13 days were spent in the NICU, fighting to breathe. I wasn’t able to hold him again until he was 4 days old, and he wasn’t able to nurse until he was over one week old. I was devastated. I was also immensely thankful that he had been born in a hospital and that a highly trained medical team was there to jump in to save his life.

Fast forward to three months ago, as I was preparing for the birth of my third child. This time the baby didn’t come too early, and I had every reason to expect a healthy baby from a smooth delivery. I went into labor on Labor Day (yes, we do like our holiday babies!), and arrived at the hospital already dilated 8 centimeters. I continued my labor in the birthing tub at the hospital with soft lighting, relaxing music, and a very supportive husband. When it was time to push, I thought that my baby would be born quickly and easily. Unfortunately, this was not the case. My baby’s heart rate plummeted. My doctor monitored it closely, while I continued to push. As the head crowned, my doctor told me that I had to stop. She had to perform a Cesarean section immediately to save my baby’s life. 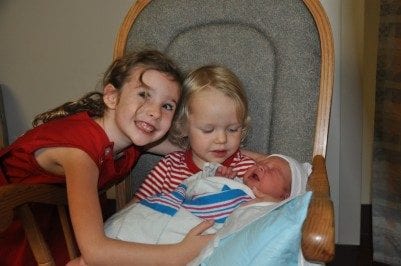 I awoke four hours later to learn that I had a healthy daughter. I also learned that my uterus had not been acting properly; it had basically contracted around my daughter’s shoulders, and that it later ruptured. No one saw this coming, and no one could tell what was going on until I was cut open. Had my doctor not immediately performed this surgery, both of us would not have survived. If I were to have insisted on a home birth or if I refused prompt medical intervention, I would not be a mom to three perfect little ones today.

Now, when I hear moms-to-be talking about home birth or the over-medicalization of birth, I shudder. Yes, there are way too many babies born via C-Section and too many are induced before they are ready. Unnecessary interventions are too frequent. Our bodies are built for pregnancy and birth, and we should be able to birth our children in a way that feels right to us. However, I thank God for modern medicine and for the medical interventions that saved our lives. My mind has been re-opened, and I truly understand that the only things that matter in a birth experience are a healthy momma and a healthy baby. 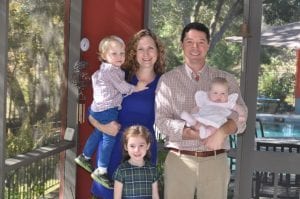 Suzanne is a mom, wife, and an urban planner and market analyst. Originally from Beaumont, Texas and Baton Rouge, she married a New Orleans boy in 2000 and has made Uptown New Orleans her home ever since. After a six year struggle with infertility, she became a mom to a daughter in 2010. She has since been blessed with two more children: a boy in 2012, and another girl in 2014. Suzanne is a working mother, enduring the daily struggles and experiencing the joys that come with a professional career outside the home, as well as those from the best job on earth.

Changing Tunes: How the Love of My Son Made Me Realize...