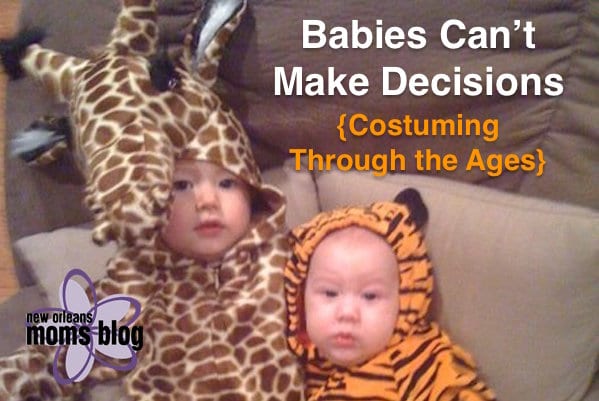 Babies in Halloween costumes are the cutest. So many choices for your little person! Should she be R2D2, a lion or a lady bug? You could dress your little toddler as a penguin and watch him “waddle” around the block. Seriously, from early in each of my pregnancies, I dreamed up fun ideas for what my little munchkins would be. For two or three glorious years, YOU get to choose how to transform your child into Halloween perfection. In those early years, when you get to make the decisions, life is easy.

The age of free will

Darn it; it had to creep up on us eventually. By the time my boys were three years old, they knew what they wanted to dress up as, and I really didn’t have a say in the matter. I tried to put the most adorable little giraffe on my three year old. He was miserable and refused to keep the head on. But that same year, the moment I created the costume he begged for, he wore it everywhere he could for a week straight. The time finally came when I didn’t even try to force my suggestions on them. I was sad that the phase was over, but equally excited to see what they might dream up. 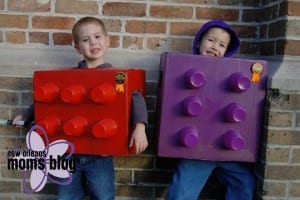 A few years ago, they requested interlocking LEGOS where they actually won a few costume contests – well played, little dudes. Last year, they were Minecraft characters which took a billion hours to make and lasted one outing (sigh). This year, I finally came up with a compromise. Since Halloween events tend to span several weeks, we now do a family costume theme (that we all agree on) for one event, and then on Halloween night, they can be whatever they choose. This works well for now because two of my children are in “free will” mode and two are in “babies can’t make decisions” mode. 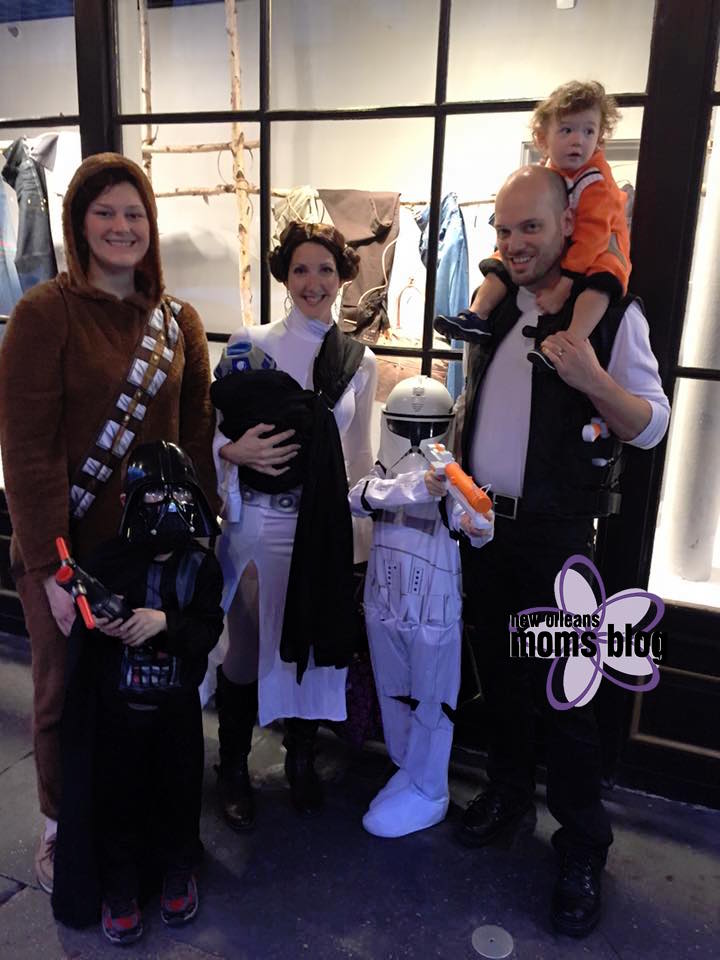 I miss the days where I can play dress-up with my little boys and the control freak in me was satisfied. That being said, watching the boys grow up and helping them create costumes from their imagination is pretty darn awesome. When the girls get to be three or four years old, I’ll probably spend some time sulking while secretly admiring their choices, too.

Share some of your child’s favorite costume photos in the comments. We’d love to see!

Dear Husband :: I Won’t Shame You