My 11-year-old son’s phone is history. Kids and phones mean constant policing and I’m tired. Tired of checking and double-checking, unlocking, and blocking.

Your daughter’s texts were the last straw.

Every night the phone comes to my room. Nothing good happens when a kid spends the night alone in his room with a phone. My son really likes your daughter, in a 5th-grade puppy love kind of way. Judging from the texts going around among his friends, having a girlfriend or boyfriend is a big deal in 5th grade right now. Your beautiful little girl is the one my son thinks is the prettiest. 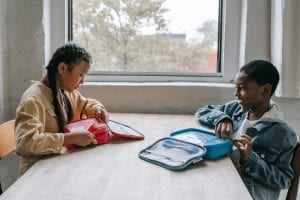 He begged me to let him buy her a birthday gift with his own money. He looks forward to talking with her every afternoon after school. At first, I thought nonchalant was the best way to handle this. I thought if I made a big deal out of it, either my son would be embarrassed or would just go underground with it. Then I read it. My son had texted your daughter asking her if she liked him. She said “no,” and when he asked “Why?” her reply was: “Cuz UR ugly as F***.” She went on to criticize his body type, and to say he’d be ugly no matter what he does.

When I questioned him, my son very casually said, “Mom, I don’t pay any attention to that.” Bravado, maybe, or maybe he really does know how very untrue those words are. I pray it’s the latter. Regardless, I removed the phone altogether, not being able to stomach the idea that those awful phrases can never be unseen.

I’ve told my sons they better respect girls. I’ve taught them that their behavior is their own responsibility, every single time and that they must NEVER blame a young lady for their decisions. I teach my boys to respect their sister’s privacy and to be kind and polite to females at all times. I’m doing all I can to form my sons into good men with the kind of masculinity that honors the human sanctity of everyone around them. My eldest is a girl and I learned a lot of what I teach my boys NOT to do from seeing what boys did around her.

I’ve been working so hard to make sure they’re not behaving inappropriately around girls that I didn’t think to prep them for girls that might be vicious to them.

Maybe you’re just like me, doing the best you can with what you have. Maybe you’re exhausted like me, with no energy left at the end of the day to tackle yet ANOTHER negotiation with your pre-teen. Maybe you’re working two jobs and have an ex-husband of your own. Maybe you aren’t sure how to handle this, either.

If I told you all this, would you check your girl’s phone? Would you hear me out? Would you teach your daughter that boys deserve kindness and respect also? Would you be offended that I butted into your parenting? Would you be angry or blame my son for asking your girl if she likes him? Would you know in your heart that I wish nothing but the best for your daughter? Would you realize I’m a mom like you trying to do what I can to figure out what is good and bad for my kids?

My son no longer has a phone, so this isn’t an issue for the time being. I’ll revisit the idea of a phone in another year or two, I guess. For now, do I talk to you, or not? Do I risk myself and possible backlash for my son? Do I handle it on my end and leave yours to you?

Tell me, girl mom. Do you want to hear from me about this?

Life Lessons in a Trash Bag :: What I Learned About...

Helping Your Kids Through the Holidays When Your Family Is Grieving