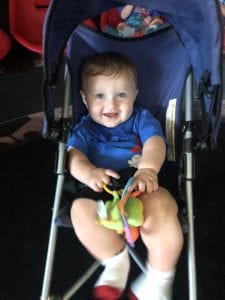 Weeks after my youngest son was born, we ended up at Children’s Hospital because of a high fever. I remember my son laying on the table while the doctor pushed on his stomach from all sides. The doctor looked at me and said, “I would like to do an X-Ray on his stomach.” I was so scared that something was terribly wrong. The nurse came in and I followed her to the X-Ray room and laid my two-month-old baby on the X-Ray table and stepped to the side. When the doctors were done, they said I could pick him up and we went back to our room. Waiting anxiously for the results, I remember hugging my sick baby and praying everything was alright. The doctor soon came back and kind of laughed, “Well we have good news, your son just has a big belly and it isn’t swollen.” I sighed with relief and if I had known that’s what he was checking for, I could have saved us some time. 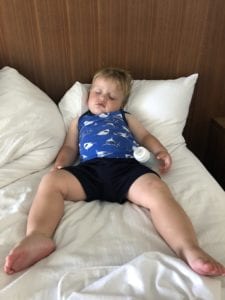 My fiancé and I co-parent three children from our previous relationships, and we had always talked about adding a fourth to complete our family. Weeks before our youngest son was born, I went into nesting mode and organized all his clothes from newborn to toddler. Little did I know I wasn’t going to be needing anything between 3 to 9 months. When our son was born he wasn’t a 15-pound baby, he only weighed 8 pounds and 8 ounces. Imagine my surprise when he turned 3 months old and we were already in 18-month clothing. With this possibly being my last baby stage, I tried to hold onto infancy as long as possible. It was hard though. Instead of having this little baby, I had a baby in a toddler’s body. There was no real baby stage for me and what I did have went fast. There were days that I struggled to hold him because of his size and weight. I just felt guilty that rocking this sweet baby was something I physically struggled to do. 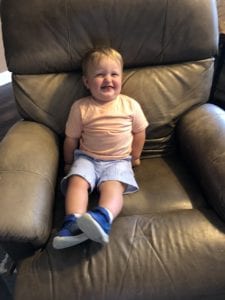 WHERE WE ARE NOW

After every pediatrician appointment, I look at the recap of the appointment and see 99 percentiles in height and weight. I finally stopped being surprised and just came to realization we just have a big baby. He isn’t a baby anymore even though his older brothers seem to still think so. In fact, he just turned 18 months old. I am sure you are wondering what size he is now and if he slowed down growing. Well the answer is no! He is currently in 3t-4t and he weighs more than his 3-year-old brother. He and his 3 brothers are currently eating us out of house and home.

Anyone else experience a bigger baby and child? How did you handle this? Did they eventually average out? 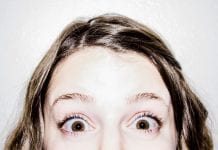 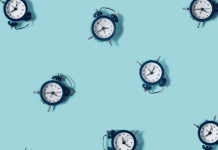 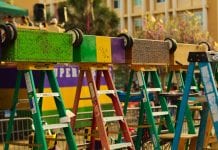 Keeping Your Kid (and Yourself) Calm on the Route: A Breath is Not Enough

Being A New Orleans Transplant

Just Because I’m STEP Doesn’t Make Me Any Less of a...