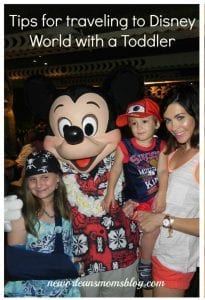 If you’re an avid Disney go-er, you know this statement whether you speak Spanish or not. I grew up hearing it, having visited Disney World somewhere in the ballpark of 15 times. Since my dad is in a wheelchair, it’s always been a handicap friendly vacation for our family, and with such fond memories, I knew I wanted to take my son Jude. However, when my parents suggested a trip just after he turned two, I was skeptical. I had hoped to wait until he was closer to four, so we could forgo naps and have the ability to somewhat reason with him if need be. As the idea of seeing Jude’s eyes light up crept into my brain, we decided to go for it.

Although I have done Disney quite a bit, I’ve never done it with a two year old. When I went with my godchild Alexis, she was around four or five, and even that age felt difficult after a long day. I was also childless back then, so my patience and understanding has changed quite a bit. It may not truly take a village to raise a child, but it certainly helps to have one for a Disney vacay. We headed to the airport with six adults and two kids (myself, my husband Josh, Jude, my parents, my dad’s sister and her husband and their 10 year old daughter, Alexis). If there is an older sibling or cousin to take along, I would highly recommend it. Alexis was fantastic at keeping Jude entertained! 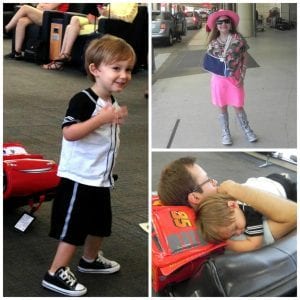 I am not a fan of road trips. When I was little, I was gravy with a year’s supply of goldfish and my Barbies to make the 10-hour drive from New Orleans. As an adult, I am less tolerant and prefer to fly, as well as Jude (he’s been known to scream bloody murder in the car). If you can afford it and your child does well on a plane, I’d highly recommend it. On this particular trip, we were delayed six hours on the way there, but Jude handled it surprisingly well. Although we had hiccups, I would still fly in the future to save time and sanity. Southwest offers direct flights for about $230 round trip right now. If your child is over two, you do have to pay for their own seat. 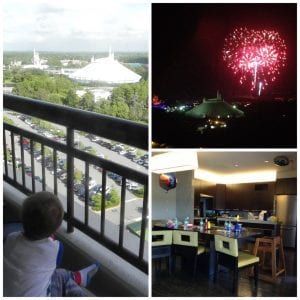 My parents are Disney Vacation Club members, so we were blessed enough to stay at the Bay Lake Tower at the Contemporary Resort. We opted for a three-bedroom condo, which also had a kitchen so we could eat some meals in the room. We had a miraculous view of the castle, which afforded us the opportunity to see the fireworks from the balcony. This was great because we could get Jude ready for bed just before the show. Otherwise, I likely would not have kept him out in the park until 10 pm to see it. The Contemporary is on the monorail, making it easy and quick to get into the Magic Kingdom and Epcot. Jude LOVED riding it and would have been happy to do that all day. Again, if it’s in your budget, I think staying on grounds makes the trip easier. There are some more affordable options, such as the ‘value resorts.’ Staying on grounds give you access to Extra Magic Hours (exclusive early and late park hours), advanced dining reservations, free parking, access to the Disney transportation system and Magical Express (a GREAT service that handles your bags and transportation if you fly). Since we flew and used Disney transportation, a car seat was unnecessary. Less to pack is always great. If you need a detailed packing list, here’s the Ultimate Packing List. Also consider buying light up souvenirs at the Disney Store to surprise the kids with once night falls in the park (much cheaper than buying in the park).

We went the week of the Memorial Holiday, right after school let out for my godchild. Apparently, a lot of other people had the same thing in mind because it was crowded. It was also unseasonably hot, which made it tough for everyone. In the future, I will plan to go between November and March, skipping Thanksgiving, Christmas and Mardi Gras week, as I have heard these times are also crowded. This site also outlines the best and worst times of the year to go.

Our family was in agreement that we were not going to push the kids to do tons of stuff in one day. Since kids only sleep late when you have somewhere to go, it’s best to get an early start. 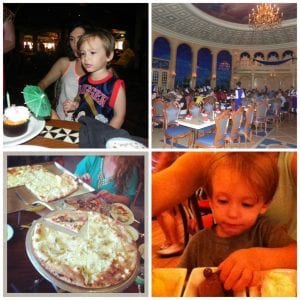 While breakfast at 9 am is tough, it worked best for us. Try to fit in one character breakfast if you think your child would enjoy it. I was terrified of the characters at Jude’s age, but he loved them. The Polynesian resort is my favorite, and we enjoy many meals here. Ohana does a ‘family style’ character breakfast of eggs, meats, potatoes, Mickey waffles and fresh juice. I also love their dinner. If you’ve never done the Luau, kids love it.

For lunches, we typically were still full from breakfast and just snacked on the go. Since we had a kitchen in the room, we were able to go feed Jude and get him down for a nap. This works great if you’re ok skipping some things. If your child can nap in the stroller, go for it! It was too hot for Jude, so it only worked well when we ducked into the La Cava del Tequila bar in Epcot’s Mexico (yes, Disney allows kids in there!). That was the most glorious nap the whole trip!

For dinner, we opted for early seating, around 5:30, so we could get Jude in bed close to his regular bed time. Jude and Alexis loved Be Our Guest, inside the Beast’s Castle in Magic Kingdom. We dined in the West Wing, which offered some unique features that kept Jude’s attention throughout the meal. If you are wearing any type of celebratory button obtained from Guest Services, you can get a taste of the ‘grey stuff’ mentioned in the ‘Be Our Guest’ song. These buttons also get kids cupcakes at nearly every meal.

When possible, we just shared our food with Jude to save costs and wasted food. If there was something I knew for sure he’d eat, I would order off the kids meal. There are so many yummy dining options; some of my other favs are Via Napoli, The Hollywood Brown Derby, 50’s Primetime Cafe, Chefs de France, and the Diamond Horseshoe. 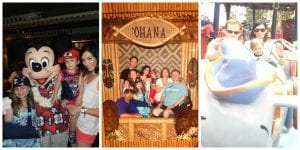 Regardless of what park you go into, bring a stroller because it’s a lot of walking. Magic Kingdom has the most rides for kids but it also tend to be the busiest. Early Extra Magic Hours are a great way to get a jump on the crowds, as well as Fast Pass. Fantasyland is best for the younger kiddos, as many other rides are 40 inches and over. While waiting for our Fast Pass, we did other quick moving attractions, such as a parade (but skip it and head to the rides if you’ve already seen it since lines are shorter), show, character meet & greet, etc. The DIS board has some great tips on touring the Magic Kingdom with small children, including a height calculator.

There’s also a My Disney Experience app that allows you to look up wait times. This was the hardest part for Jude. We learned to distract him and work with it as the week went on. Disney is great about adding kid activities in all parks, including Epcot. He liked the coloring tables, street shows, and ferry. Hollywood Studios was a bit crowded when we went, so we didn’t venture too far in. I find Animal Kingdom to be hot, and it’s not my favorite, so we skipped it. Epcot was the least crowded, and Jude enjoyed it more than I expected. He loved the Nemo ride, Turtle Talk with Crush and even the small train model near Italy.

Also in true Disney Fashion, he enjoyed multiple Mickey Bars throughout the week. His favorite activity the whole trip was probably the pool, so we did that twice. He especially loved the play area where the water squirts up through the ground. 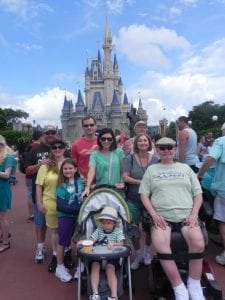 To a kid, it is still the happiest place on earth. Jude is still talking about it two weeks later, playing ‘monorail’ and saying things like “yo ho yo ho, a pirate’s life for me.” While tiring, it was a wonderful experience. He loved having the whole family staying together and fully expected everyone to come sleep over when we returned home. I really enjoyed seeing the magic through his eyes. If it can wait until your child is four or five years old, I would recommend it, especially if you have never been before. If this isn’t your first rodeo, then you know what you really want to do and what you can live without. Most importantly, cherish every moment. It’s a small world, after all.

Are you planning a Disney trip with your kids? If you’ve been, what are your tips? 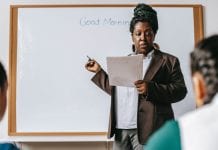 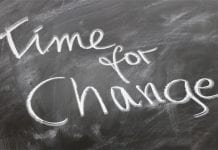 Sweets, Treats and a View in Jacksonville with Allegiant Air