Parents often think their children are the absolute best. I am no exception. I love the crap out of my kid. My 2 year old son is smart, funny, thoughtful, cute, sensitive, and athletic (You should see the cracks he gets on a tee-ball!). My 2 year old is also, unfortunately, a champion tantrum thrower. I know this is a stage and that all kids throw tantrums. I am just hoping it is a stage that he will grow out of quickly. Until then, I’d like to hear about how other moms deal with tantrums. 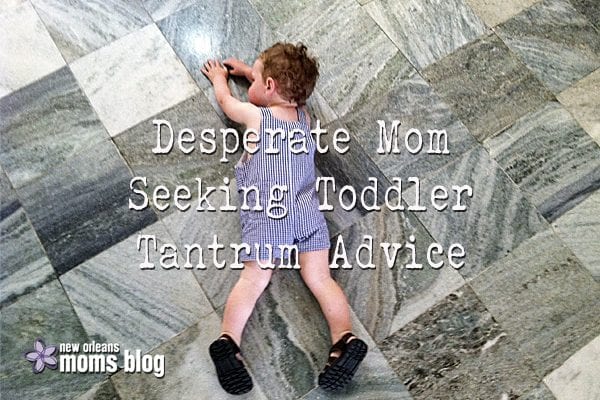 The tantrums really started to get bad right around the time he turned 2 years old. Surprise, surprise, right? When something doesn’t go his way, my son will dig his heels in the sand and scream at the top of his lungs. His face will turn red, and he will seriously commit to being mad. His tantrum focus is laser sharp and, if he forgets about why he is throwing the tantrum for one second, he will immediately return to his tantrum performance with added force. I’m just grateful that he doesn’t fling himself around dangerously, but he does fling himself around in my arms when I am trying to remove him from a situation. At 20 weeks pregnant, removing him from situations is going to get more and more difficult. My son is very verbal and expressive of his feelings (tired, sad, hungry, scared, etc.), so communication isn’t the issue. He just goes all Veruca Salt when he doesn’t get what he wants.

I have read a lot on the topic of preventing toddler tantrums. Our house is toddler-proofed. We have a pretty good schedule going. He gets plenty of time to run wild outside and is involved in fun activities. While he his certainly slightly spoiled like most kids this day and age are, we don’t give him everything he wants and we don’t let him get away with whatever he wants to do. We are stern. We enforce time-outs. We give him choices. We reward excellent behavior.

I have also read a lot about dispelling tantrums, but nothing is working for us lately. When he was younger, in order to dispel tantrums we would use diversions to distract him from whatever he was fussing about at the moment. It worked really well. But I realize that I might not always be able to focus on distracting my son from his tantrums. Lately when he throws one, we acknowledge him and then continue on with whatever we were doing until the tantrum ends. The problem is: the tantrums last FOREVER.

I am at the point where I really want some more advice, and I am hoping that some of you readers are “Tantrum Whisperers” and can share with me (and the New Orleans Moms Blog community) some pearls of wisdom.

So please tell me, what is the best advice on tantrums you’ve received? What “tantrum techniques” work for you? 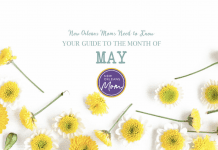 NOLA Moms Need to Know :: New Orleans Activities in May 2021

10 Taylor Swift Instagram Pics That Make Me Wish She Was...