Why That Cotton Bowl Win Hit So Hard

Tulane’s historic win in the Cotton Bowl last week was, to put it mildly, a long time coming. It pulled New Orleanians out of our post-holiday haze with a jolt and propelled us into Carnival season with a renewed fervor and love for the Green Wave. Whether you expected the outcome (if you did, show us the receipts) or watched purely out of respect for the journey that brought them there, it was an incredible moment. Tulane taking their first lead in the last nine seconds to win it all. Tulane’s first major bowl game in 88 years. But what’s the big deal? Why the helluva hullabaloo? Underdogs have won before. What was it about this win that put goosebumps on our arms and tears in our eyes? Why did the outcome of an AAC football game flood us with emotions tantamount to the chorus of that song Phil Collins wrote for the Tarzan soundtrack? The answer lies in the Tulane University motto – non sibi, sed suis. Not for oneself, but for one’s own.

Tulane University runs deep in my family. My father, husband, and I each hold multiple degrees from the institution. Tulane football runs even deeper. My husband’s great uncle Bill Banker played running back for the Green Wave and held Tulane football records for career scoring, career touchdowns, career rushing yards, touchdowns in a single game, most rushes in a career, most rushes in a game, and average yards rushing in a game. 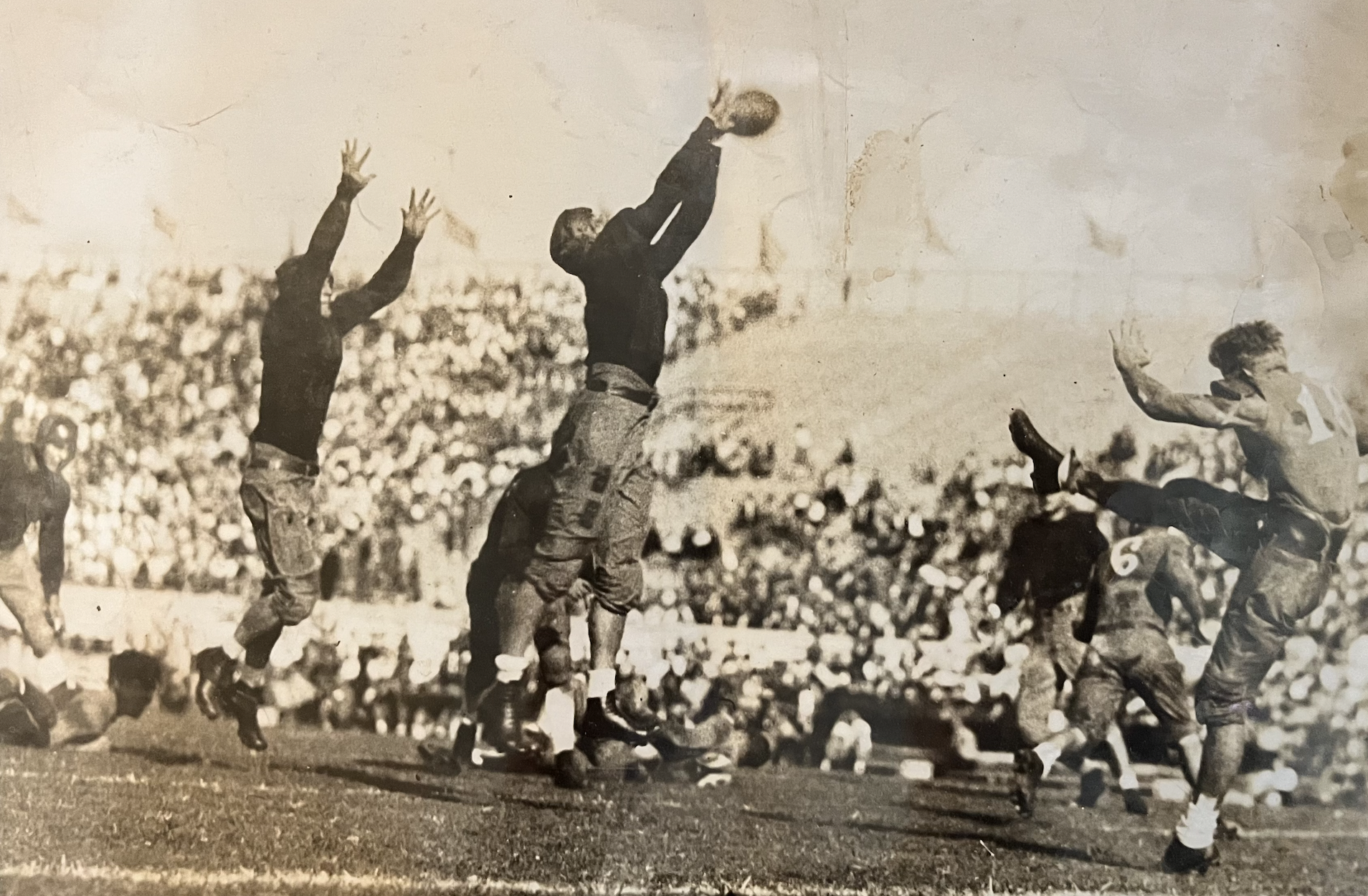 Several of those titles were safe until Matt Forte’s 2004 season, meaning Bill, the 1929 All-American, could claim them for three-quarters of a century. Known as the “Blond Blizzard,” Bill was famous for refusing to wear a helmet, allowing his wild, bright blond hair to run free on the field despite threats from then-coach Bernie Bierman (who incidentally took Tulane to their only Rose Bowl after an 11-1 season). As I watched the incomplete pass ruling (in the end zone) overturned with nine seconds to go and opened my mouth in the shared disbelief of thousands of fans, my eyes fell on my five-year-old son and his wild, bright blond hair as he raced around our living room yelling in sheer delight.

I thought of all the years and events that had come between the man in my husband’s family photographs and the boy in front of me and wondered if Bill Banker had ever considered that his brother’s great-grandson would share so much of him. The first Tulane football team that little boy and his brother will remember is a winning one. Not for oneself, but for one’s own.

My Own Tulane Experience

Lots of college freshmen have an overwhelming move-in day. Not many college freshmen end up in an evacuation on their move-in day necessitated by one of the most infamous disasters in American history (yes, we moved in right ahead of Hurricane Katrina). From different houses just a few neighborhoods away from each other in Lafayette, my now husband and I watched the coverage of Hurricane Katrina and attempted to process what was happening and what it meant for our friends, our families, and our futures. Five months later on January 12th, 2006 the “Katrina class,” as we came to be called, re-moved in and the rest is history. Not tailgating on campus history. Not watching our football team go 12-2 a mere year after being 2-10 history. No award-winning coach and player history. No, we’re talking smack dab in the middle of a 10-year losing streak history. Instead, our college year history consisted of schlepping down to the Superdome to watch our team get 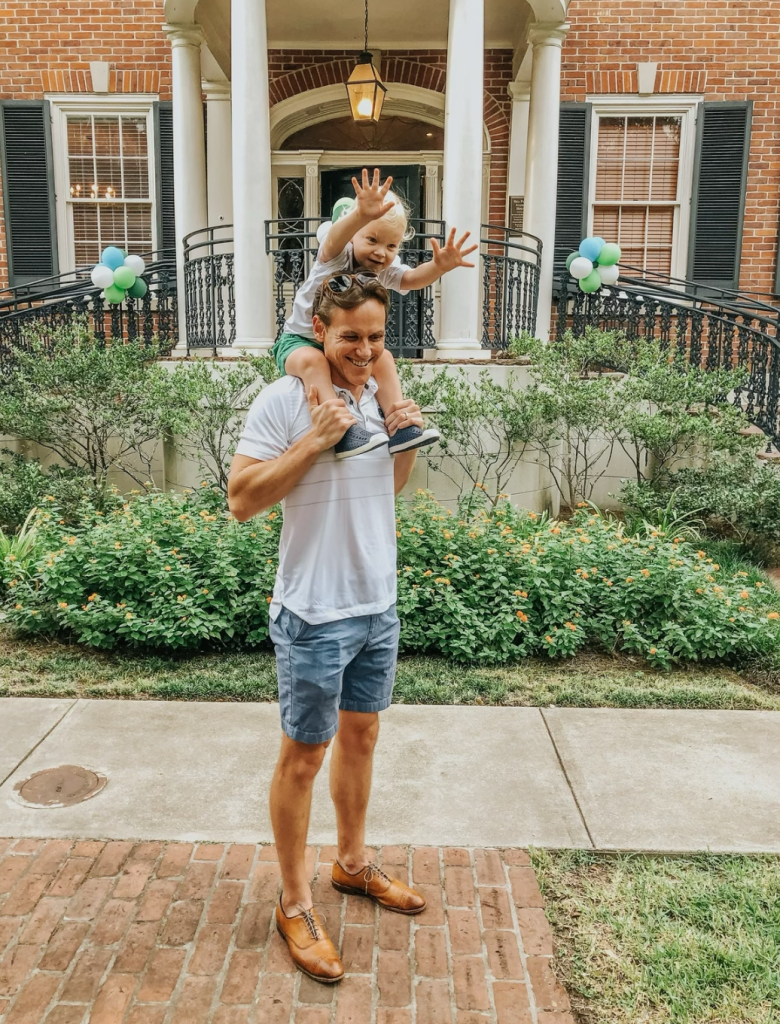 annihilated. Telling people where you go to school to have them laugh and ask if you’re LSU football fans history. It was rough. To watch our team emerge incredibly, disbelievingly, victorious in the Cotton Bowl nearly 17 years to the day of our second arrival on campus, with the full weight of that experience behind so many of our fellow alumni, was a truly beautiful moment. Because it’s not just a win for Willie Fritz. It’s not just a win for the 2022-2023 Green Wave football team. It’s a win for Bill Banker’s 1929 Green Wave football team. It’s a win for all the football teams in between. It’s a win for Tulanians past and present who never watched a football game in their life. It’s a win for the freshmen who came back to a city in shambles after the storm and committed to their school and this city with everything they had. It’s a win for New Orleans – because that’s what New Orleans does. Once you’re here, you’re family and a win for you is a win for us all. We know what it is to be lower than low and we will take any reason to celebrate and spread joy.

Not for oneself, but for one’s own.

How the COVID Stole Carnival