It’s not a subject we really think about until something actually happens. At least not for me. I thought about milestone discussions like kindergarten, puberty, and dating. High school and college. Not death. I suppose it’s because it isn’t a topic anyone really wants to think about ahead of time. Sure, we plan wills and have general discussions with our spouse, but not with our kids. Some people broach this subject first when a pet passes away.  That’s how it was for me as a kid. But we don’t have pets, so that wasn’t an option. It’s obviously also a completely different feeling, especially if the death in the family is a close one.

When a family member is ill 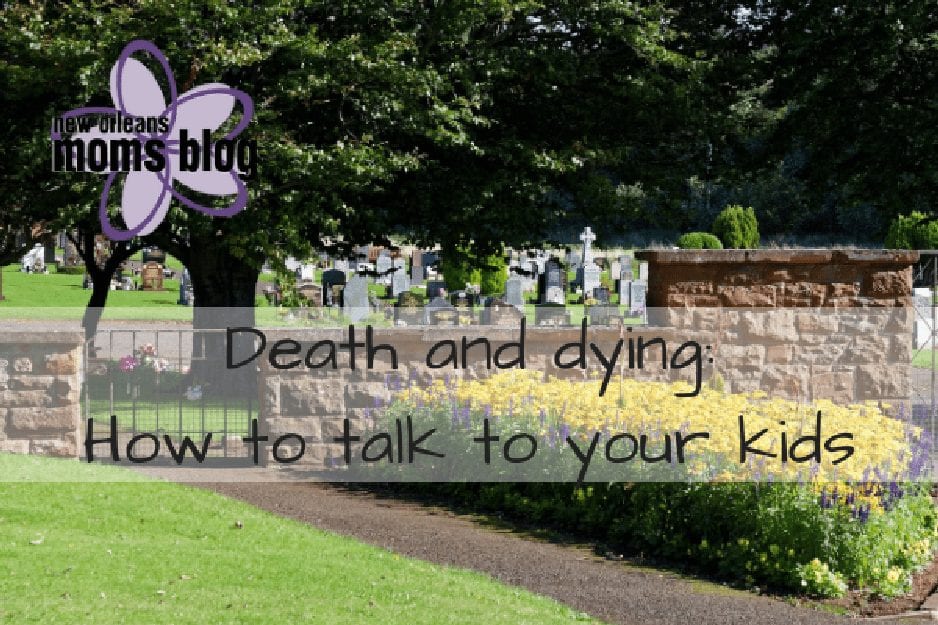 A few years ago, right around the same time as the birth of my second son, my father’s muscular dystrophy took a down turn. My oldest was three and just beginning to recognize that his Papa was different. Over the last few years, my dad went from working full time to hospice. It’s unclear as to what this disease will look like for him (research just isn’t there), but my boys realize Papa isn’t the same. They were still fairly young while these changes occurred, so they just rolled with the punches. However, when my uncle passed away last year, the questions and concern really came.

My uncle became ill and took a down turn very quickly. Although he was in hospice care, he seemed to improve. We were all surprised when he passed; we truly believed he had more time. My oldest was five and actually with me when I received the call. He’s very inquisitive, so the onslaught of questions came. I decided honesty was best. I prepared him for what he could expect at the funeral, told him people would be sad and that he could say goodbye to my uncle. He seemed satisfied with these answers and handled the services well. Yet in the weeks that followed, he kept asking about him. What happens when you die? Where do you go?

I read that as adults we often expect kids to handle things in stride. We deal with our own grief but don’t acknowledge that our children may need to grieve as well. Every time he asked questions, I answered. If he said he was sad, I told him I was too but that it was okay because he was happy in heaven. We would share our thoughts about what we believed heaven looks like, what sorts of things we thought my uncle might be doing (we settled on crawfish boils with my grandfather). I suggested that when he gets sad, we could think of all the happy times we had and say a prayer for him. It’s been almost a year since his passing, and my son still regularly prays for my uncle. Being straightforward and acknowledging his own grief seemed to be the best approach. It reaffirmed that I cared for his feelings, and it was okay to express them.

Through this, when he started to come to the realization that my dad was sick and could also pass away, he coped with that conversation much better. We often talk of heaven and the afterlife, and what our own versions of heaven look like. He realizes death is a part of life and for us, in death there is salvation. Whatever your religious beliefs may be, be truthful and talk it through. Simple answers often suffice and kids can appreciate the honest conversation. I find that with any difficult question (i.e., where do babies come from), when I answer simply and honestly, it’s all that he needs.

Have you had this conversation with your kids? How do you handle it?

5 Christmas Gifts Teachers Will Actually Like {plus free printables and...