Disclosure :: This post was sponsored by Allegiant and Westgate Resorts. However, the opinions expressed below are our own.

The Centner Family is Going to Disney World

There are few certainties in this world. One of them is that whenever I leave the house with my three boys, someone, somewhere, will stop me and tell me that it “looks like I have my hands full” (true) and to “enjoy these moments while you can, because they go quickly.” I always smile and offer the usual platitudes, but lately I’ve started to take the second statement to heart. Recently, it hit me: as promised, the days are indeed going quickly (our boys are 6, 4 and 1, approximately), and my wife and I had yet to bring our boys on a “classic” vacation. Sure, we’ve been to the beach, or to visit family in other states, but we’d never embarked on a true adventure that brings out the ear-to-ear grins and creates lifelong memories.

It wasn’t for lack of effort on my wife’s part; the trepidation was all mine. A few weeks ago if you’d asked me to choose between (1) loading up the crew, trekking three car seats through the airport, corralling everyone onto an Allegiant plane, renting a van and invading some poor unwitting hotel, or (2) getting cold-cocked by Mike Tyson in his prime, I would happily have grabbed my health insurance card and opted for the latter. It was easy to make plausible excuses: airfare and hotel prices are too high, those student loans aren’t gonna pay themselves, we need to save up for a house, and so on. I was resigned to staying local, “until the baby gets a little bit older.” 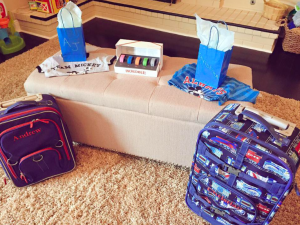 So my wife took matters into her own hands.  Thanks to New Orleans Moms Blog and her gig planning events for this wonderful site, she discovered Allegiant, a new (at least to me) ultra low-cost airline that offers low base fares to some pretty cool places for less than I sometimes spend for lunch, and coincidentally just started offering weekly roundtrips from New Orleans to Orlando. Allegiant also partners with Westgate Resorts, too, which makes travel possible at a price that’s almost impossible to turn down.

And just like that, our first real “vacation” – to Disney World, no less – was on the books. We kept it a secret from the boys, staying up late the preceding night to pack in secret. We picked them up from school sporting some fresh Mickey Mouse gear and brought them home, where just-arrived Magic Bands were waiting for them in the living room. We gave them a few minutes to jump on the couch (burn that energy off before the flight, fellas) and then we were off. Check-in at the airport was a breeze (we’d done so ahead of time via the Allegiant app, so all that was left to do was drop off our carseats and suitcases) and head to the gate. Upon boarding, the Allegiant pilot surprised our six and four year-olds with a visit into the cockpit, generating radiant smiles that would remain for the rest of our trip. We bought a couple of “kids snack packs” – complete with the little pilot wings – and were off. One pretty cool fact about the Wingz Snack Pack is that a dollar of every pack that is sold goes to the Make-A-Wish Foundation, Allegiant’s primary charity. Neat, right? Truthfully, going in I was a little concerned as to what the seating and amenities on a discount carrier would be like, but my fears with were quickly assuaged. The Allegiant seats were ample and the staff pleasant and accommodating, and it turned out that we knew two other people on the flight.

Wheels Down in Orlando, Thanks to Allegiant 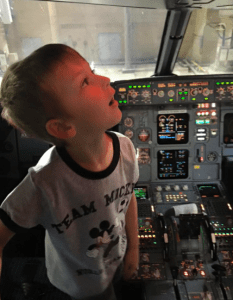 We arrived in Orlando right on schedule and headed for the hotel. Allegiant had hooked us up with the Westgate Resorts, just a few minutes outside of Disney.  The room was gorgeous, with a full kitchen, dining area, covered lanai, and jacuzzi tub. The property itself was pretty spectacular too, with a water park that ended up competing with Disney for the boys’ affections and several restaurants, too (plus that all-important shuttle to the parks).

The next two days were a whirlwind. We spent both days in the Magic Kingdom, and whether it was our oldest pulling us to the “Tomorrowland Speedway,” our middle son laughing his head off at the Monsters Inc Laugh Factory, or the baby giggling with delight on the Flying Dumbo ride, I don’t think the boys ever stopped smiling. I know I didn’t. We closed the park the first night and headed off to “Mickey’s Backyard BBQ” where the boys could dance with Mickey, Donald and the gang while my wife and I sampled the open bar. The next day was more of the same, culminating with a classic fireworks show before hitting a few of our favorites rides one more time. It was the most fun I’ve had years, maybe ever. Seeing the boys beaming like that made me sorry I’d waited so long to bring them somewhere fun like this, but more than anything it made me feel good that I’d finally done it! We’re already planning our next trip; like people always tell me, “the days are going fast,” and it’s nice to make the most of them. 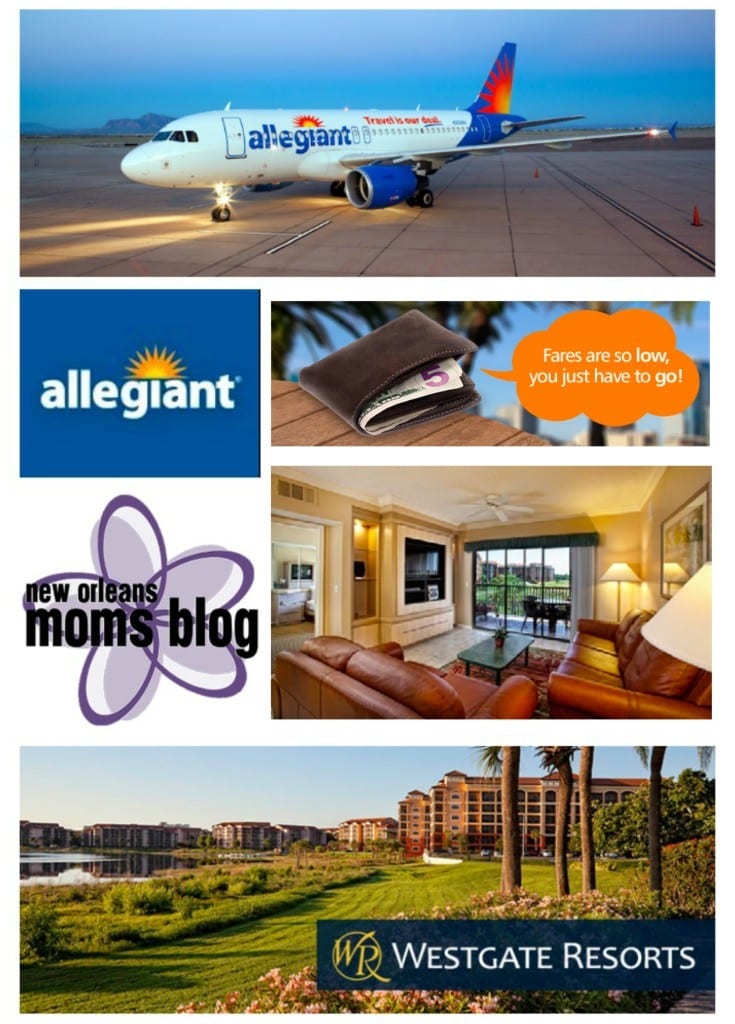