When my then five year old son asked me when he could have a little sister or brother, it made me really sad 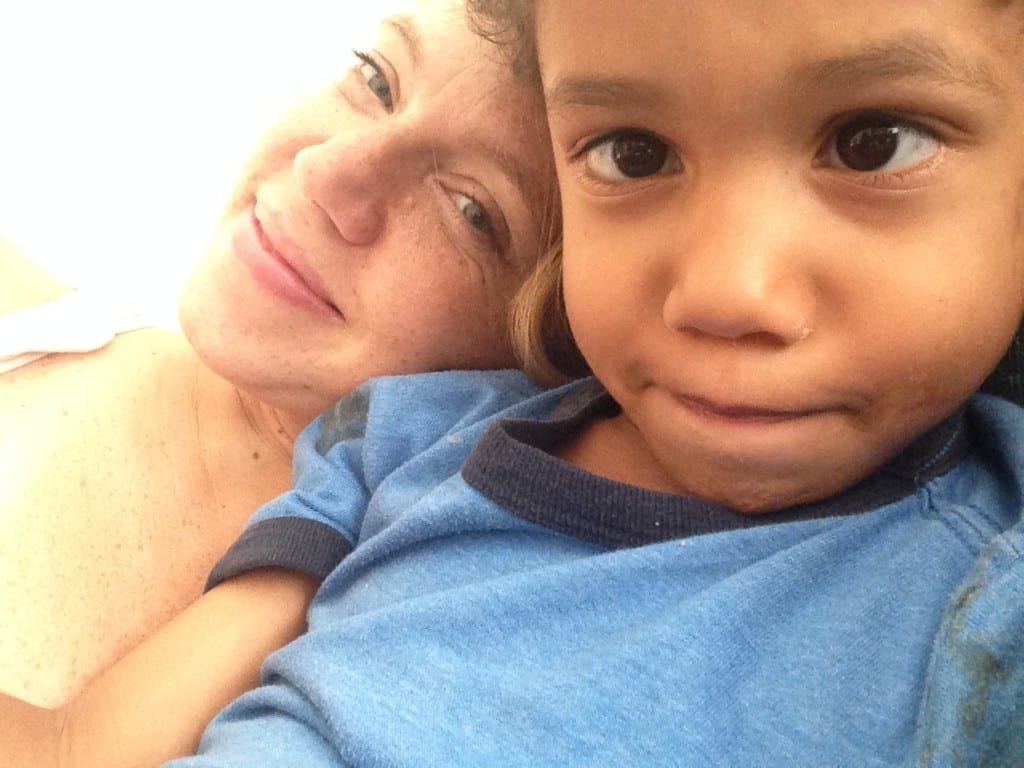 … and not just because I’m not planning on ever adding to our tiny, easy to manage family unit. He asked for his sibling to be white like me. At first I thought it natural since he has spent his whole life looking at me, but then I realized that he had been picking up (mostly) unintentional lessons that white people or white cultural norms were somehow better than people of color. The privilege that I live with allowed me to be shocked at this realization.

I thought I had done a relatively good job of talking openly and positively about race, culture, religion, and history. I’ve always considered only daycares and schools that were inclusive and celebratory of diversity. We go to as many public events and classes as we can where we see people of all walks of life. We participate in community events that are welcoming to all the races, ages, genders, and shun all the ‘isms.’ When questions arose that I didn’t know how to answer, I invited advice from friends whose experiences have been different than mine because of the color of their skin.

Even with close friends, the conversation is really difficult. Difficult but necessary. It’s clear that our children are receiving conflicting messages from lots of different sources, from cartoons to billboards, pop music to news radio. In public, I’ve had strangers ask me “What is he?” and a few “Mixed babies are always the most beautiful” comments, which made me very uncomfortable. And not just because I happen to think that all babies look like aliens.

There isn’t a manual for raising biracial children, and if there were, it would no doubt be burned, banned or recalled. Internet authors that dare to touch the subject of biracial parenting are bombarded with really confusing and conflicted messages from everyone who has in any way been involved with a biracial or multicultural family. The scarcity of dialogue makes it harder to formulate common language and discuss ideas without becoming heated and mean-spirited.

I wasn’t sure how to respond to my son’s comment that he was really lucky to have a brown grandma and a pink grandma, but I agreed emphatically. I want to do the right thing in order for him to grow up proud and assured of all of the parts of himself, but sometimes being a white mom with a biracial son, I have no idea what that entails.

Nature as Therapy for Families

My First Year as a PTO Board Member