I am riding in Nyx this year. A few days ago, I set the kitchen table with all the supplies I needed to start decorating my purses to throw: glitter, paint pens, paper, marabou, hot glue, etc. Right when I was about to begin decorating, my 3.5 year old son asked if he could help. “Um…,” I said, my mind flashing to glitter explosions and hot glue burns. “Uh … I guess so.” 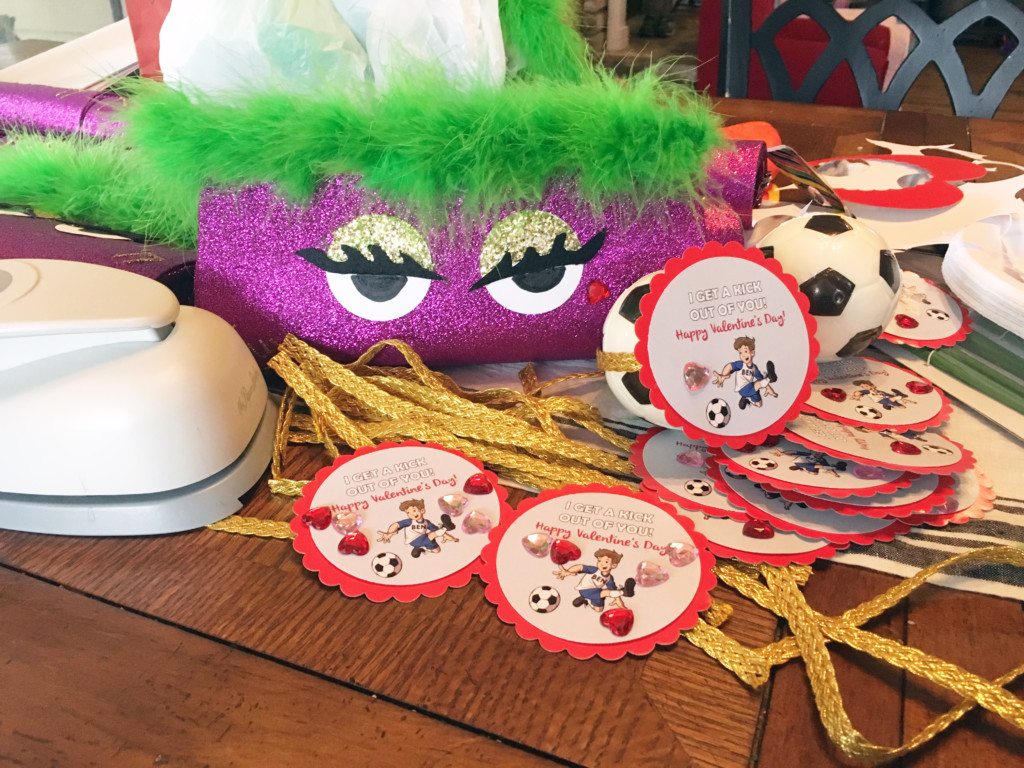 Admittedly, I am not the best at delegating. In the moment, it is easier for me to do what needs to be done than to explain how to do it. The problem with this is that things either become more stressful than they need to be or they never get actually get done. I know I should adopt the old “teach a man to fish” philosophy, but I have trouble playing the long game. After all, it takes patience to play the long game with your kids. It is easier to put on my three year old’s jacket in the morning than it is to wait for him to do it himself. It saves us time that day; however, if I would just let him put it on every day, he would get faster and save us time in the long run. Letting my son help with the purses would take longer (and be messier) than it would if I were to do them on my own, but I decided to let him be my helper. Maybe he would learn something that would be useful in the future.

I scanned what needed to be done and decided to give my son the task of cutting circles out of card stock. Sure, he used a lot more paper than I would have and most of the “circles” he cut were actually crescents, but he had a lot of fun. He was so proud of the circles he cut. After he was finished cutting, I let him pour some glitter onto a paper plate for me. The rest of the decorating that day (hot glue and deliberate glittering) had to be done by me, but I decided then to put together another craft for him to do with me during the next stage of my purse-decorating process. 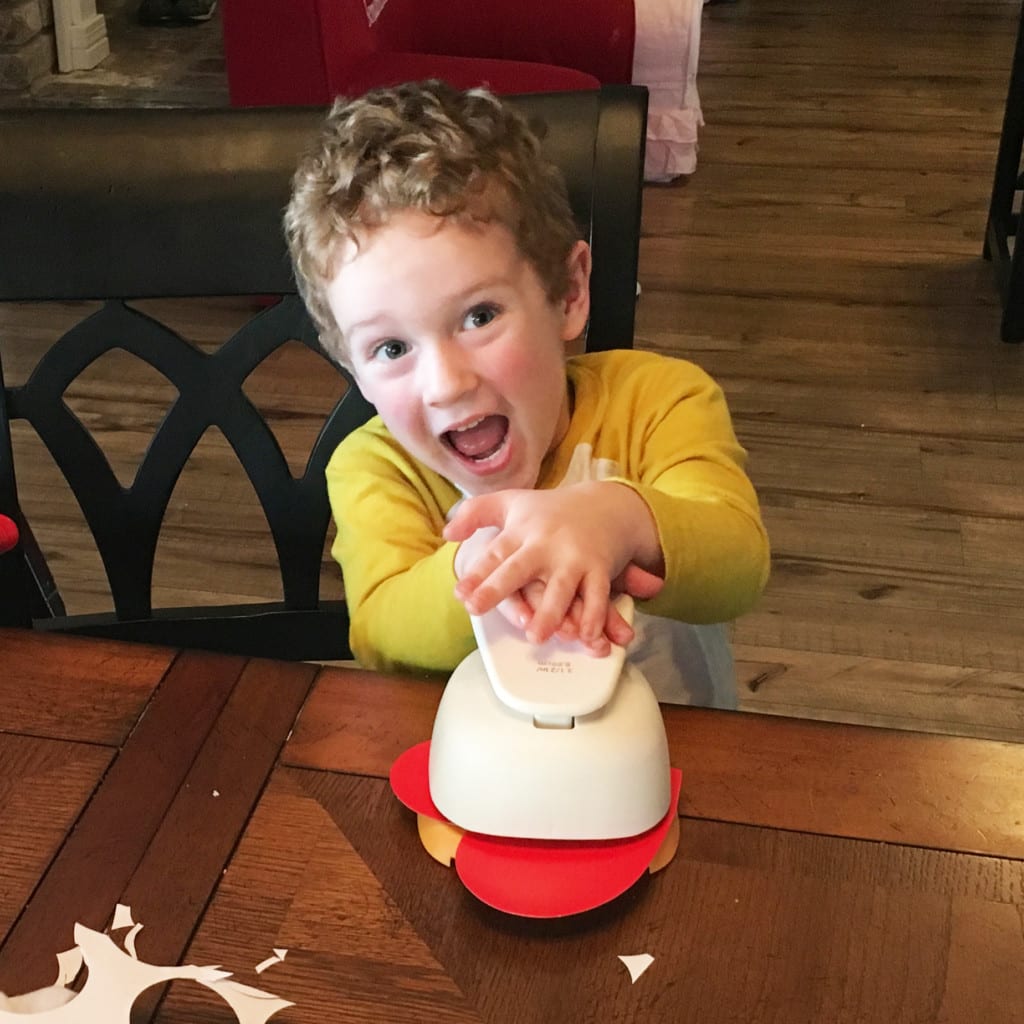 The next day I designed a valentine in Photoshop for him to give his friends. When it came time for me to finish decorating the purses (a step that involved hot glue and marabou – not the best task for a 3.5 year old), I set out the supplies to make the valentines: pieces of paper with the valentine on them, red hearts, and heart jeweled stickers. With guidance from me, he punched out the valentines. Then he wanted to continue using the puncher, so he decided to cut the hearts into scalloped circles. To finish the valentine design, he added the jeweled stickers. Again, he was so proud of his work. I was proud of him, too.

Moving forward, I am going to do a better job letting my son help me. Rather than telling him I can’t do play Ninja Turtles or push him on the swing because I am doing something like cooking dinner, I am going to try my best to involve him in the task at hand. Yes, it might be harder in the moment, but it will be worth it in the long run.

When The Epidural Didn’t Work

The Pros and Cons of Having a Talking Toddler