My memories of age five are good. I got a baby brother; I went to Disney World; I started Kindergarten. I had special Friday afternoon outings with my mom, sleepovers at my grandparents’ houses with my cousins. As a mom of a five-year-old, I am constantly worried that things will not turn out to be the same way for him. 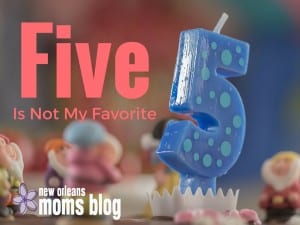 Despite all of this, I know he knows what’s right and he does listen to me despite pretending to be deaf 3/4 of the day. He behaves for babysitters and tells them what rules he needs to follow. Strangers in stores compliment him. Being a jerk for me and behaving half the time for his teachers is just a phase, right? The multiples group moms seem to love age five. Shouldn’t just one five-year-old be easy…ish?

I have called my mom asking for advice so many times. Each time, she tells me I was the same way and it just took time. She reminds me that he’s had a lot of changes in his life the last few years – twin sisters, new school, less attention. I remember that things weren’t all sunshine and rainbows when I was his age. Those Friday afternoon outings I got with mom? Those were because I was beating up the boys in my kindergarten class; I was jealous of my baby brother and took it out on them. The memories I remember first are the sunshine and rainbows memories, though. There’s hope.

As often as I can in between the fights, I try to make sure I make good memories. I can’t do it every day, and those are the days I worry most. He’s said he hates me a few times, and while it hurts, there have been a thousand more I love yous and you’re the best mom in the whole wide world. That keeps me going on the hard days when we both want to run away. 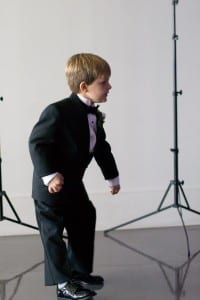 I hope he knows that I think he’s hilarious, brilliant, and creative, and that he is making great memories for ME, despite all of the above.

The Worst Parenting Advice I Ever Received {And Why We’ve Made...