The silence in the room was deafening. The defeat was palpable. The goodbyes were swift and unenthusiastic. No post victory celebrations were to be had.

I wanted to say something to everyone as we made the slow march toward the car, our heads down, avoiding eye contact, just like everyone else. I don’t think anyone wanted to see the pain in anyone else’s eyes. I wanted to say how sorry I am for this loss. This victory was supposed to be yours, and it was quite literally, stolen from you thanks to a non-call on what I am told was obvious pass interference.

My heart is heavy tonight, and hear me out; I’m not a football fan. Don’t misunderstand; I’m a NOLA girl, through and through. I was born here. I have a signed polaroid picture of Bobby Hebert. I still remember the excitement I felt meeting Jim Mora at Time Saver. I didn’t follow football then either, but I knew he was the Saints coach.

I remember the days when Saints tickets were dirt cheap and fans wore bags on their heads.

In the late 80’s, our car windows were adorned in shoe polish, reading: Cha-Ching, 7-3 and maybe even a little drawing of the dome.

Somewhere between Cha-Ching and the rise of the boy band, I stopped paying attention. I always wanted the Saints to win, but I didn’t follow sports enough to even know when it was or wasn’t football season.

The next time the Saints caught my attention was September 25, 2006. I could feel the energy in the dome all the way from our tiny Dallas apartment. We didn’t know if we were going home anytime soon, or ever, but on that day, we learned that New Orleans, as a people, were going to be okay.

That September night, the Saints became so much more than a team with a loyal fan base. They became a beacon of hope for a city that had suffered in so many ways over the last year. The 2010 win was epic, but I can’t say it was as moving as when Steve Gleason blocked the punt and, well, you know the rest. In 2006, the Saints carried us out of one of the darkest times in the city’s history.

It’s hard to believe it has been nine years since they defeated the Colts in the big game. Our framed newspaper printout hangs beside my son’s bed. He wakes up every morning to the photo of Drew Breeze holding the trophy and the headlines AMEN! and BELIEVE DAT!

I don’t know about you, but I could use some hope right now. I really don’t follow football, but I kept up with the highlights of each game, my excitement increasing with each and every win. I know what happens to NOLA when the Saints play well. I can feel the buzz in the air. The sea of black and gold that would grace the city almost every Sunday brought us all a little joy.

Winning last week gave us an extra spring in our step and caused plenty of my friends to purchase a gold sequin jacket. This game was such a big deal. Downtown New Orleans started the party Friday with an afternoon pep rally. People were buying new Saints gear, and we had a little feud with Atlanta’s mayor. Memes flew about. Timelines were filed with WHO DATS and 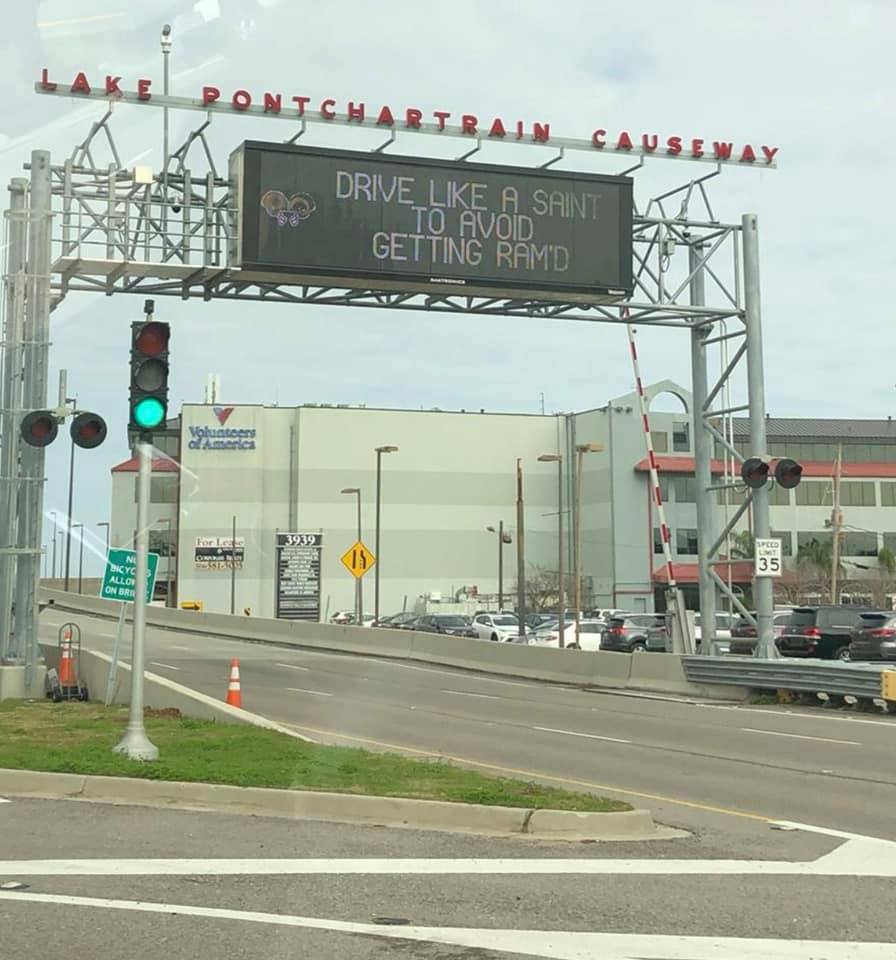 if they didn’t before, everyone’s favorite emojis now include black hearts, gold hearts and a fleur de lis. Families planned get togethers or booked reservations. Even the Causeway got in on the trash talk.

Game Day was a beautiful, albeit cold, day. A day of togetherness. Even I, the girl who has no football attire other than a GO SPORTSBALL shirt, dressed my kids in their jerseys and went to Urban South to view the NFC Championship game. I was there to support the Saints and to support my city. I went to hang out with fellow New Orleanians and to share in what everyone was sure to be a historic moment.

The game was so good. I’m glad I could be there, but oh how my heart breaks for the Saints fans. Those of you who love the game. Who love the team. Who possibly returned to the exact spot you were when the Saints beat the Vikings, securing their spot in Superbowl XLIV.

I’m so sorry for your loss.

This season was one of hope, and I know you’re sad it’s over. There’s always next year though. That’s the beauty of New Orleans. We’re resilient and we don’t give up hope. Not in the face of a loss, no matter how big or small. We keep trucking along. And that’s what makes me love this city. Let’s take a minute to mourn the loss before we get back up, put on our gold glitter jackets and head to the parades. 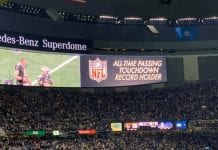 Shoutout to Brittany Brees :: Hey, Brittany! Can I Call You Brittany? 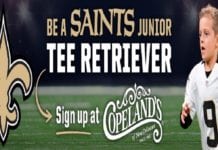 It’s Not Too Late to Score With Your Kids :: Copeland’s Jr. Tee Retriever 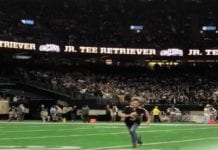 Your Kid Could Be the Next Copeland’s Jr. Tee Retriever at a Home Saints Game

Finding Time to Unwind: The Importance of Downtime

Yes, I’m Angry. You Should Be Too.