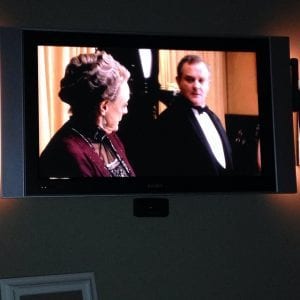 I will come right out and say it: “I am a couch potato.” I think couch potatos get kind of a bad reputation because in no way do my television watching habits mean that I am a loaf or lazy. (Don’t get me wrong; pre-kids, I could spend an entire Saturday watching Sex and the City reruns). It just means that after a really long day, I enjoy escaping into the worlds of spies and cops and bachelorettes and housewives and lawyers and doctors. So in the hope that someone out there shares my love of the small screen, I thought I’d tell you about what I’m watching as this new television season is upon us.

Downton Abbey (Premiers January 5th): With football season coming to a close (although let’s hear it for our boys and at least one more week of the black and gold!), I need something to keep Sunday evenings a thing to look forward to. Re-enter, Downton Abbey. If the walls of Downton could talk, just imagine the stories it would share! And in that amazing British accent, no less. I am hopeful that this season will bring happiness and prosperity to Downton. I don’t know if I can take any more tragic twists of fate, but they do make for incredibly compelling television!

The Bachelor (Premiers January 6th): I know, I know … I’m a thirty-three year old mother of one, and I watch this show. I just can’t help it. I succumb to the romance, the cat fights and the terribly unoriginal introductions every time. Juan Pablo seems like a great dad and a nice guy. Here’s to his future five month engagement!!

Brooklyn Nine-Nine (Premiers January 7th): So I didn’t watch this when it premiered this fall, but I have heard great things! And I could use a weeknight laugh every now and again. They shouldn’t be hard to come by with Andy Samberg at the helm. We recently watched the movie Celeste and Jesse Forever that he co-starred in, and he was fabulous. It made me look forward to this premier even more!

Psych (Premiers January 8th): There are very few things that make me laugh so hard my belly hurts. One of them is this show. Shawn and Gus are the best TV duo ever to duet. I know what you are thinking, there’s Laverne and Shirley, Lucy and Ethel, Bert and Ernie, Jerry and George … but none had the gusto of those two. They get themselves into impossible predicaments, and their mishaps that occur along the way make for complete hilarity.

American Idol (Premiers January 15th): Admittedly, I do not typically watch this show. I don’t love shows where the TV audience gets to vote. I would prefer if the panel, who are a better judge of marketable talent, select the winners and losers weekly. But, I am very interested to see how Harry Connick, Jr. spices up the show. He seems like a very genuine person, so I think he’ll bring a great perspective to the show.

Parenthood (Premiers January 2nd): For the sake of my emotions, I should remove this show from my “to be recorded” list. Over the past few seasons, they have covered every tragic circumstance that could happen in a family, and they do it so well, so authentically, that it tears me up each and every week. Yet, again, I will put on my seatbelt and strap in for the emotional roller coaster that is Parenthood.

Flowers in the Attic (Premiers Saturday, January 18th): Lifetime will premier the made for TV movie adaption of the book by the same name. It stars Heather Graham as a mother who hides her children in an attic for years in an attempt to inherit a fortune. The children (one of whom is Mad Men’s now all grown up Kiernan Shipka) are overseen by their horrifically abusive grandmother played by Ellen Burstyn. The previews look amazing!

The 71st Annual Golden Globe Awards (January 12th): I am an award show junkie!!!! The glamor, the dresses, the speeches – I love it all! And with Amy Poehler and Tina Fey taking the hosting reins again, I imagine it will be a fun-filled evening. 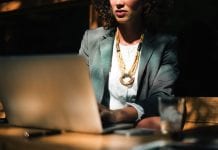 Chocolate Birds’ Nests: An Easy Recipe That Will Win You Room...

Q&A: Ten Things About Me